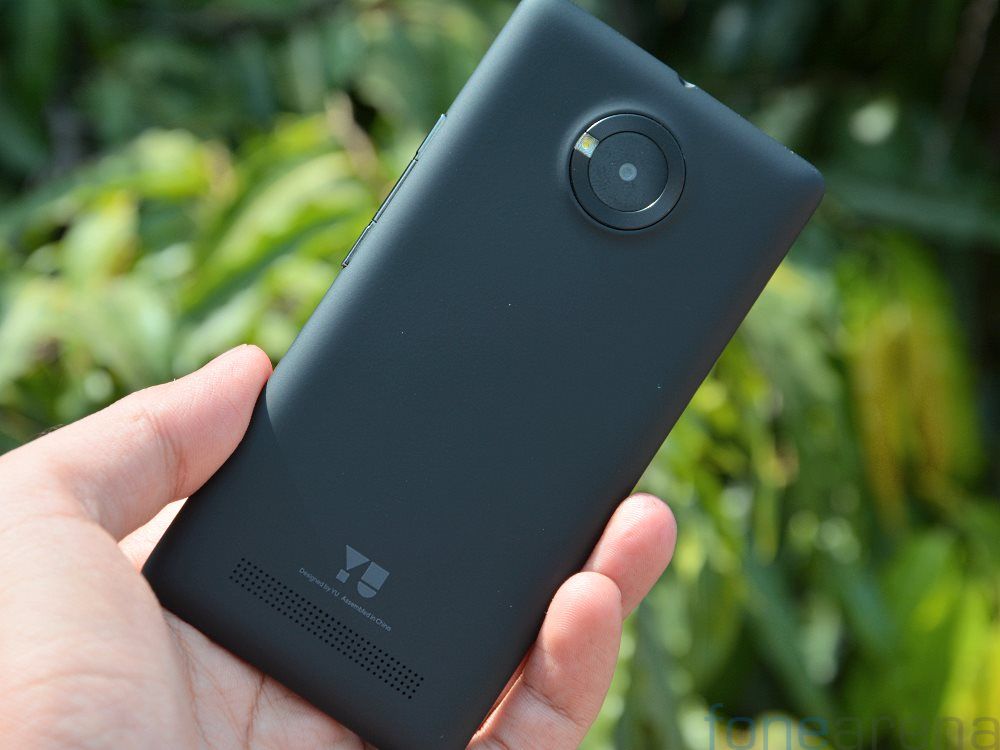 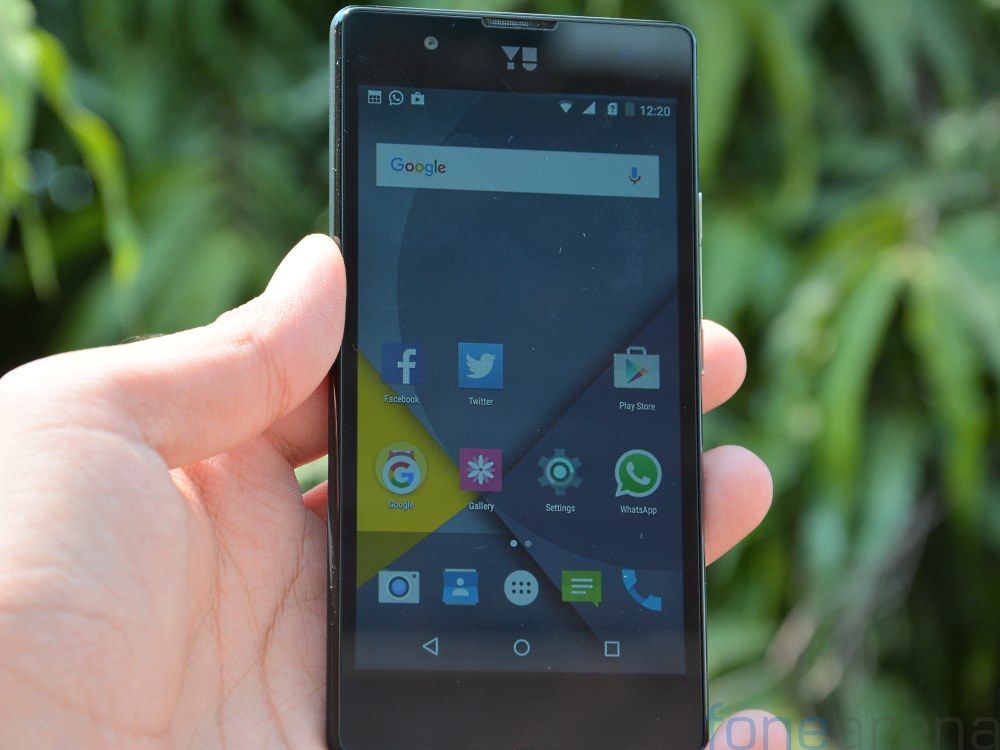 YU Televentures which is a subsidiary of the popular domestic player Micromax, last week launched an affordable 4G smartphone the YU Yunique in India at Rs. 4,999. The smartphone will be exclusively available on Snapdeal through flash sales staring September 15. While the device specifications appear impressive for the price, is it really worth the purchase? We find out.

While the name of the smartphone is Yunique, the design is not. At first, you will definitely confuse it for YU Yuphoria. The handset looks a lot like the Yuphoria, we would rather call it to be the younger brother of Yuphoria with similar design cues, but without the signature side metal rim. Though this one is completely made out of plastic, it still doesn’t feel cheap.

The front is nice and black. The display is 4.7-inch HD Corning Gorilla glass display, which to our surprise has got good brightness, but it is slightly reflective at the same time and does attract fingerprints / smudges.

On the top the display sits the front facing 2-megapixel camera with proximity sensor, ambient light sensor, earpiece grill with notification LED inside, and a very subtle YU branding in the center. 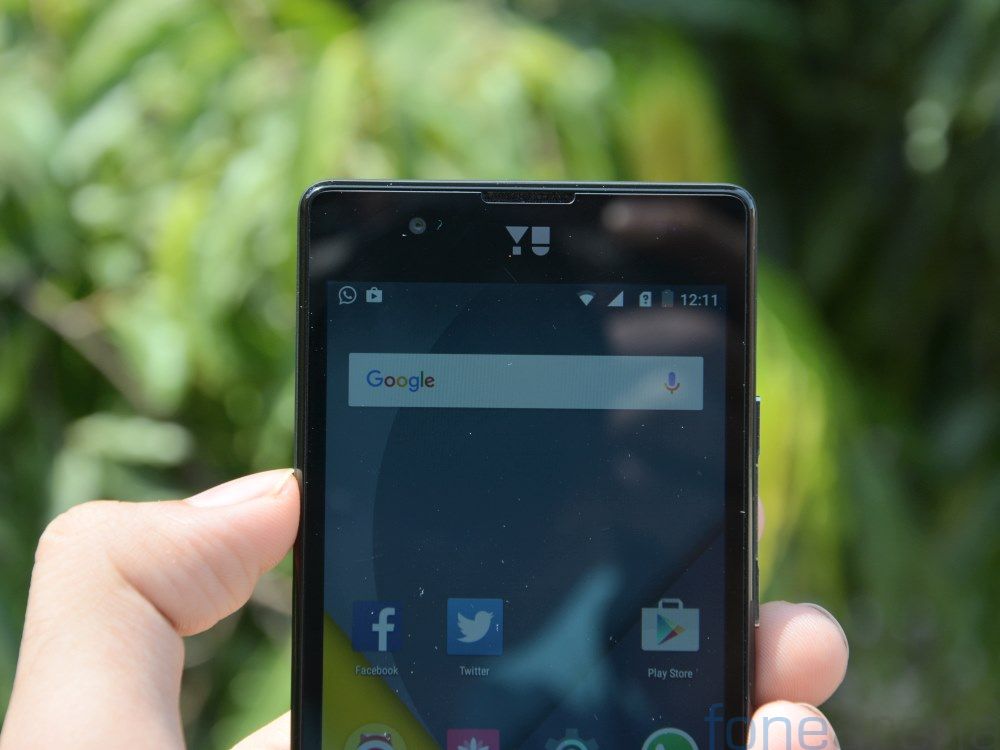 The power lock / unlock key sits in between the volume up and down keys on the right edge, and the left edge has got nothing. On the top is 3.5mm audio jack and bottom has the Micro-USB charging / data port.

Moving over to the back, you will find exactly same 8-megapixel camera like the Yuphoria. The black ring around the camera module fits in the LED flash, again same as Yuphoria. Then there is YU branding and the speaker grill at the bottom. The back has got soft rubberized matte finish which goes to the curved edges as well.

Once you take off the rear panel, underneath you will find the two Micro-SIM card slots along with the microSD card slot. Unfortunately, the 2000mAh battery is non-removable. 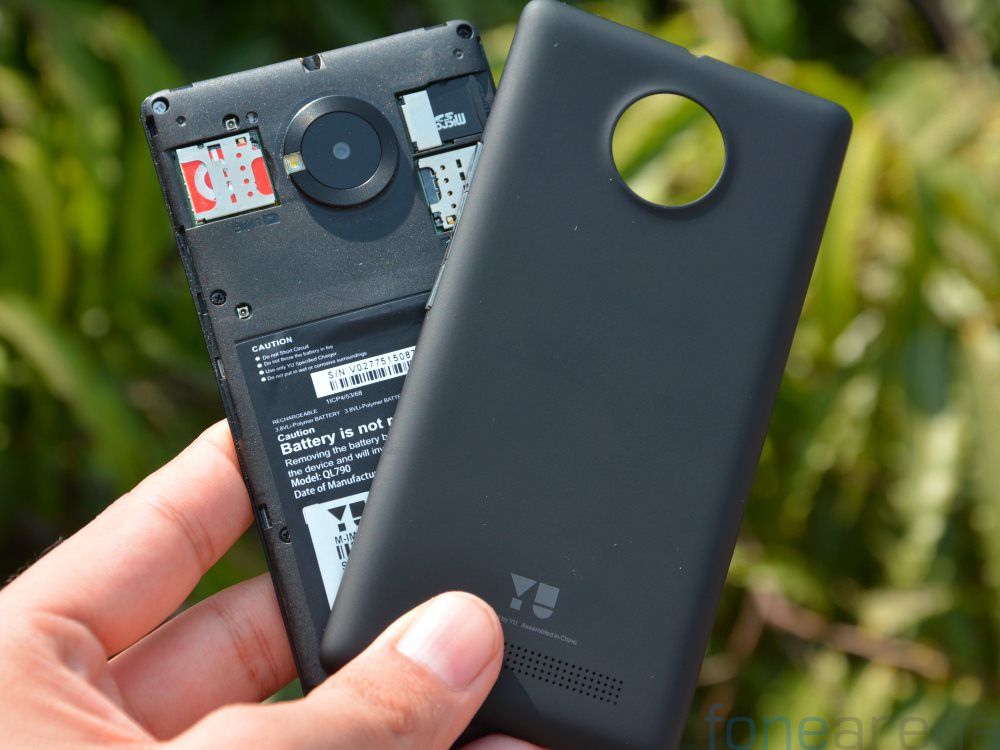 The handset only weighs 128 grams and measures 134.5×67.5×8.3mm, making it suitable for one hand operation. Overall, my personal take on the design and built of YU Yunique Is that the device looks and feels premium for the price.

The display is nice and bright. The colour reproduction is also close to natural, so you won’t find the oversaturation anywhere. Videos appear good on this 720p display and the viewing angles are quite decent as well. Sunlight legibility is little poor because of reflective screen. There is one little issue, the touch is slightly over sensitive and we sometimes felt that it was little inaccurate too. But nevertheless it is still a better display, especially for phone in this price bracket. 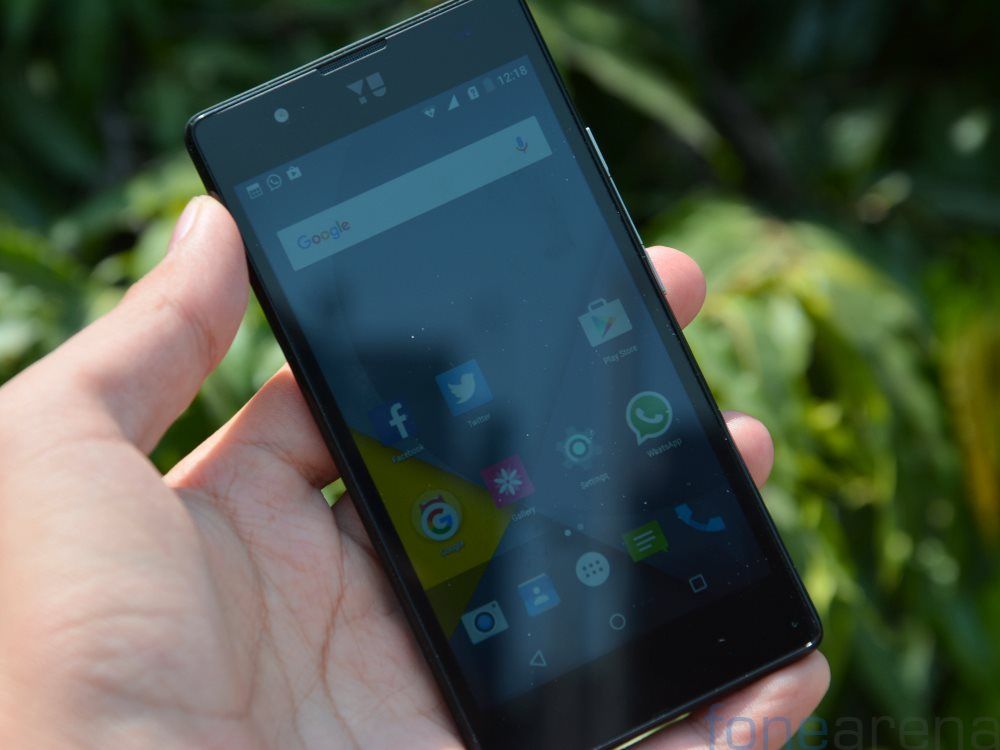 The combination on papers is definitely impressive for the price, but it doesn’t deliver in reality. Sometimes we were really happy with the multitasking and then sometimes it was disappointing. The 1GB RAM seems insufficient too. But that being said, we still feel Yunique is an okay performer, although inconsistency remains a factor. 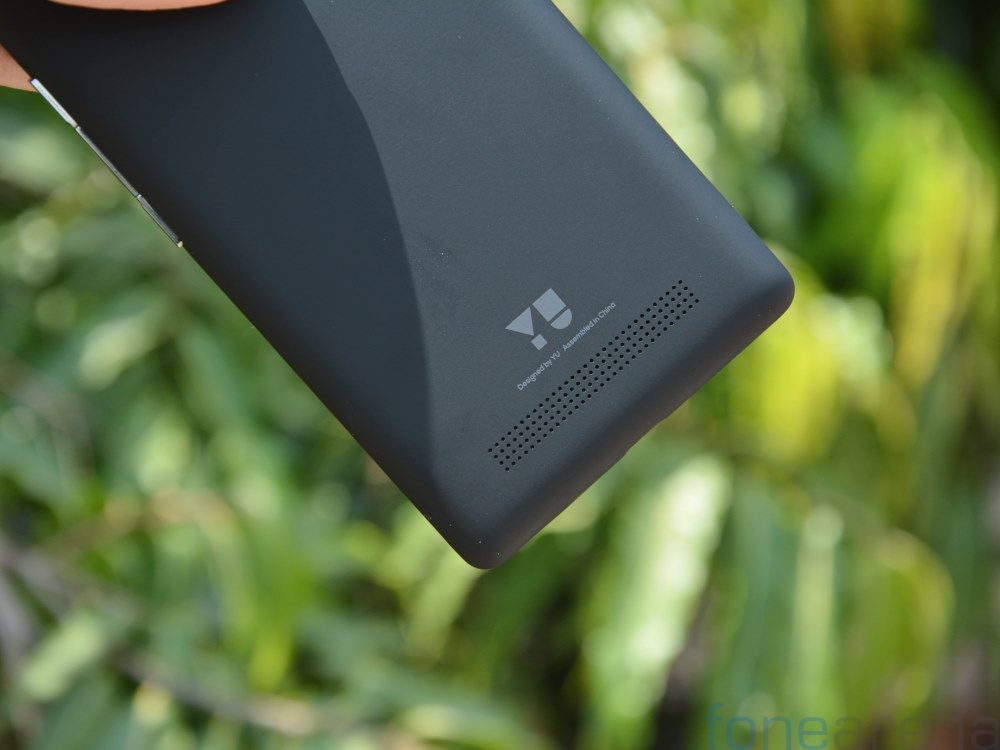 Talking about the gaming experience, the device can smoothly run games like Candy Crush, Temple Run, Subway Surfer and more. But for the heavy games like Asphalt 8, the gameplay lagged significantly.

Audio quality on the Yu Yunique is good. The output on headphones is mostly clear and loud. Loudspeaker output is decent as well, but it is little low. It also features FM radio. Video quality as we have already mentioned with the display review, it is good. The phone even supports USB OTG and video playback through the flash disk was smooth too. Apart from the 8GB (4.08GB user available) internal storage, there is support for microSD card (up to 32GB). There is an option to move apps to SD card as well.

Coming to software, YU Yunique runs latest Android 5.1.1 Lollipop out-of-the-box. The software is mostly stock Android, but it still has some tweaks on the top, just like Micromax Canvas Spark Q380. The OS runs smooth and more importantly there is very little pre-installed bloatware by the company. 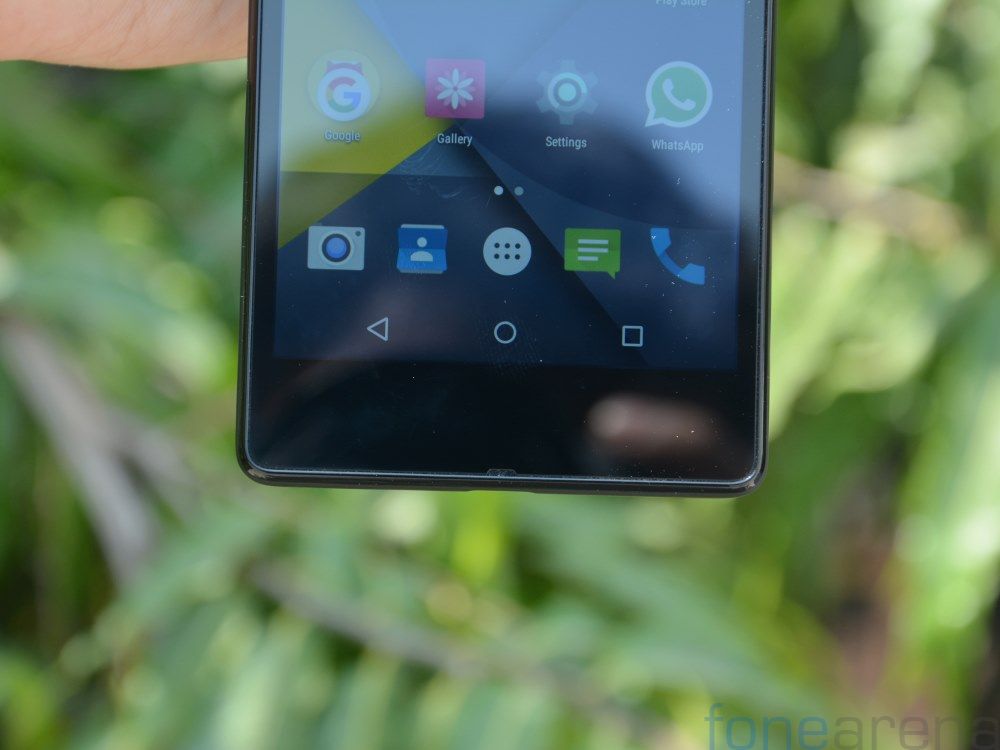 During its launch, company had said that it will also support Cyanogen OS 12.1, which essentially means that you can either flash it yourself or can visit the service center to get the custom ROM installed. YU promised that it will still provide the warranty even if that custom ROM isn’t Cyanogen. So you basically flash the device with any custom ROM of your choice. 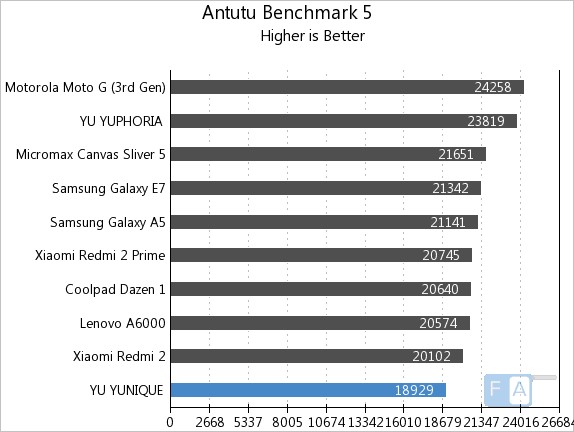 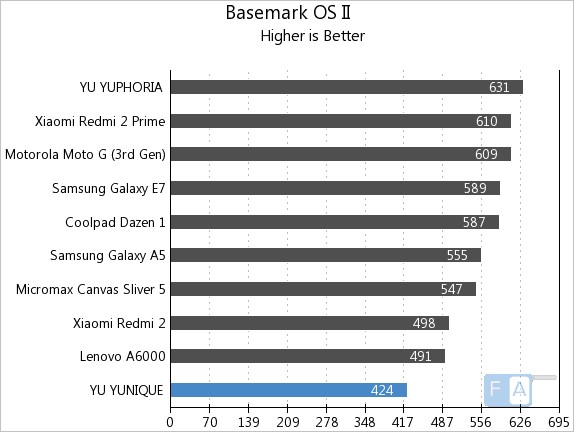 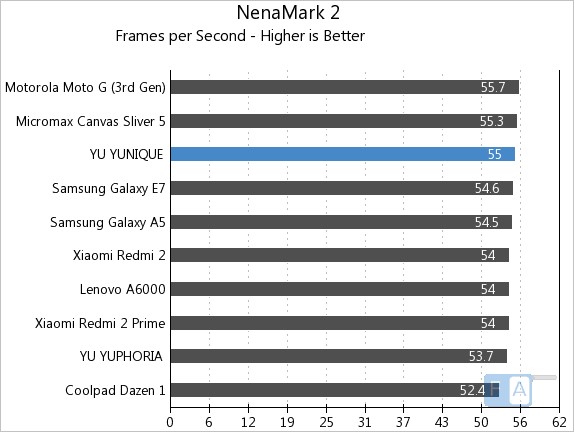 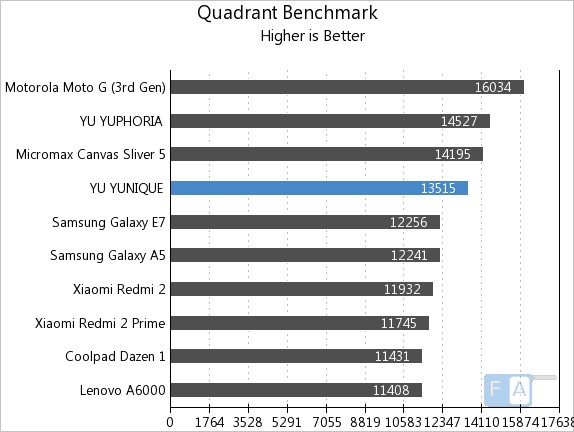 The YU Yunqiue has an 8-megapixel rear camera with f/2.0 aperture and LED Flash, along with a 2-megapixel front-facing camera, 83-degree wide-angle lens, and f/2.4 aperture. 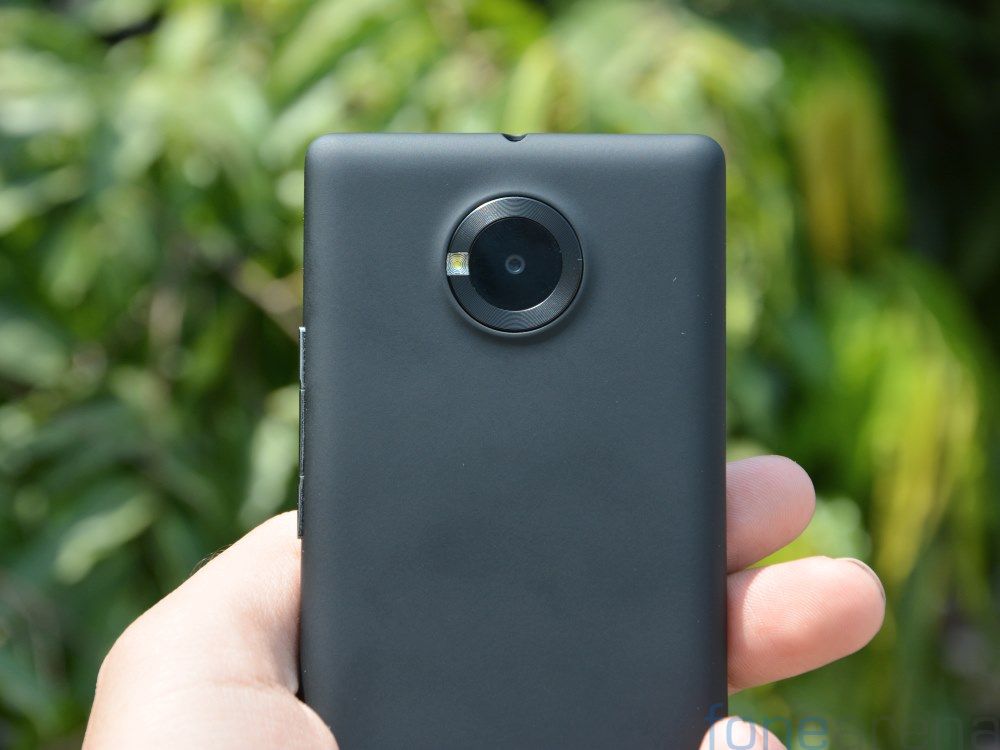 While the rear camera shutter speed, auto focus and the tap to focus is impressive for the budget, it still has overall poor quality performance. The shots taken in low light, indoors or even outdoors in daylight had too much noise. It didn’t appeal as an 8-megapixel shooter to us. Also, the front camera is poor for a 2-megapixel. Check camera samples below. 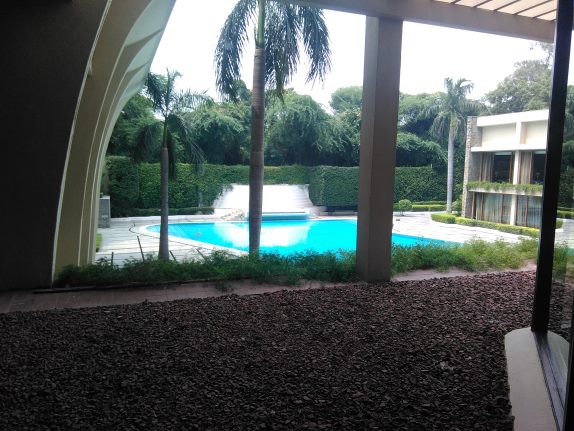 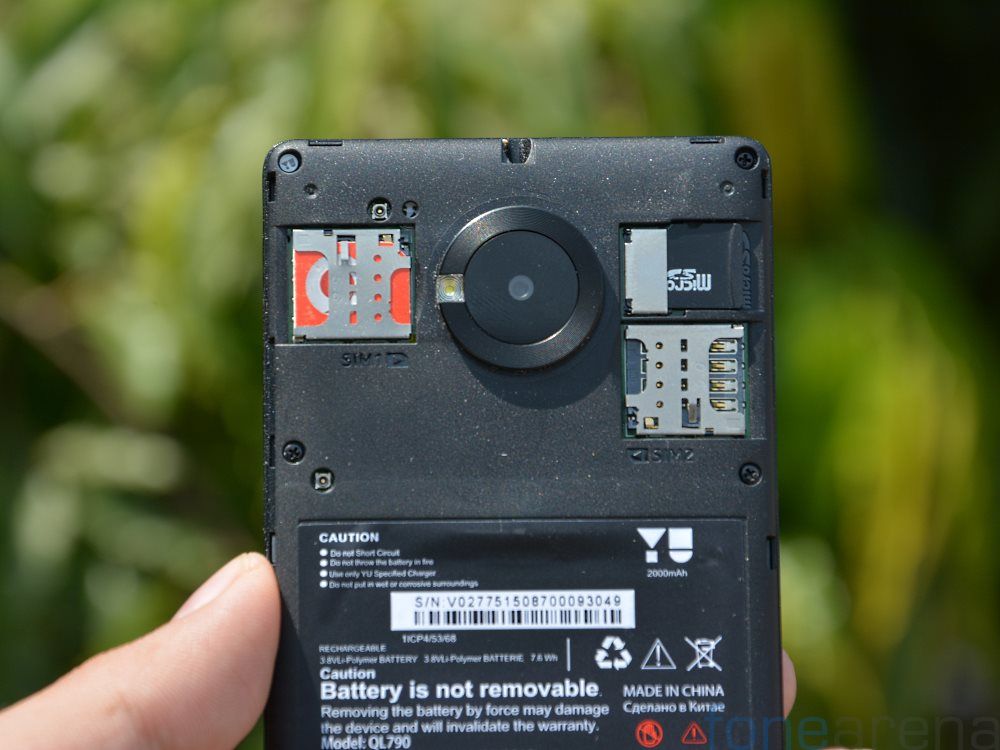 The 2000mAh battery on the device is non-removable, which might be a deal breaker for some. Coming the battery life, the device does a fair job. In our test the battery lasted for about 13-14 hours on a single charge) with average use on single-SIM and with 3G connectivity.

To sum up, we would say that YU Yunique is a nice package at Rs. 4,999. One of the highlight of this phone is its 4G connectivity support. Not that the market doesn’t have 4G smartphone at this price. Lenovo recently launched its most affordable 4G smartphone the A2010, and Chinese smartphone maker Phicomm launched the Energy 653 at the same price. But as of now, we can’t pick one device among these since we are yet to review the other two. Purely going by the specifications, YU Yunique has an upper hand.

Though there are some flaws in this device, but we still feel that it is decent smartphone at this price. It can definitely run your daily tasks at ease. So we will totally recommend it to you. But yes, if you are a heavy user and can spend a little more money, then you should consider Xiaomi’s latest ‘Made in India’ smartphone the Redmi 2 Prime.

Overall, we feel that YU Televentures seems to have a winner on their hand with Yunique. But this is only if the company can deliver to what it promised during the launch – which is after sale service and warranty to consumers who flash their devices to a custom ROM.