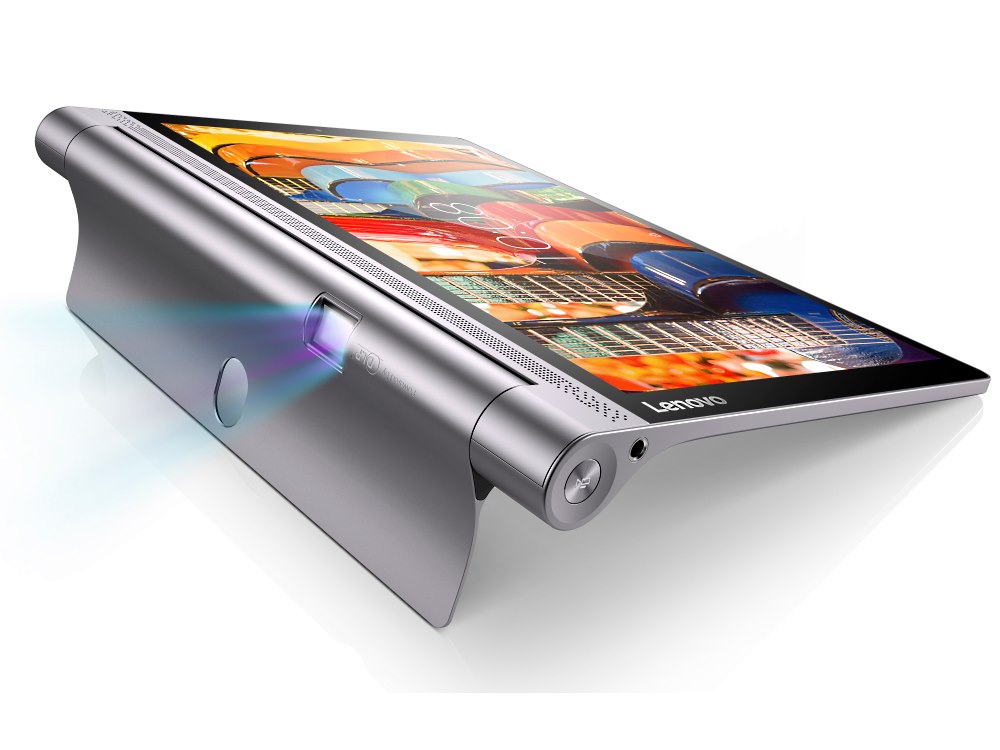 The tablet flaunts a better optimized projector placement on 180-degree rotatable edge (unlike Yoga Tablet 2 Pro) and can beam life-sized images up to 70-inches onto a wall or ceiling. The projected images will be significantly brighter and cinematic than the predecessor Yoga Tablet 2 Pro, claims Lenovo.

The Yoga 3 Pro comes pre-loaded with a Netflix app to deliver personalized recommendations and content, right from the home screen of the tablet. It also features Dolby Digital Plus, which Netflix streams with its HD content.

The Lenovo Yoga Tab 3 Pro is priced at 349 Euros for Wi-Fi only variant and 599 Euros for LTE variant. It will be made available from November via Lenovo’s retail partners.