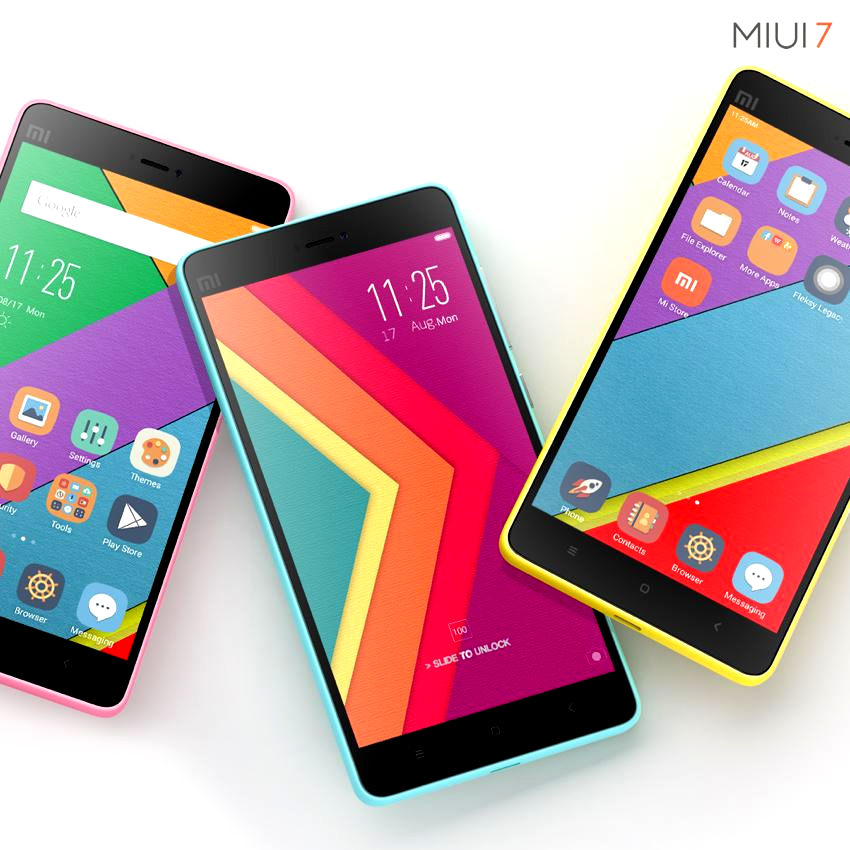 Xiaomi just announced the MIUI 7 at a conference in Delhi today and we’re bringing you this article to highlight the main changes and improvements over the former MIUI 6. 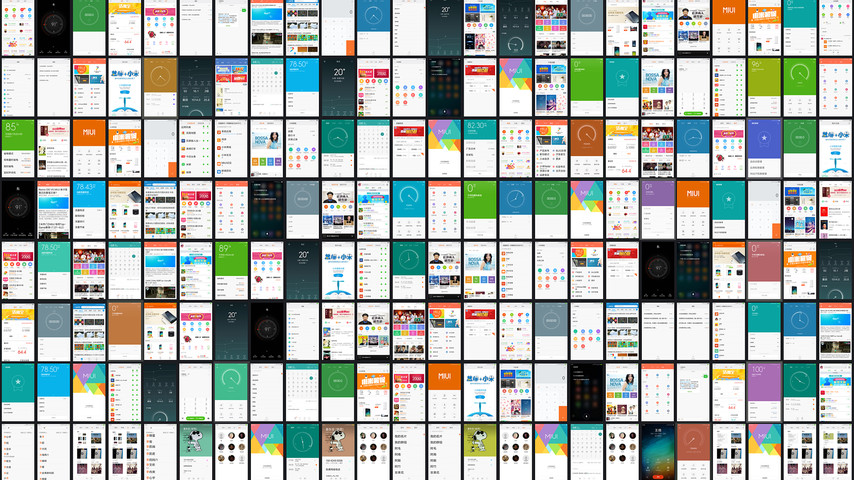 Xiaomi claims that MIUI 7 brings about a 30% increase in speed. It does so by optimising the system response time in such a way that it loads both app data as well as app animations simultaneously.

Battery life is one of the primary concerns on any smartphone. App draw as much as 48% of power from the battery even during the standby when accessing features such as GPS, data networks and scanning for Wi-Fi. MIUI 7 optimises popular apps in such a way that it reduces battery consumption by upto 25% which translates to around 3 hours of extra battery life each day. 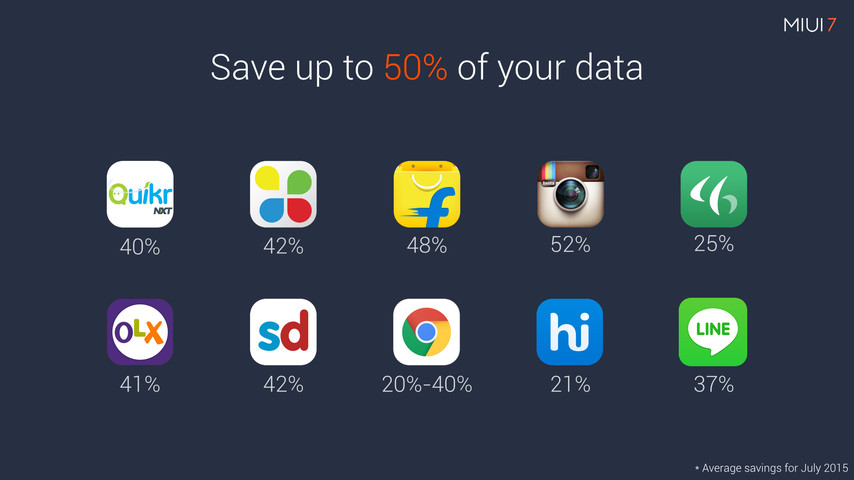 Like we posted earlier today, MIUI 7 also makes use of Opera Max in order to save the amount of data consumed by smartphones. Users can save upto 50% of their data usage using this method. The data saver feature will roll out in September in countries such as India, China, Singapore, Malaysia, Philippines, Hong Kong, Taiwan and Brazil. 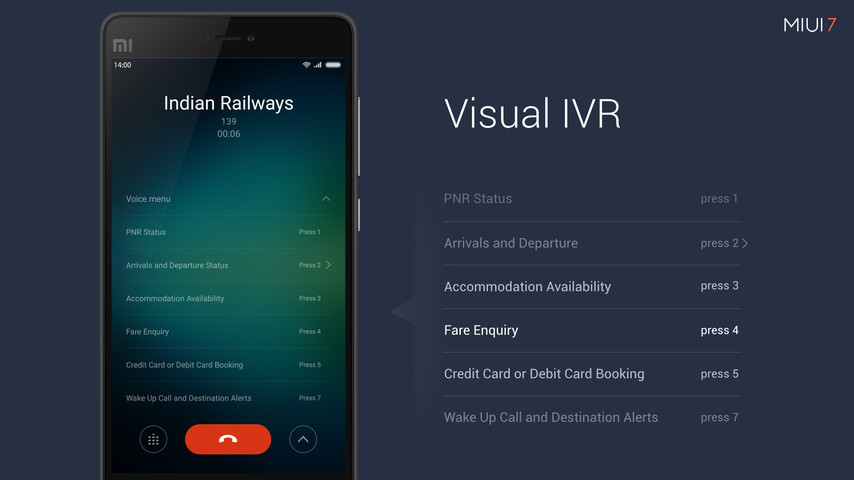 If you are as annoyed as us by the annoying voice prompts that you get when you call a helpline or any automated answer service then this feature will probably be a lifesaver. Interactive Visual Response (IVR) allows you to quickly bypass those annoying voice prompts and instead offers you visual response lists. This is available for over 50  Indian partners such as CitiBank, Tata Sky, Spicejet, Indigo etc.

Another advantage of IVR is the ability to segregate a particular type of message or notification into one category. For example all your messages from banks go into one place which makes it easier to trace. 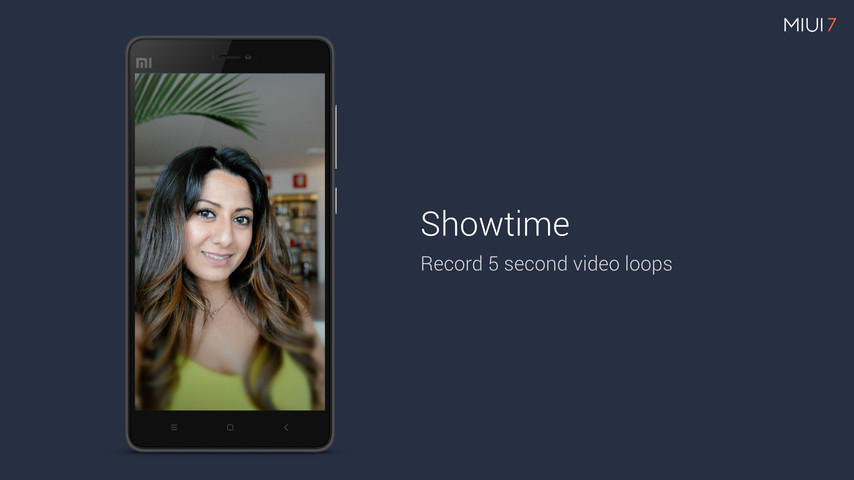 Calls are now even more interactive and fun with Showtime. The feature allows you to record short ‘Vine’ like video loops on your smartphone and set that as a contact card that can be shared with your friends. 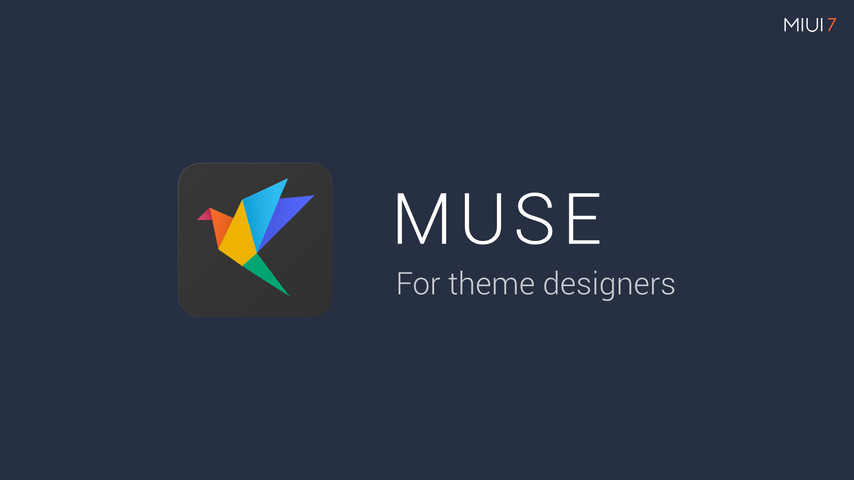 MUSE is a new feature that allows even regular users to create themes that have nice animations and dynamic content without needing to have complex coding. The new theme designer also allows users to run games on the lockscreen if they want to however we aren’t sure about the impact on the phone’s battery life when doing so.

MIUI 7 is smart enough to recognise OTP passwords and lets you easily copy and paste it rather than having to memorise it or refer to it multiple times. 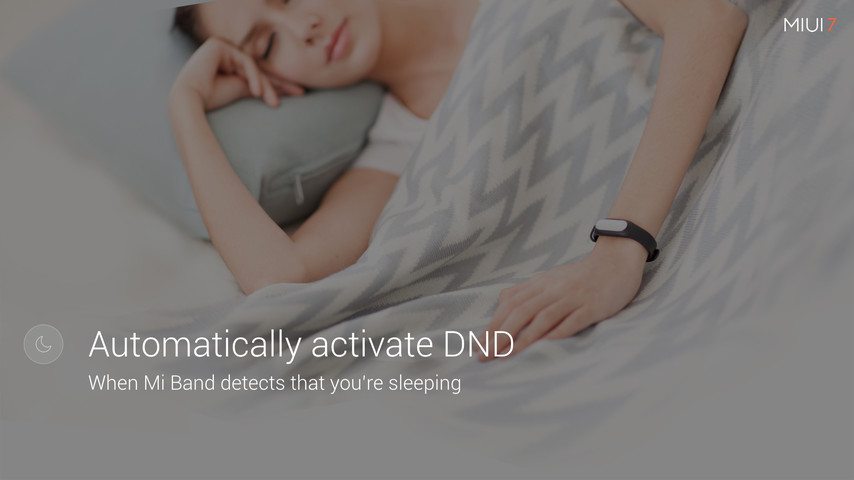 A new DND (Do Not Disturb) mode for the Mi Band allows the phone to detect when you’re asleep and accordingly mutes notifications and vibrations. However any alarms that you have set will still go off to make sure you don’t miss out on anything important.

No, MIUI 7 doesn’t come pre-loaded with ‘Magic Mike XXL’. What it means is that users can adjust the text on their phones to a much bigger size that is easier and to read and reduces strain on the reader’s eyes. 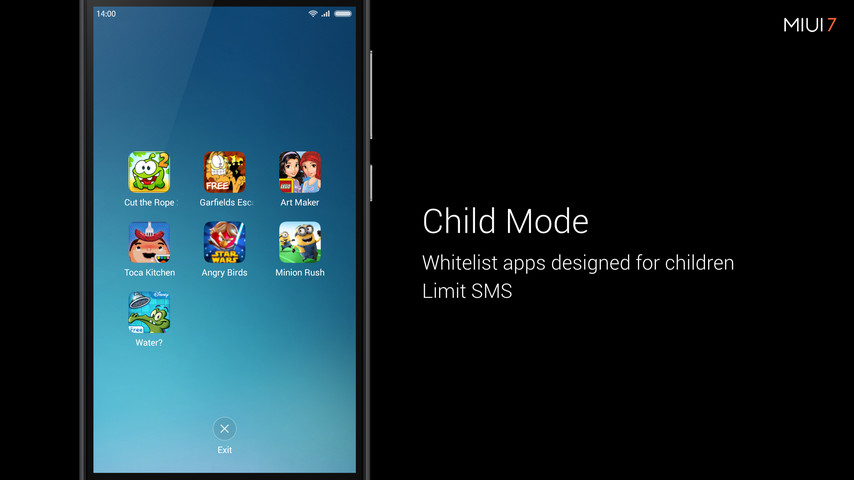 This allows parents to restrict their child’s access to information such as texts or emails but still allows them to use the phone and grants them access to apps that you choose in the settings.

Praveen contributed to this report