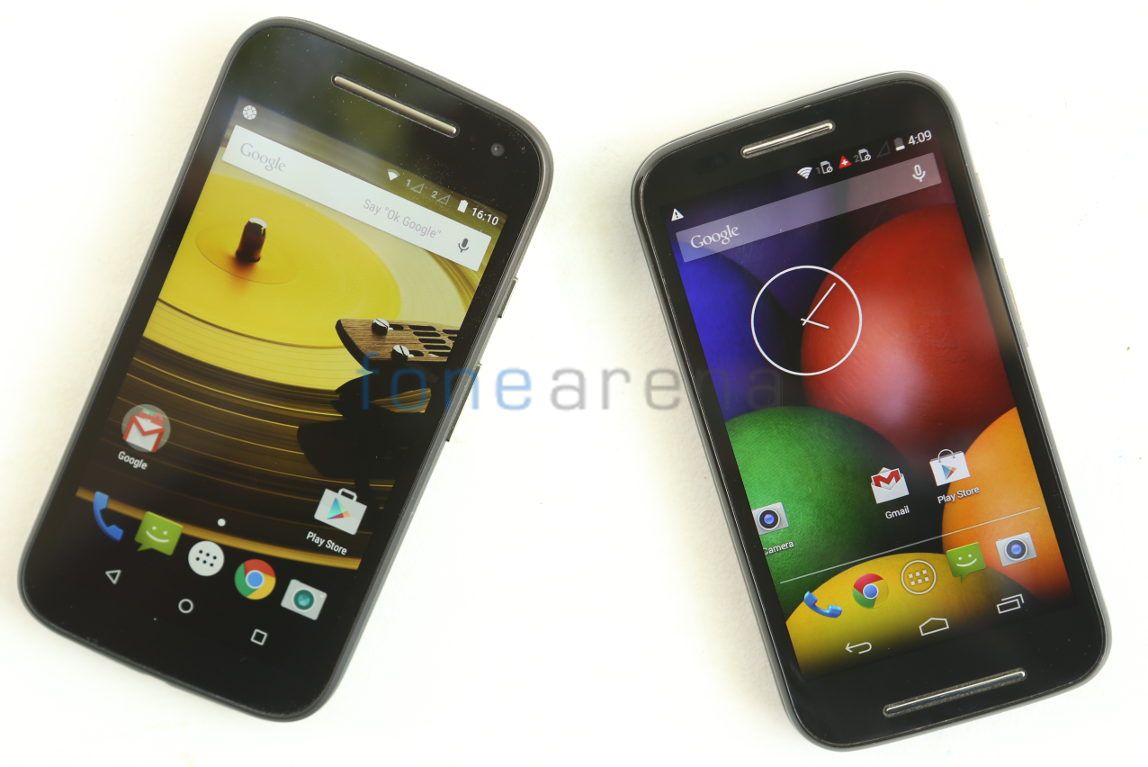 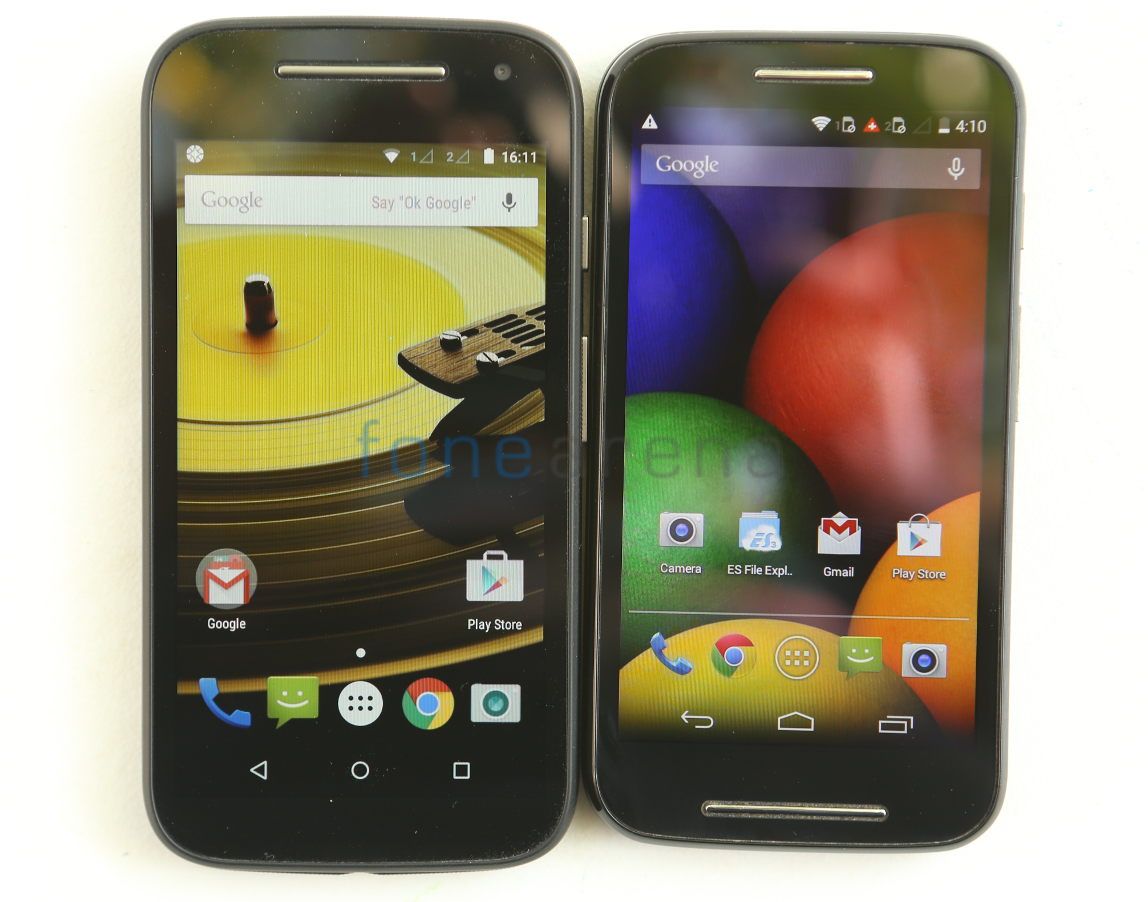 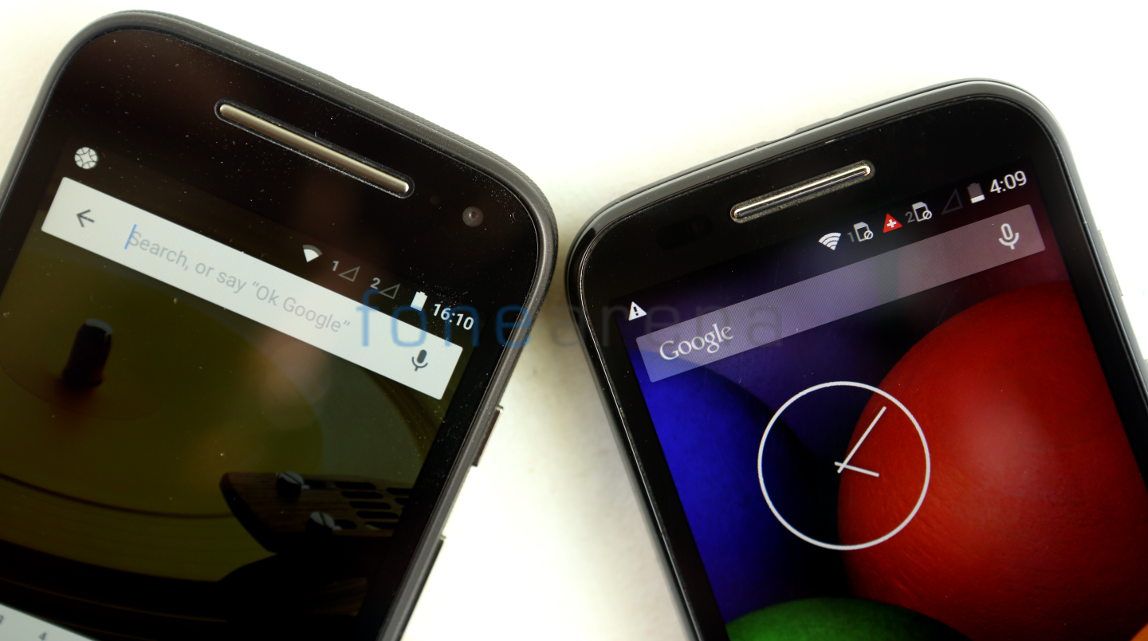 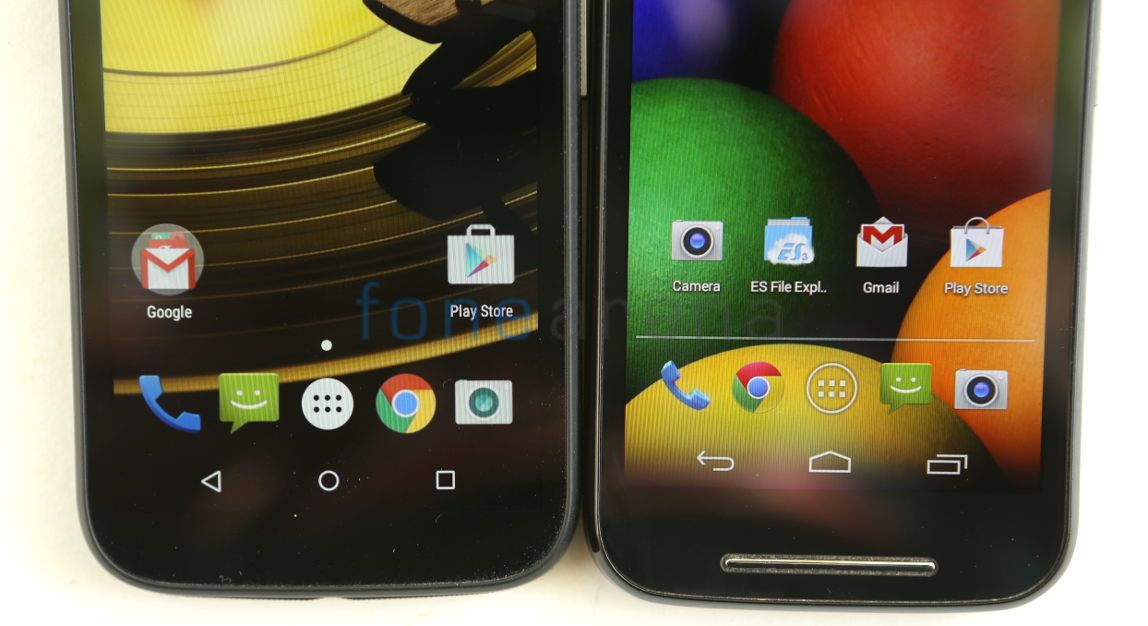 Both the devices have on screen touch buttons while the Moto E has an additional speaker at the bottom. 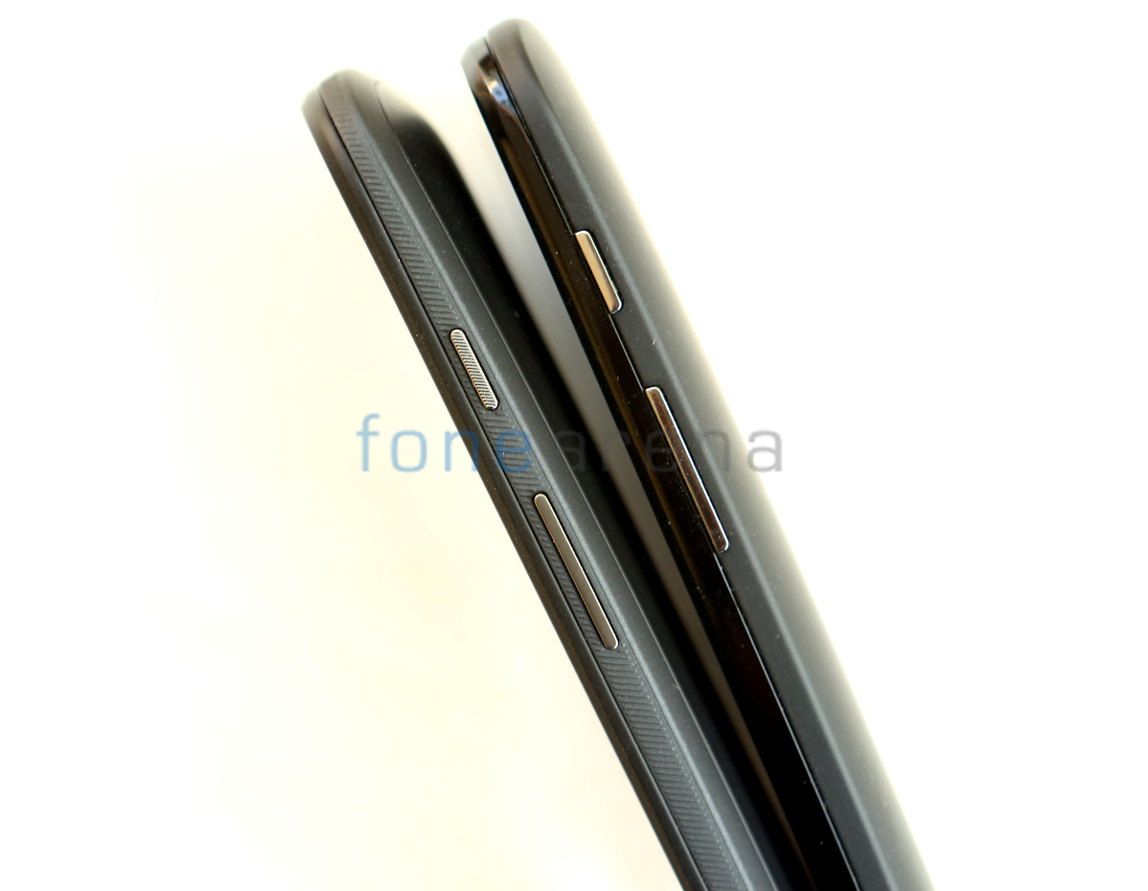 Both the devices have power button and volume rockers on the right side. 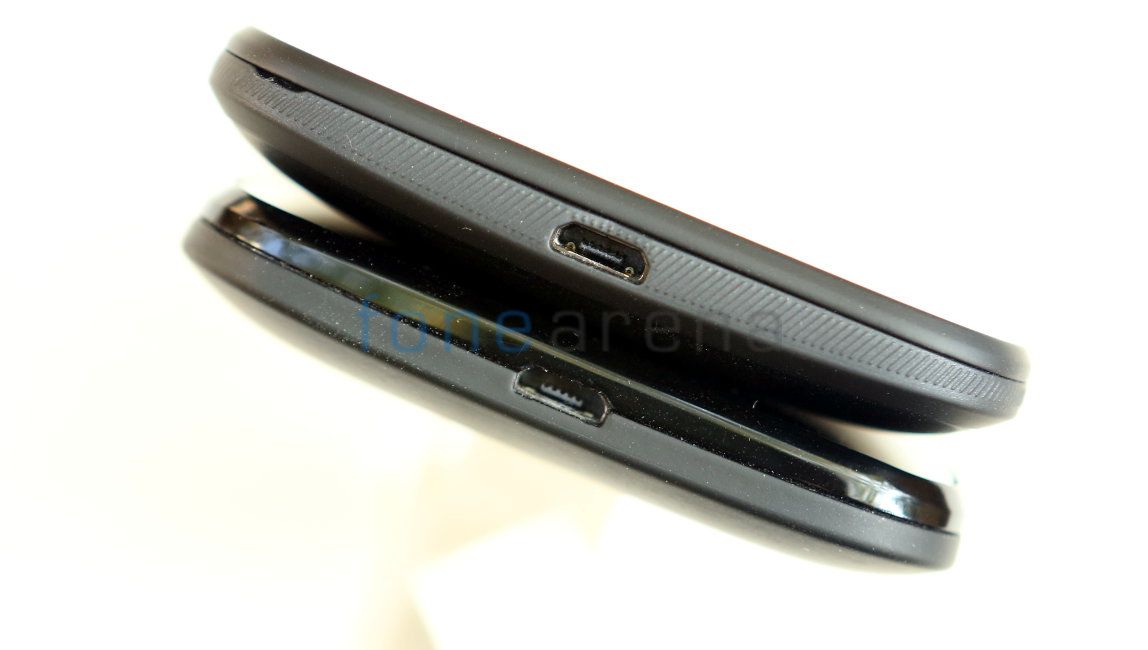 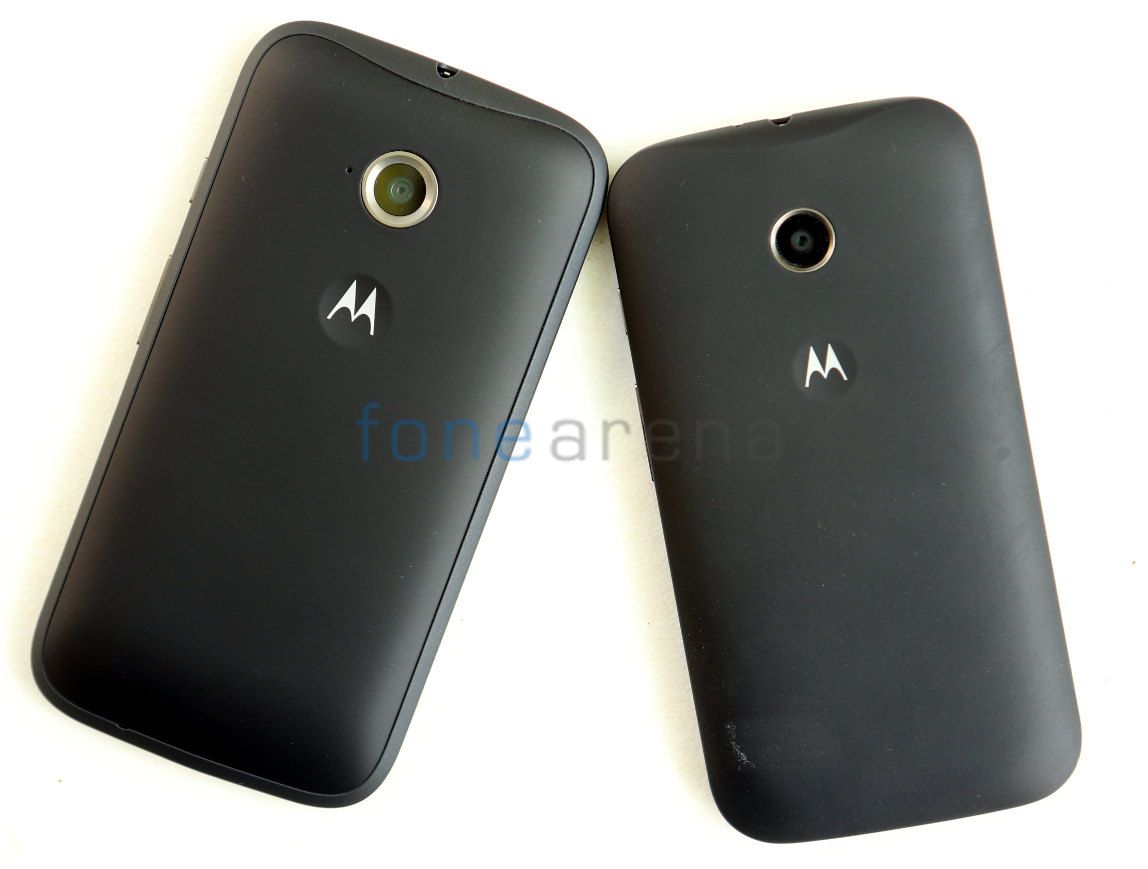 Both both the devices have 5MP rear camera along with the Motorola logo at the center. The Moto E had a fixed-focus rear camera, but the new Moto E has a auto focus camera.

The Moto E  (2nd gen) has a band around the edges, compared to removable back cover on the first-generation Moto E. 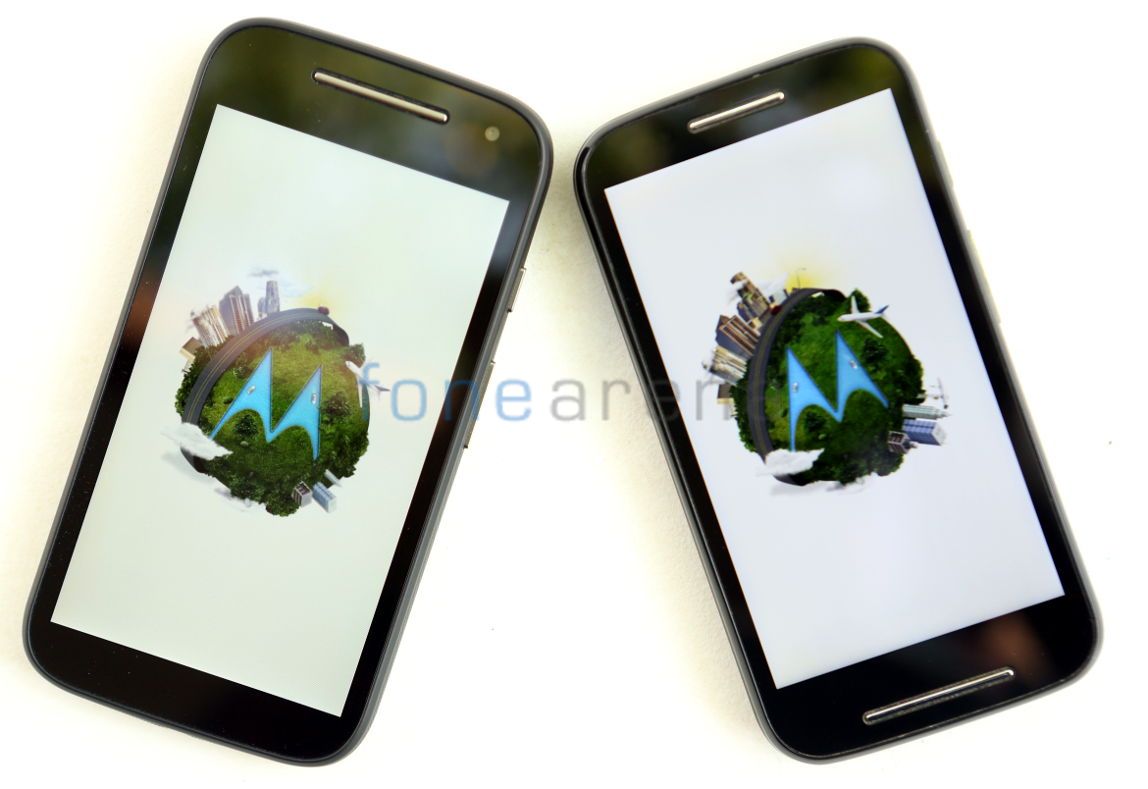