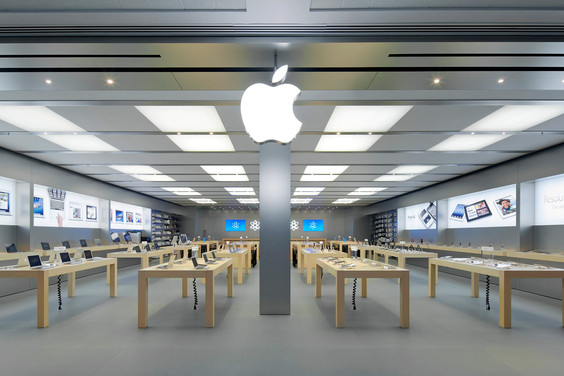 Shortly after the global launch of the iPhone 6, Apple called its latest smartphone the greatest yet and according to recent figures, this has translated into sales and a noticeable improvement in Apple’s UK market share. Kantar Worldpanel Comtech report that strong sales of the iPhone 6 and iPhone 6 Plus resulted in Apple’s market share reaching 42.5 percent in November.

In the UK, the sales of both new iPhones saw the Cupertino company’s market share rise to a record 42.5 percent in November which is up from 30.3 percent a year earlier and up from 39.5 percent in Q3. The folks at Kantar accredited this to the sales of the iPhones and whilst the rise is great news for Apple, it spells bad news for Google.

Apple’s rise meant that Android market share dropped by 6.7 percent year on year to 49.7 percent in November. Kantar note that this was largely driven by the rapid and unexpected decline in Samsung smartphone sales although it was arrested somewhat by sales from other OEMs such as HTC, LG and Motorola.

“The iPhone 6 was the best selling phone in the three months through November 2014, capturing 19 percent of smartphone sales. A decline in Android market share does not necessarily translate into bad news for all the ecosystem’s players. The choice of brands and devices within the ecosystem empowers consumers to drive different fortunes for the players in it. In the three months ending November, Samsung particularly felt the pressure and saw its market share decline across Europe and in the US. By contrast Motorola’s share grew thanks to the refresh of the Moto X and Moto G offering good value for money.”

Kantar’s research also found that Apple is creeping up on Google in the USA (holding 44.9 percent and 45 percent respectively) and that the iPhone maker has overtaken Google in Japan (53.8 percent versus 42.4 percent). The research also found that both Microsoft and BlackBerry have suffered in the past twelve months, slipping from 10.6 percent and 2.7 percent in November 2013 to seven percent and 0.8 percent respectively in November 2014.

With Samsung set to launch its Galaxy S6 smartphone a full six months ahead of the proposed iPhone 6S/iPhone 7 launch later this year, can the Korean manufacturer help arrest Google’s decline?