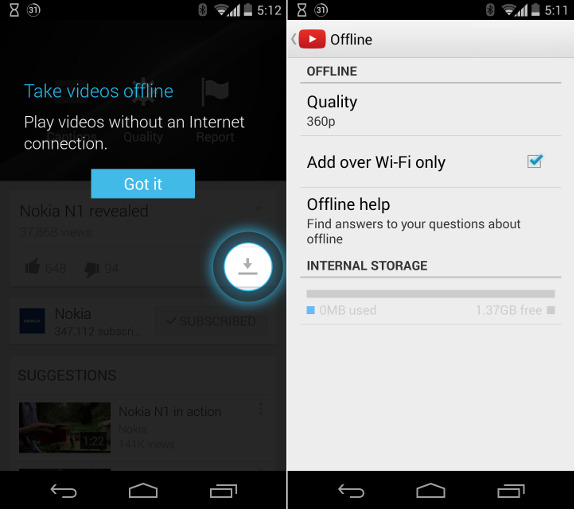 Yesterday we reported that Google has started rolling out YouTube Offline Playback in India for Android. Today Google has officially launched offline playback feature for both Android and iOS devices in India. This lets you take videos offline to watch later during short periods of low or no internet connectivity. You can update to the latest version of YouTube on Android and iOS to experience offline playback in India. 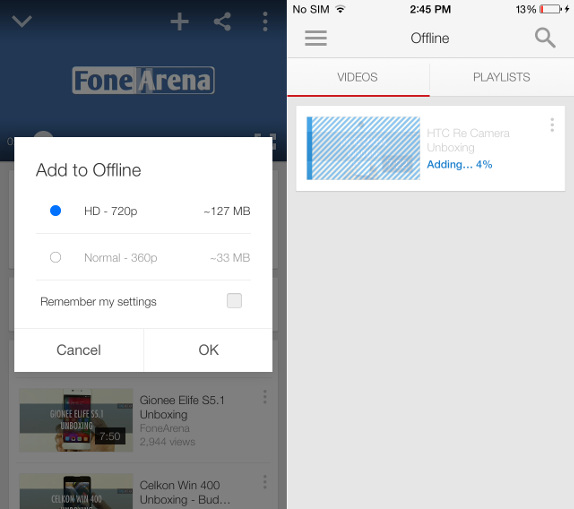 You can add videos to watch it offline by selecting an icon below the video or by selecting Add to Offline from a video’s context menu. Once added, an available offline icon will be displayed below the video. There is a separate playlist called Offline, to view all the videos that are saved offline.

You can also remove the saved videos if you don’t need them anymore or if you are running out of space on your device. If you have less than 5% of storage space remaining, you won’t be able to add videos to offline. There is a separate offline setting that lets you select the video quality and select option to add over Wi-Fi only.

In a country like India, the future of the Internet is mobile. By launching this offline experience on YouTube in India today, we hope to help people move past the challenges of data connection, speed and cost to enjoy a smooth, buffer-free version of YouTube.

Starting today, much of the popular YouTube content in India is already available for people to view offline, including video content from some of India’s household names for entertainment and music, including T-Series, Saregama and Yashraj Films. Making these popular videos available for offline playback will help people move past the challenges of data connection, speed and cost to enjoy a smooth, buffer-free version of their favorite content.