Rumors about Samsung Galaxy S6 are on the rise as specs of the phone has once again surfaced. The Galaxy S6 has appeared in  AnTuTu benchmark test again after it had surfaced last week on the same benchmarking site. 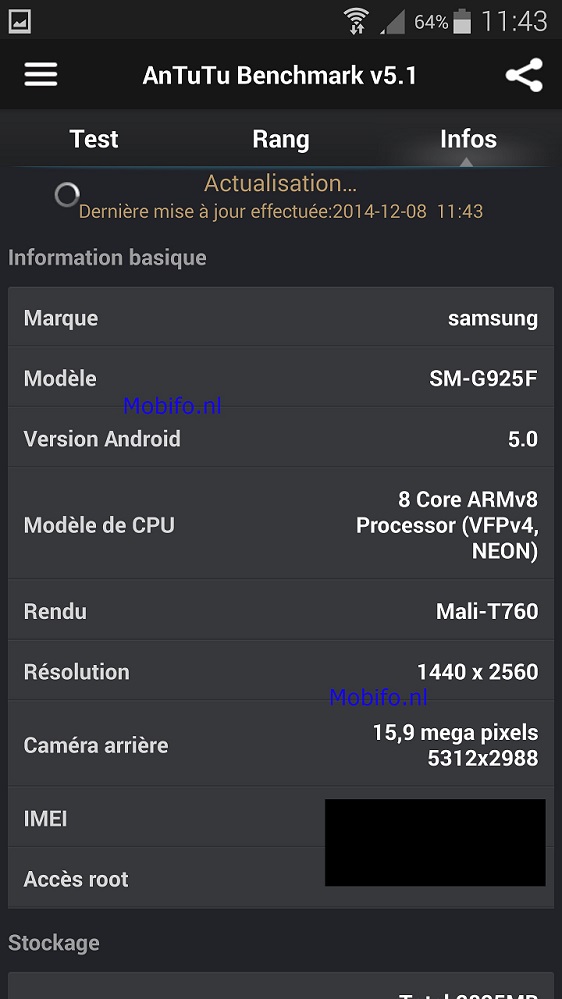 Similar to the previous leak, the AnTuTu screenshot show that the Galaxy S6 will have a 5.5 QHD display with a resolution of 2560 x 1440, a Samsung Exynos octa-core 64-bit processor, 3 GB of RAM, Android 5.0 Lollipop, and a 16 megapixel rear camera. It is not mentioned if there is a microSD slot, but it does show 32 GB of onboard storage and that the smartphone is running on the newest version of Android 5.0 Lollipop.

Last week’s AnTuTu benchmark lead had showed that the Galaxy S6 will have a 20MP camera while the latest one shows a 16MP camera. The report also hints that the Galaxy S6 will come in two variants with different processors, depending on the markets in which the handsets launch. Yesterday, a Korean Media report stated that Samsung Galaxy S6 Exynos variant will come with a Cat.10 LTE modem.