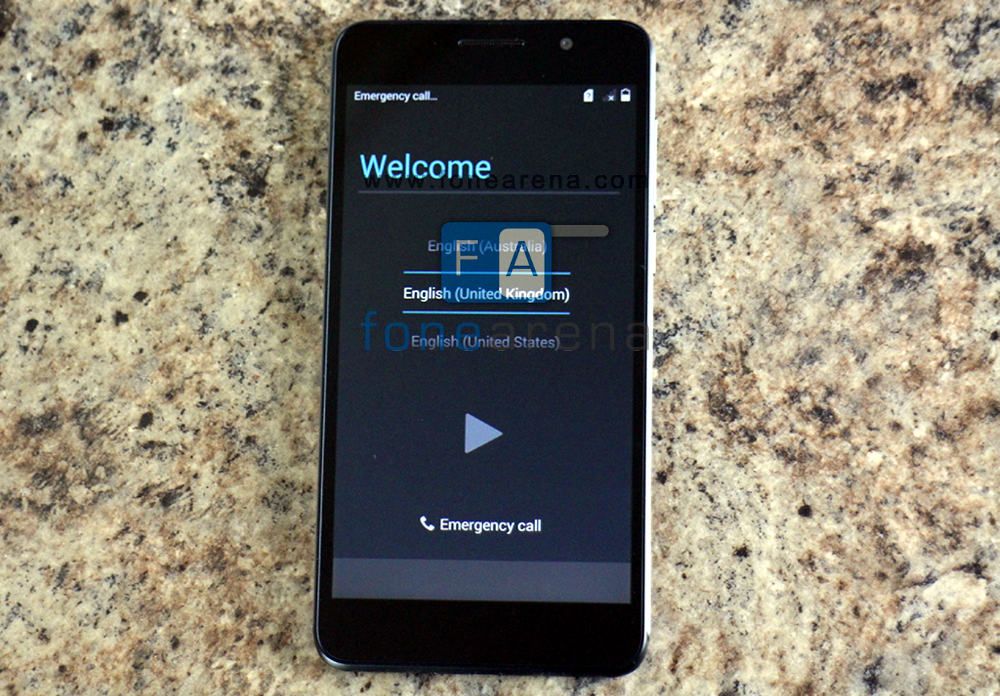 Shortly before it’s launch, the new Honor 6 was involved in significant marketing activity but Huawei, having faced criticism over handling of customer data in Europe and the USA, chose to market the Honor 6 as its own brand. Confusion aside, on paper at least, the Honor 6 has a significant chance of dominating the mid-range as it features premium specs without a hefty price tag. After a week with the Honor 6, what did we make of the handset?

As a week is not long enough for in-depth testing of a handset, we’ve adopted this Editorial format as opposed to a full review.

The Honor 6 arguably aims to pick up where the lack of a budget Nexus handset this year left off. In previous years, the new Nexus device would have offered a very impressive challenge to any mid-range handset but the high-priced high-specced Nexus 6 has left a gap in the market that manufacturers will be keen to fill. 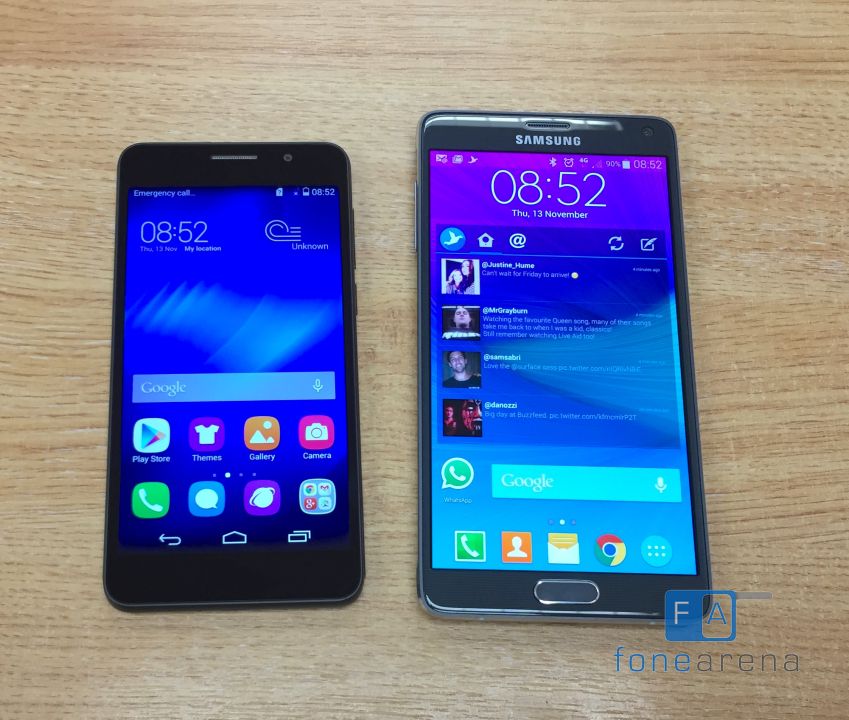 With the Honor 6, the hardware has the makings of a real mid-range heavyweight as the 5 inch IPS Full HD panel has the same specification as the much-higher priced flagship Sony Xperia Z3. The display offers vibrant colours and deep blacks and the 445 pixels per inch density puts the Honor 6 up their with the very best on the market. 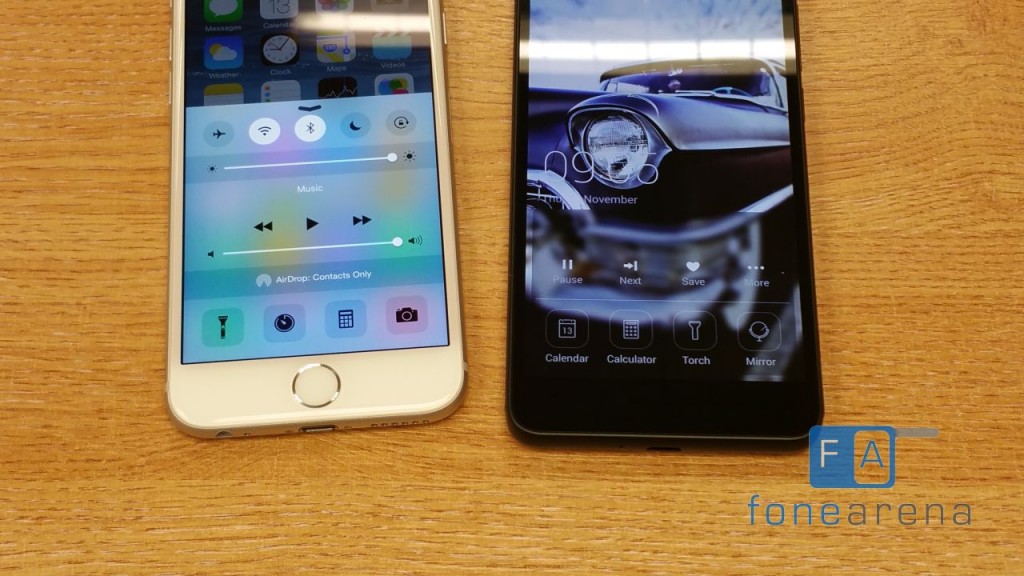 Not to be outdone in the performance stakes, Huawei have equipped the Honor 6 with an octa-core Kirin 920 processor featuring quad-core 1.7GHz and quad-core 1.3GHz processors. There’s also 3GB RAM, 16GB or 32GB storage and a microSD card slot allowing you to expand the storage by up to 128GB. In a week with the Honor 6, it’s clear that this handset is certainly no slouch and even though Emotion UI is a particularly heavy skin (more on that below), we noticed little to no lag.

On the back of the Honor 6 is a 13MP autofocus camera along with a dual LED flash. The sensor is capable of recording Full HD 1080p video at 30 frames per second whilst the 5MP front sensor pairs with Huawei’s Beauty Level feature to allow you to enhance features in the selfies you take. The camera produces images that are vibrant during day light but there was quite a bit of noise when capturing low light images. 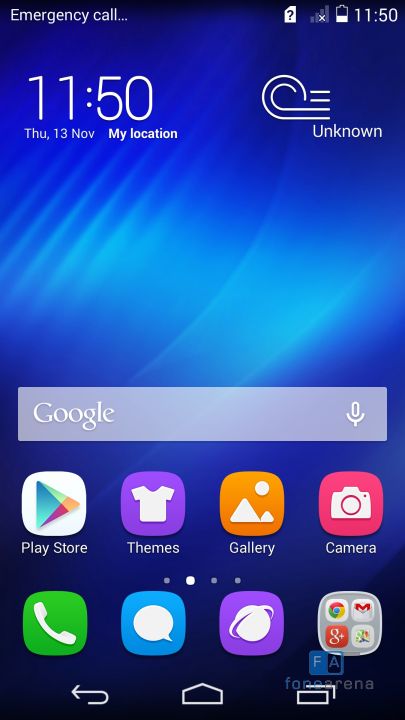 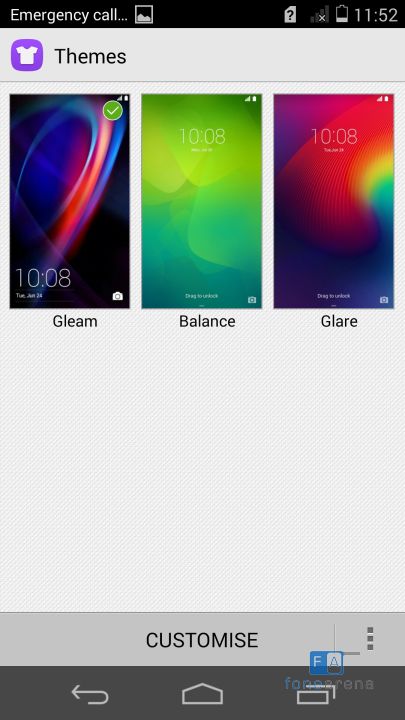 Like many manufacturers, Huawei have their own custom developed interface – dubbed Emotion UI (EMUI) – which they use on their Android smartphones. Whilst the software is functional and imitates some parts of iOS whilst adding useful features, there are a few decisions that leave us wanting. That being said, EMUI has been vastly improved over the past few generations with Huawei listening to customer feedback and acting on it which is good for the future of the interface. 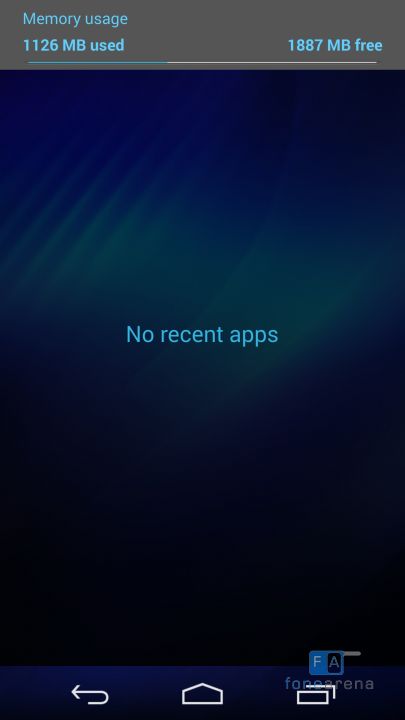 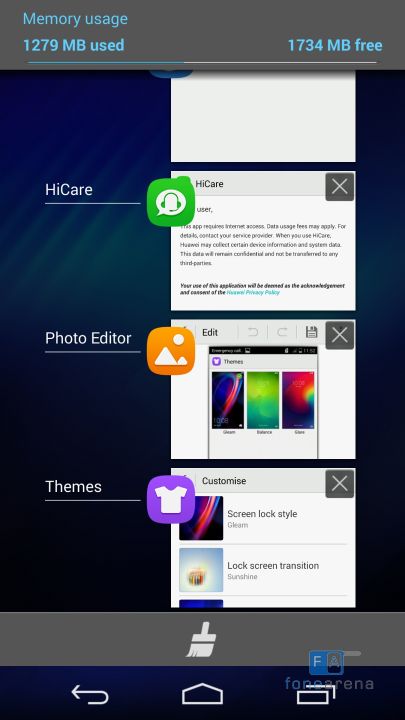 One of these is the lack of an App Drawer; for many generations of EMUI, Huawei have left out the option of an app drawer and it’s a decision that’s left us baffled more than once. In the case of the Honor 6, we had hoped that Huawei might adopt a scaled back approach to the interface to tailor it to the Western market but we found Emotion UI in full swing. 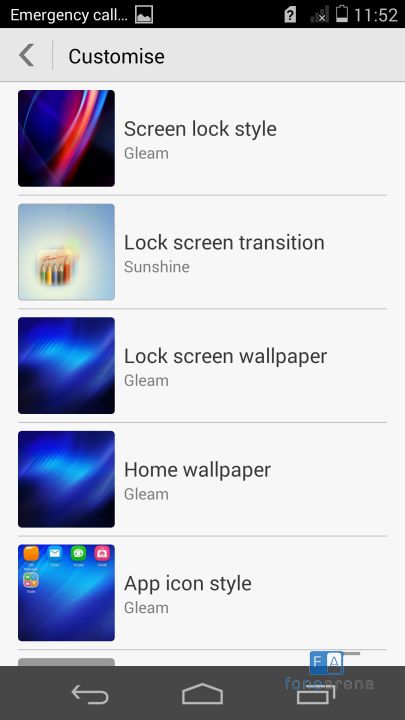 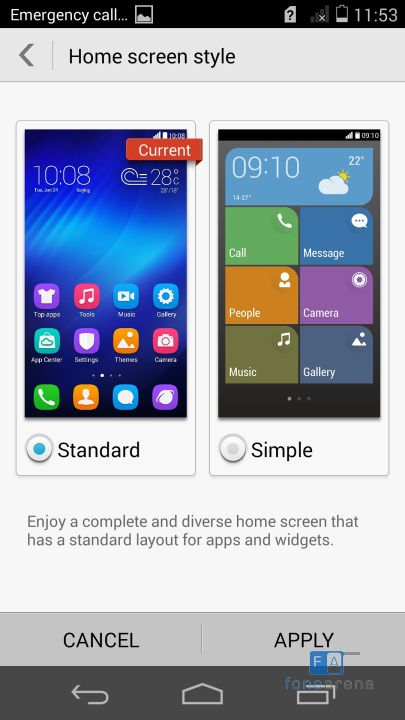 However, this is not a bad thing as the 3GB RAM and octa-core processor make it rather snappy to respond and the handset could be ideal for first time smartphone thanks to the choice of the standard Android homescreen style or a very simple feature-phone like interface. The latter will particularly appeal to those short of sight and is one of a range of accessibility options available to users. 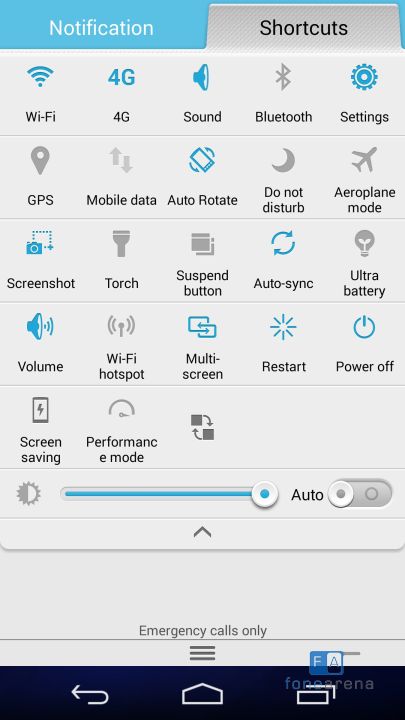 Another area that’s been tastefully improved is the notification menu and quick shortcuts. Like the Ascend Mate 7, it features two areas: the first is the notification drawer for all your unread notifications and the second is the shortcut toggles which allow you quick access to various day-to-day settings. In the Mobile Network Settings menu, Huawei have also added options to enable the superfast LTE Cat 6 which offers download speeds of up to 300 Mbps and upload of up to 100 Mbps when using a compatible network (both EE and Vodafone have Cat 6 networks in London).

As mentioned earlier, the EMUI does have some nice features and one particular useful feature is the Suspend Button. The button, which can be enabled in the All Settings menu, allows you to have a floating button with the three navigation options (Back, Home and Recent Apps) and a button to lock your phone and one to paste any content in your clipboard. The button is likely to appeal to users who find the handset too large and would like an alternative to stretching to the bottom of the display to navigate. 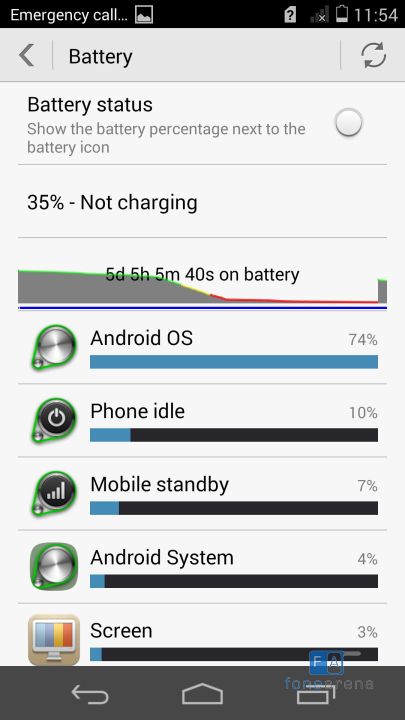 All of these impressive specs are powered by a non-removable non-accessible 3100 mAh battery but Huawei haven’t confirmed any official data on the potential battery life. In our testing we found that the handset is able to offer up to five days battery life on standby, up to 38 hours with medium usage and up to 7 hours with extremely heavy usage. The battery life is outstanding for a handset at the price point and arguably, excellent battery life for any smartphone at any price point. 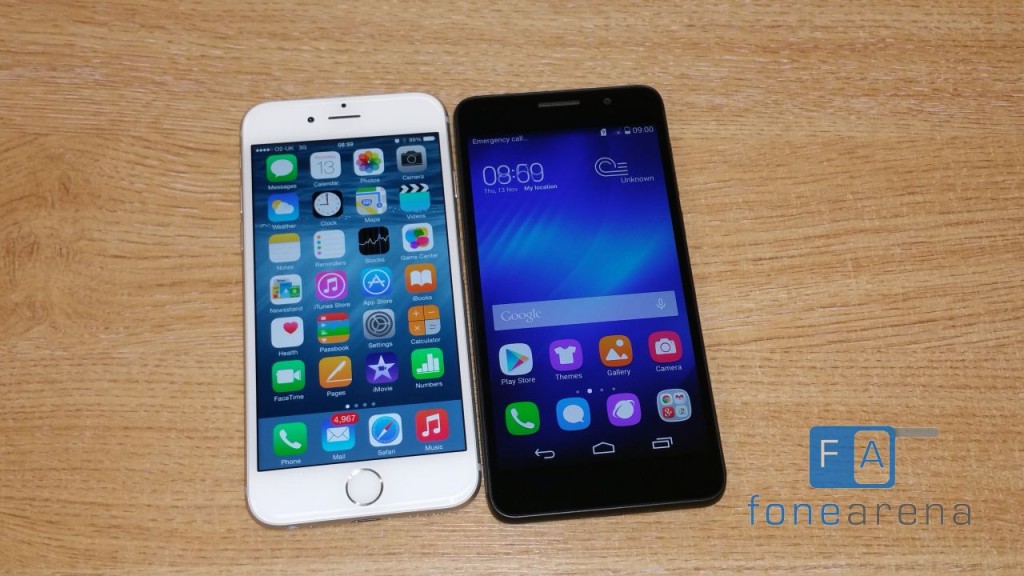 Overall the Honor 6 definitely has a place in the market and with a price tag of £249.99 SIM free from Amazon, it may have a major role to play. Whilst many rival handsets scale back in some way, the Honor 6 boasts very impressive specifications and excellent performance at a price that leaves it with little challengers.

Huawei have long been tipped to be the next brand to make the number one spot in mobile theirs and with handsets such as the Honor 6, they’re capturing a very important part of the market. Global recessions over the past decade have left many users with limited capital and when comparing handsets at the same price point, there’s no contest: the Honor 6 is the best of the bunch.