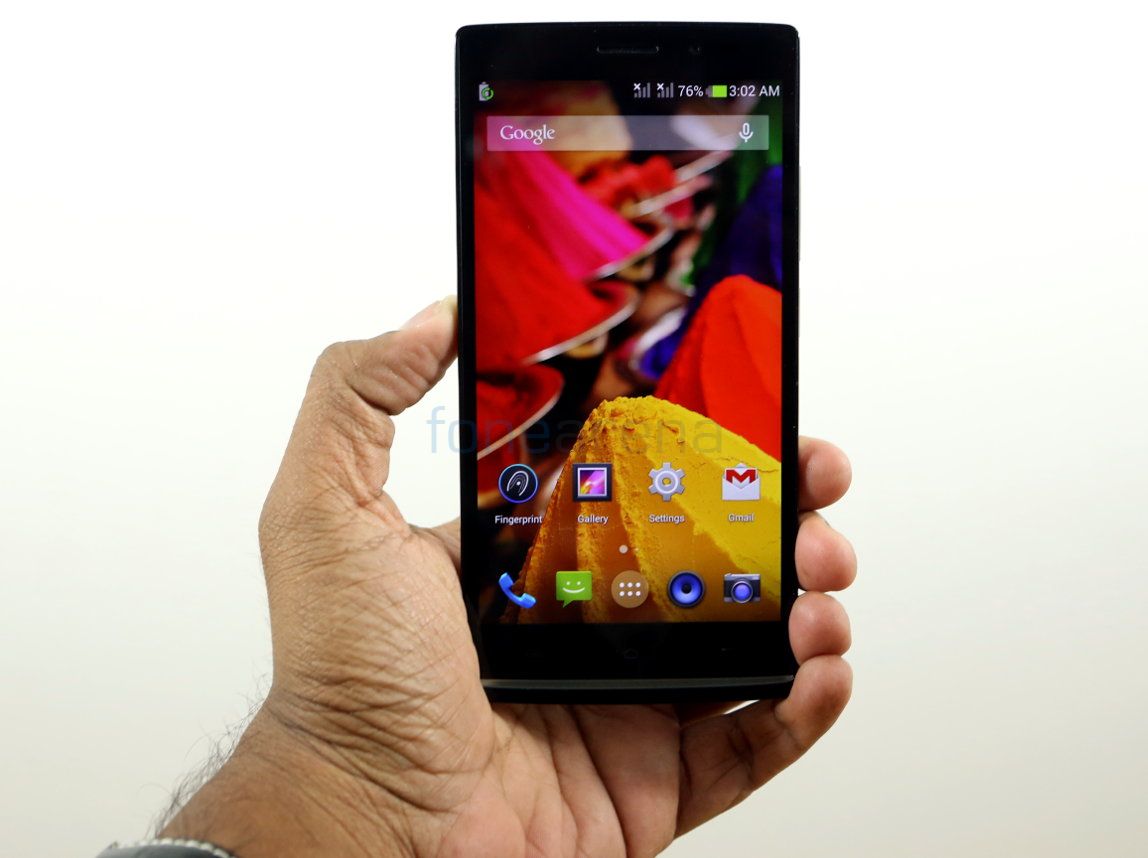 Xolo Q2100 that was launched recently is the company’s first smartphone with a fingerprint sensor on the back. It has a huge 5.5-inch HD display. Is this one of the best large-screen smartphones in the price range? Let us find out in the complete review. 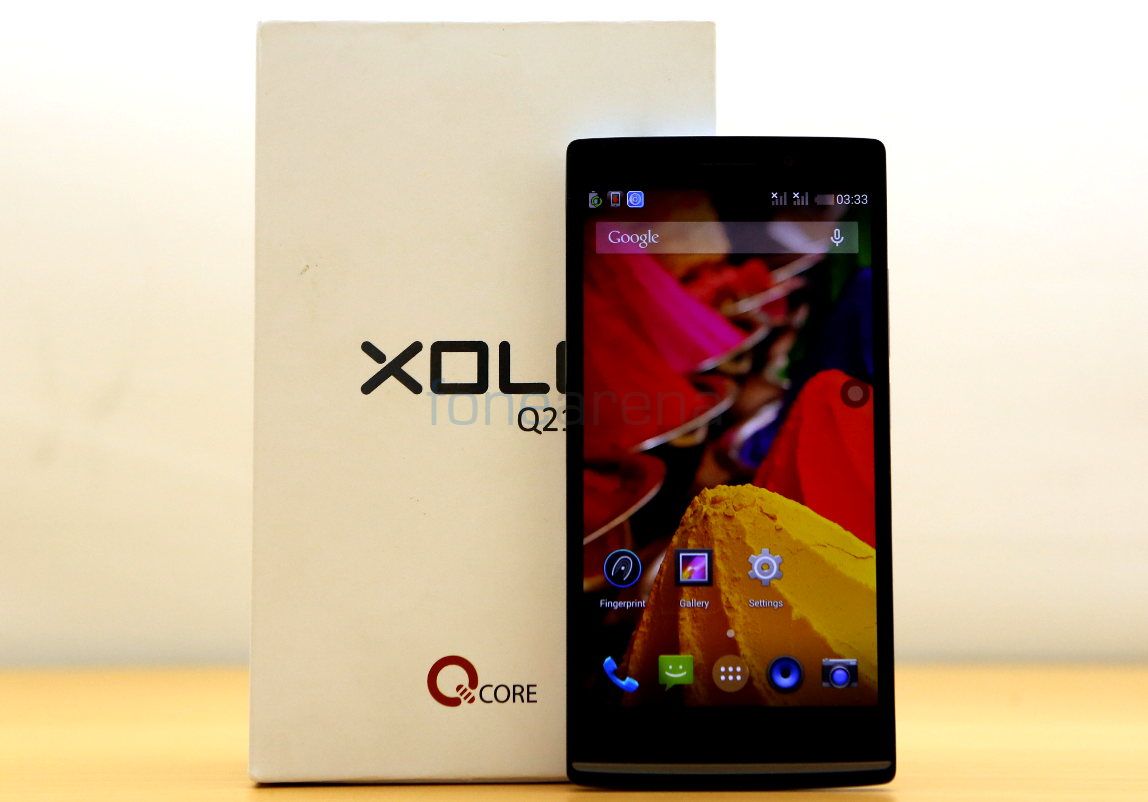 We brought you the unboxing of the smartphone recently, check out the Xolo Q2100 Unboxing 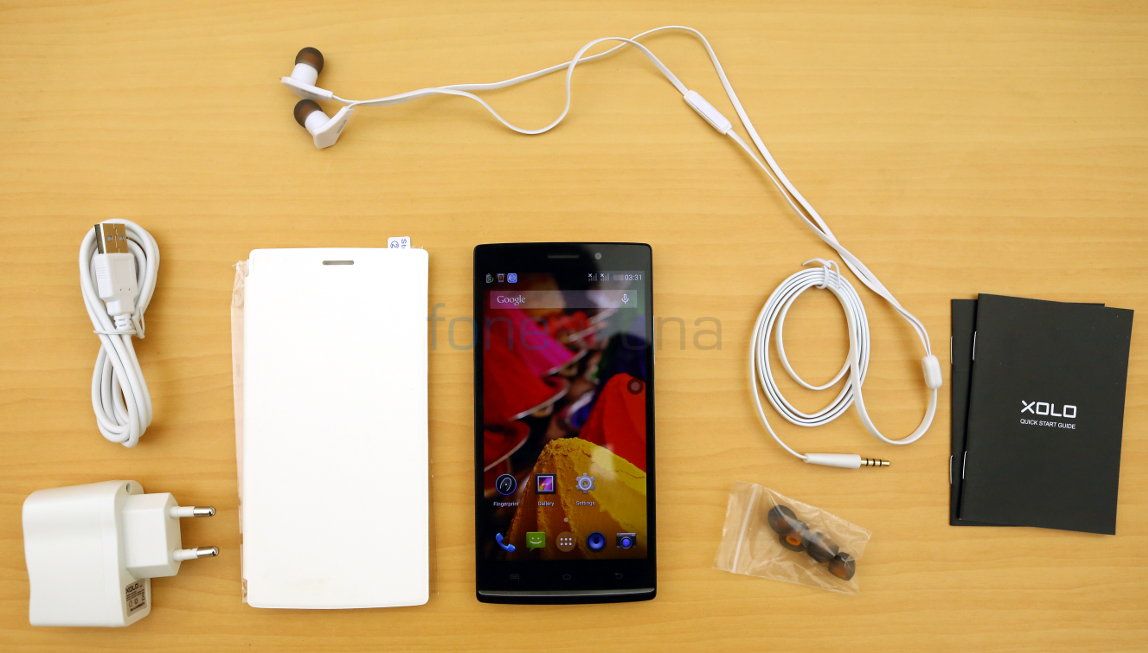 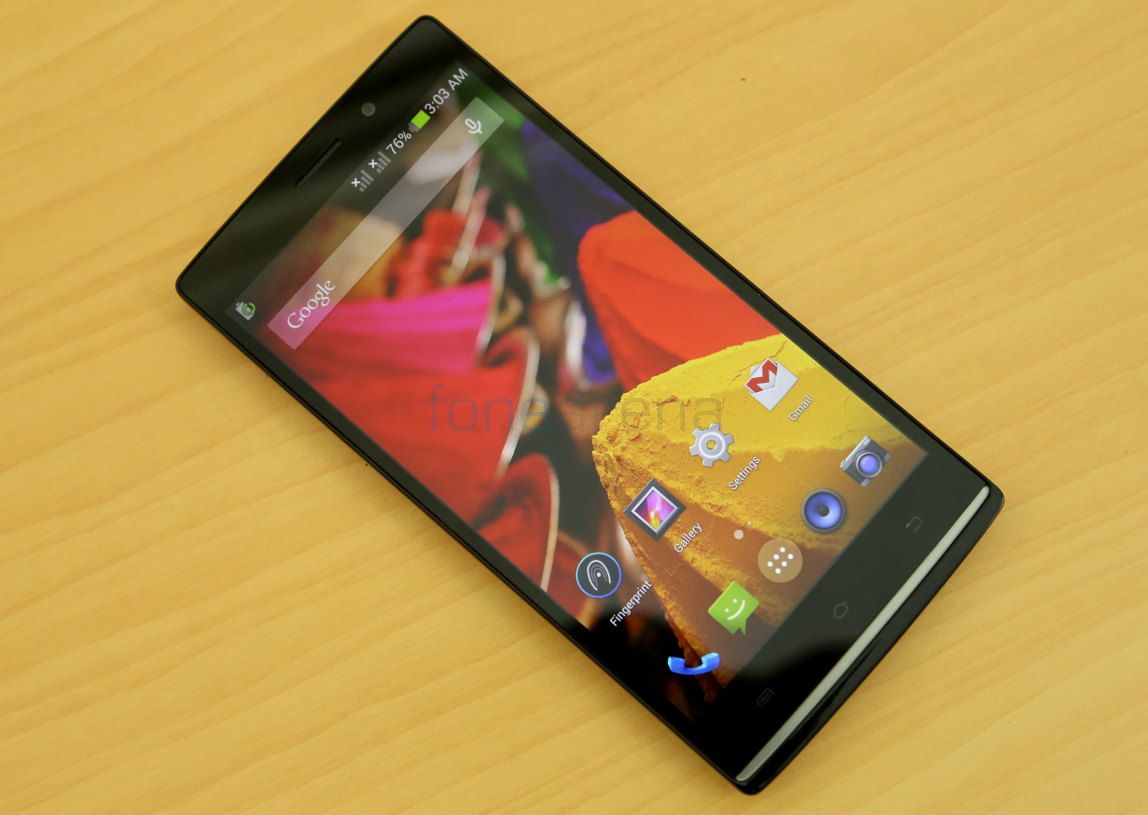 The 5.5-inch display with a resolution of 1280 x 720 pixels at 267 ppi is bright, but it is very glossy for outdoor usage since the screen is highly reflective. It offers vibrant color output and has decent viewing angles. Since it is glossy, it is also prone to fingerprints. It also has Corning Gorilla Glass 3 protection. You can also use the bundled protection cover to protect the screen from fingerprints and scratches. The design of the smartphone resembles the Oppo Find 7 or the OnePlus One with curved top and bottom. Overall the design is not that impressive. 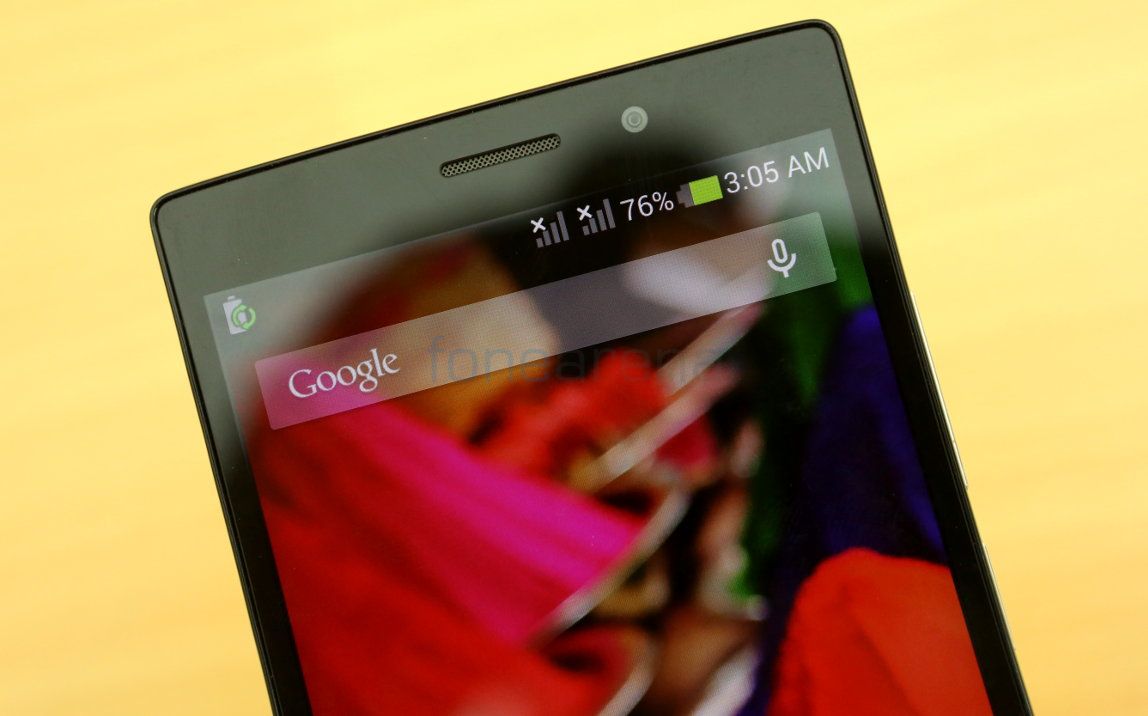 It has a 2-megapixel camera on the front, which can record videos at VGA resolution. It is decent for selfies and video chats. It has the usual set of proximity and ambient light sensors on the top. 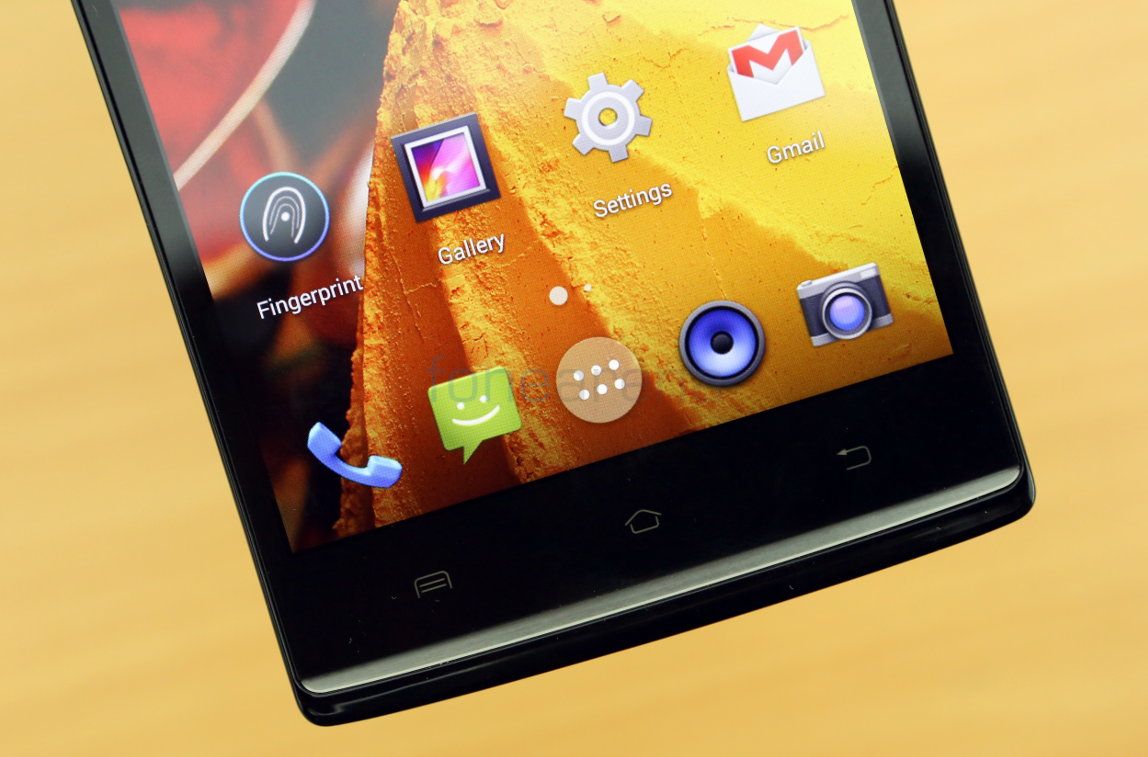 Instead of a oscillating light on the Oppo Find 7, this has a small plastic rim on the bottom. It has the usual set of capacitive touch buttons above that. 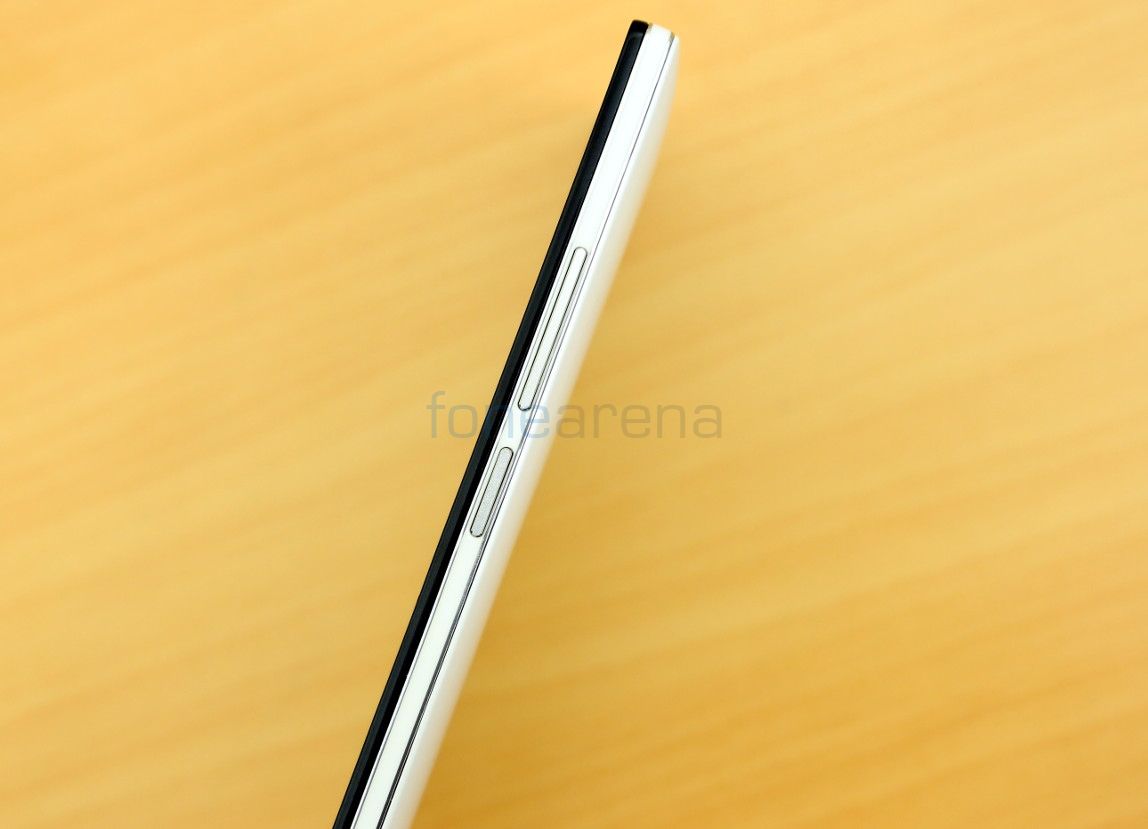 It has two chrome rim running on the sides, similar to the OnePlus One. The power/lock switch and the volume rockers present on the right side have brushed metal finish. 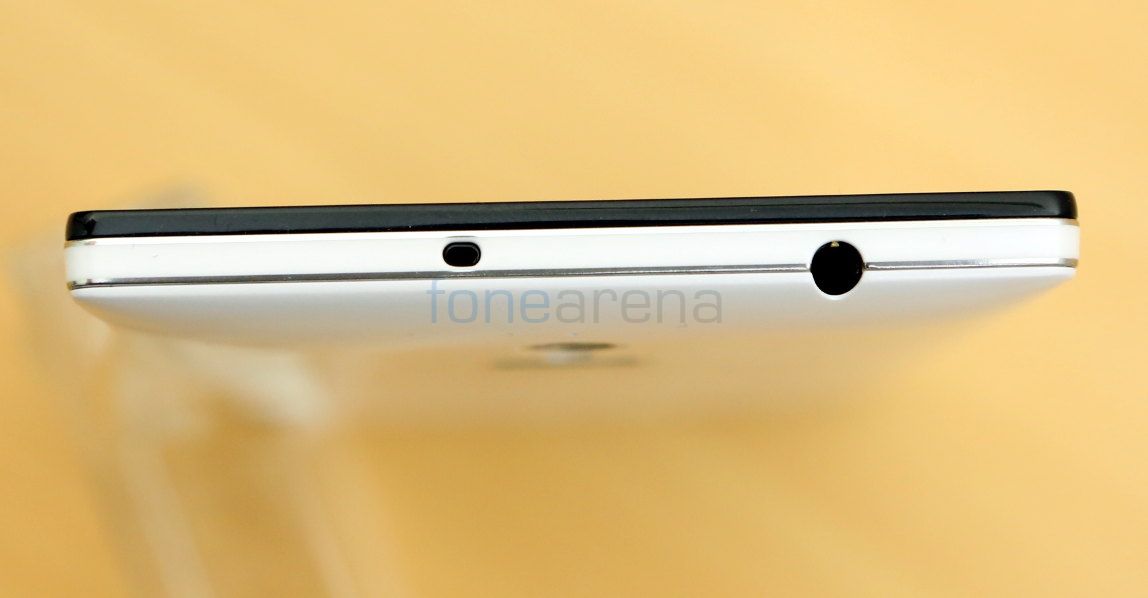 On the top it has a 3.5mm audio jack and a Infrared LED. The micro USB slot and a primary microphone are present on the bottom. 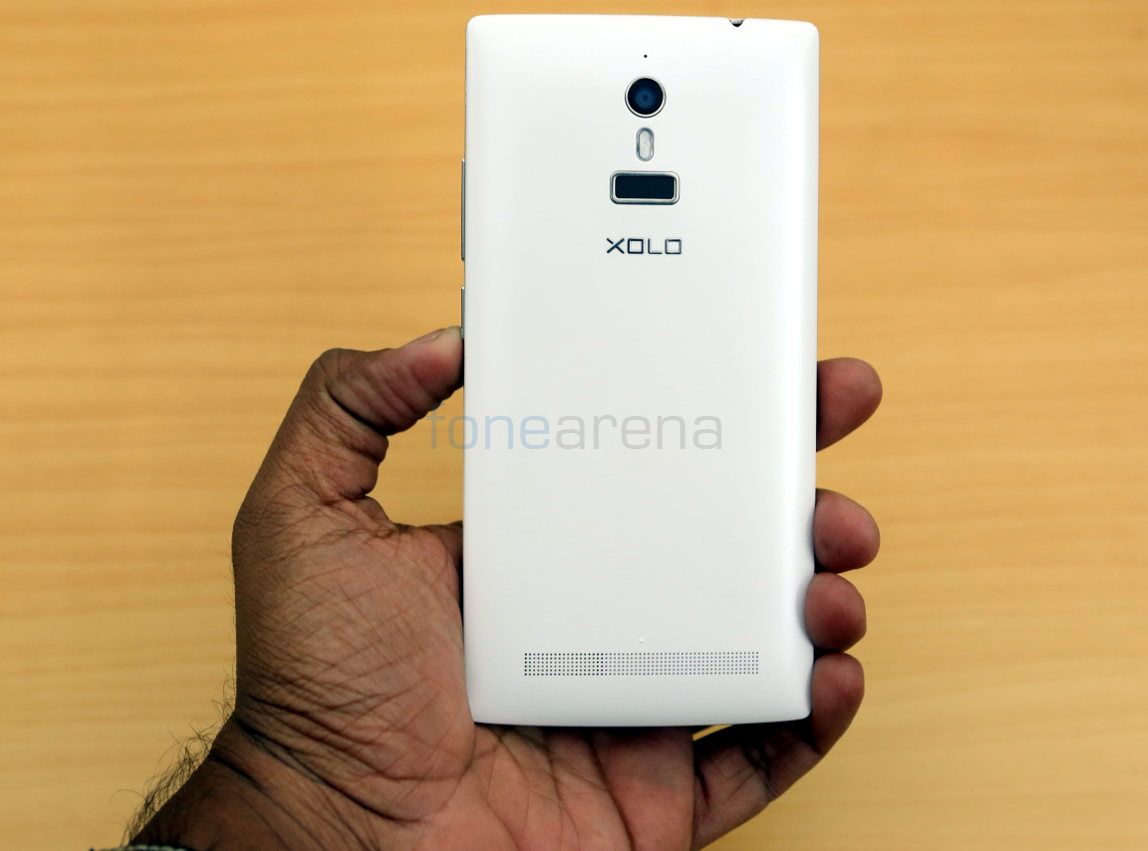 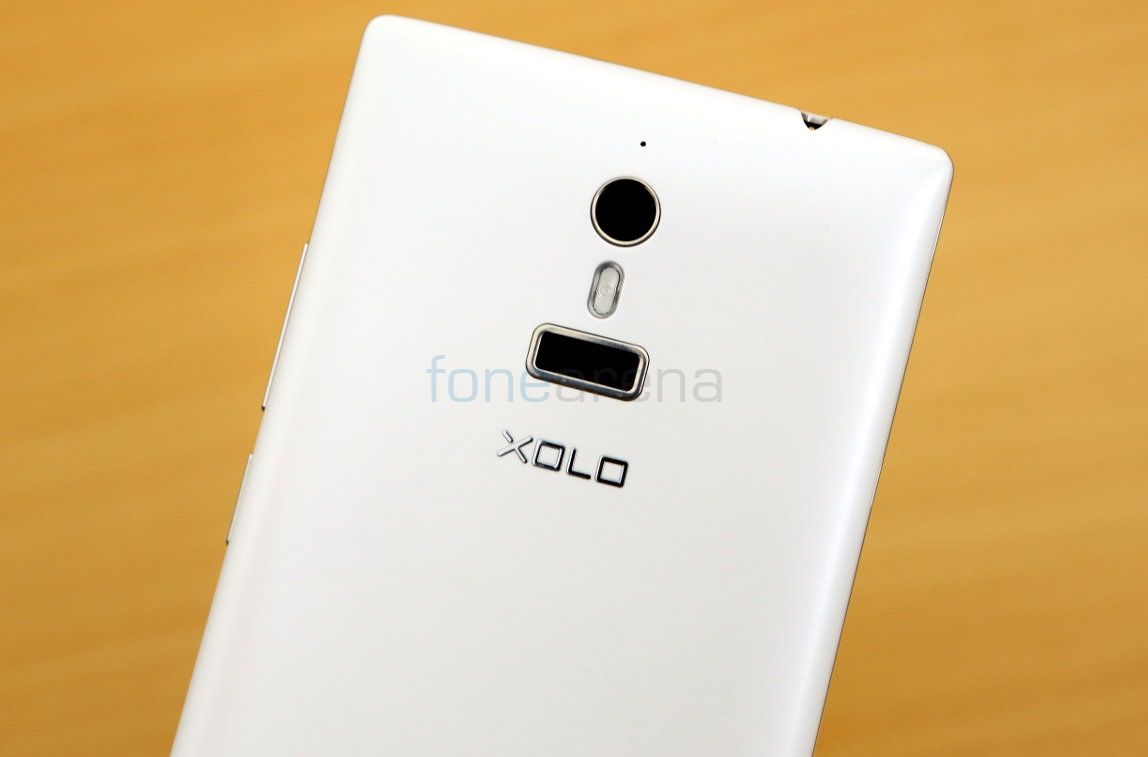 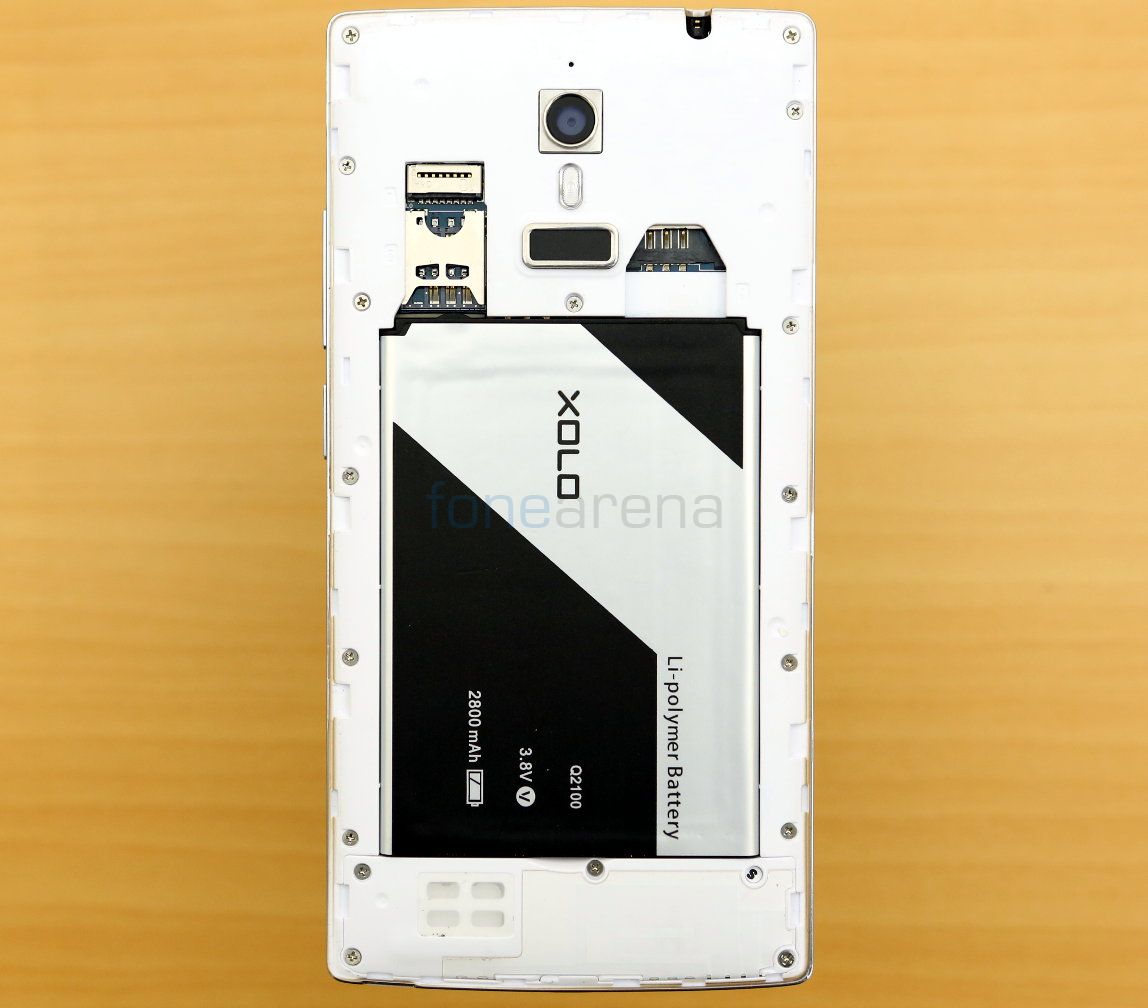 It has a micro SIM and a standard mini SIM slot along with a microSD card slot that accepts cards up to 32GB. It has a 2800mAh removable battery.

Coming to the camera, the 8-megapixel camera with Exmor R sensor and f/2.0 lens is not impressive. It has same features as other MediaTek-powered smartphones, but the UI is different. Daylight shots are decent, but some images seem dull without much colors. Macro shots came out pretty good. HDR shots are good, Low light shots have a lot of noise as usual, but flash helps. Check out some camera samples (click the image to view full resolution picture). 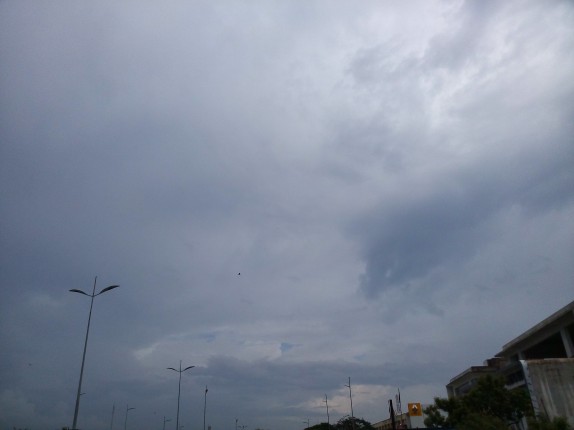 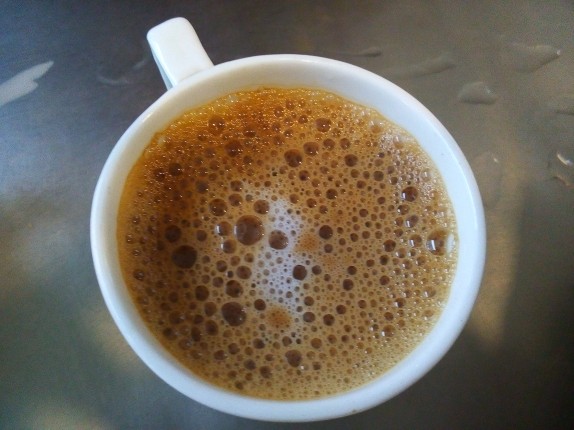 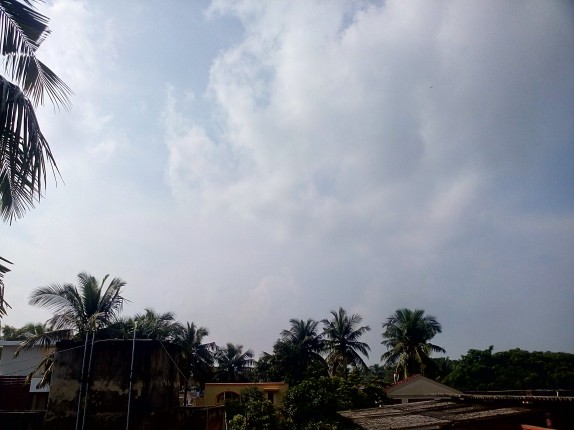 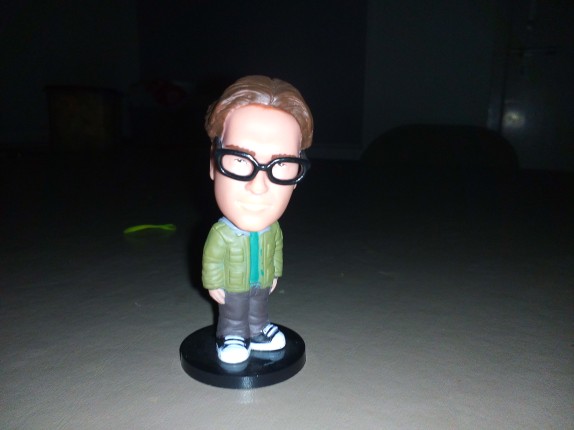 It can record videos at 1080p full HD resolution. The video is sharp and the audio is good since it has a secondary microphone. Check out the video sample below. 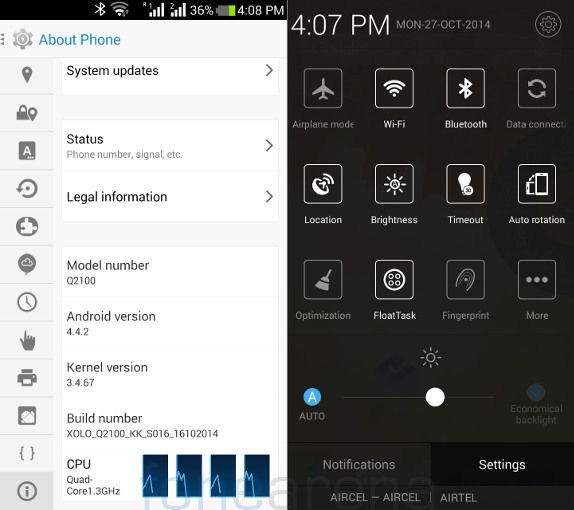 Coming to the software, the smartphone runs on Android 4.4.2 (KitKat) with custom skin on the top. There are different themes to choose from. The Quick Settings in the drop-down bar has additional toggles for FloatTask, Fingerprint, Optimization and more. There are 11 toggles, and you can swap these with few more toggles such as battery, screenshot, Restart etc. 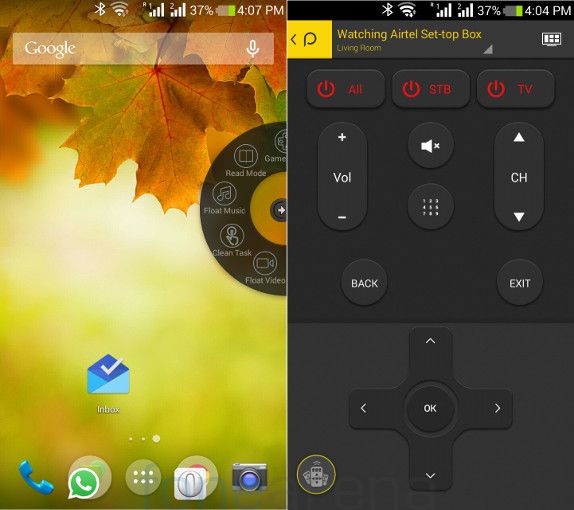 The Floating Multitask Window  can be placed in the corner of the screen. This has Float Video, a small video window, Clean Task that quickly free up memory, Float Music, Read Mode that keeps the screen on, Game mode that disable the home button, Calculator and shortcuts to Notification and Lockscreen. You can have four toggles in the multitasking float window at a time. Since this has an infrared LED, the smartphone comes pre-installed with Peel smart remote app that lets you easily control TV, DVD Player, Blu-ray Player and more devices using the remote.

Gesture and Motion features include, Smart Wake that let you move your smartphone or paint something on the screen to open an app. This consumes more power warns Xolo, before enabling this feature. The Smart Stay is similar to Samsung smartphones that keeps the smartphone screen on when you are looking into it. Double click to Light feature lets you double tap the locksceen to light it up, but this doesn’t unlock the screen. Other features include, reverse the smartphone to mute when you receive a call, voice controls for the camera to capture an image and touch-protect mode that uses proximity sensors to lock the smartphone to prevent the power button from getting pressed pressed accidentally. 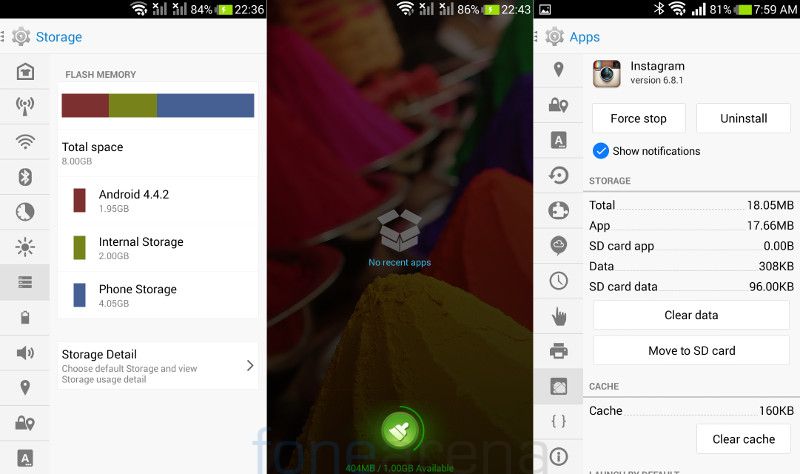 Out of 8GB of internal storage, you get about 4GB of user storage for phone memory and 2GB for apps. Out of 1GB of RAM, you get 954MB of usable RAM, out of which about 400MB of RAM is free when some apps are running in the background. You can move the compatible apps to the SD card. 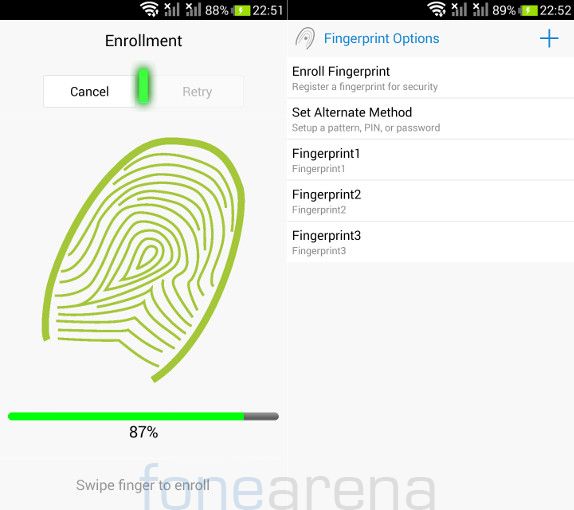 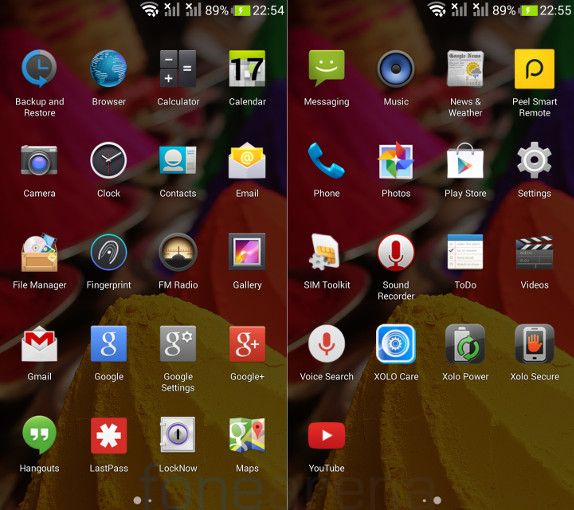 Apart from the usual set of Google Play and utility apps, the smartphone comes with very few additional apps. It has a shortcut for Fingerprint, Lastpass password manager which supports fingerprints, Peel Smart Remote to make use of the IR LED and some Xolo apps such as Xolo Care, Xolo Power and Xolo Secure. 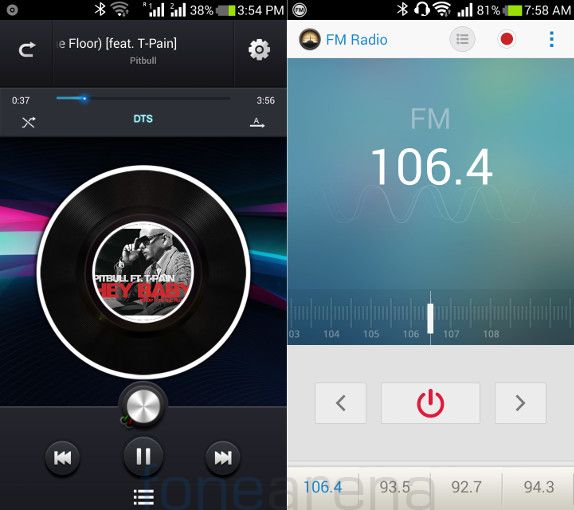 The Music Player and FM Radio have a new interface. The Music Player has DTS support. The SRS TruMedia settings has sound options such as Music, Movie and Podcast. The loudspeaker is quite loud and the volume boost option increases the volume further, but audio through the bundled earphones or any other high-end earphones is not loud even when the volume is full. The FM Radio has auto search and recording options, but lacks RDS. 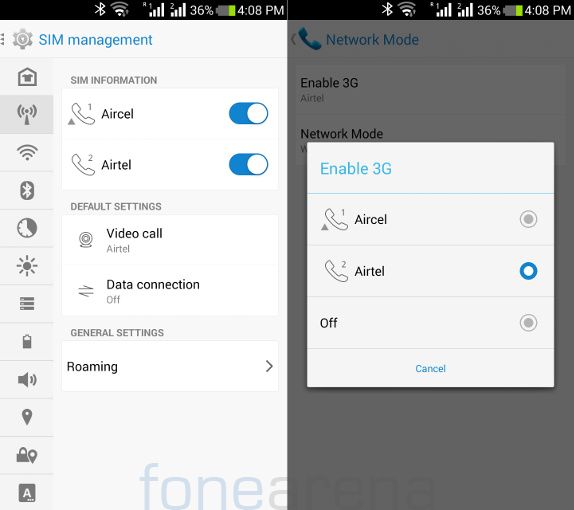 It has dual SIM support with a standard SIM and a micro SIM. Both the SIM cards support 3G, but you can enable 3G on only one SIM, while the other is on 2G. The connectivity features include, 3G, Wi-Fi 802.11 b/g/n, Bluetooth v4.0 with A2DP and GPS. It has USB on-the-go (OTG) support too. 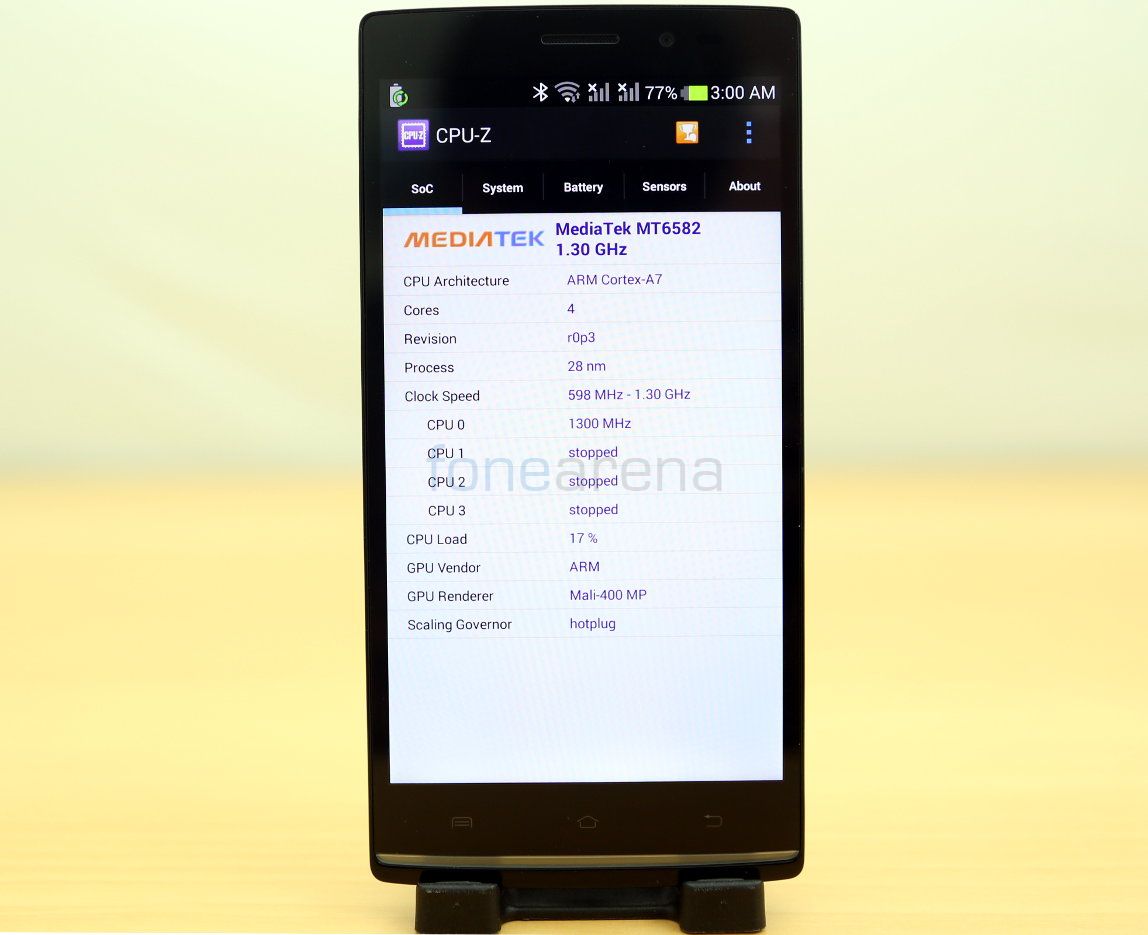 It is powered by a 1.3GHz quad-core MediaTek MT6582 processor with ARM Cortex A7 cores and Mali 400 GPU. The performance is smooth without any lags. Since it has 1GB RAM the multitasking was smooth, but some intensive browsers did lag a bit. 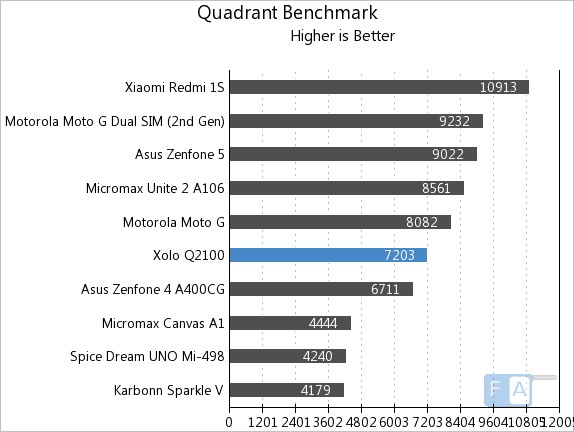 It scored 7203 points in the Quadrant Benchmark. 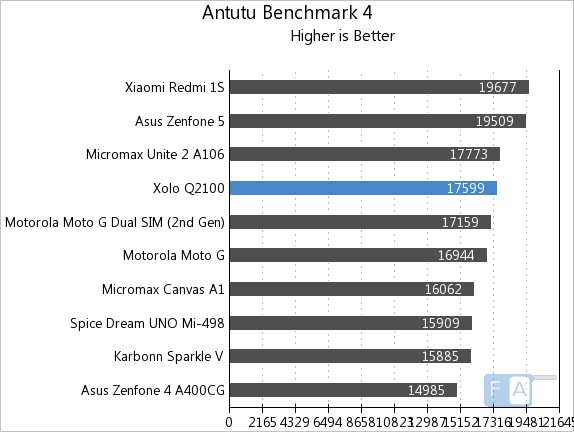 In the AnTuTu 4 benchmark, the smartphone scored 17599 points. 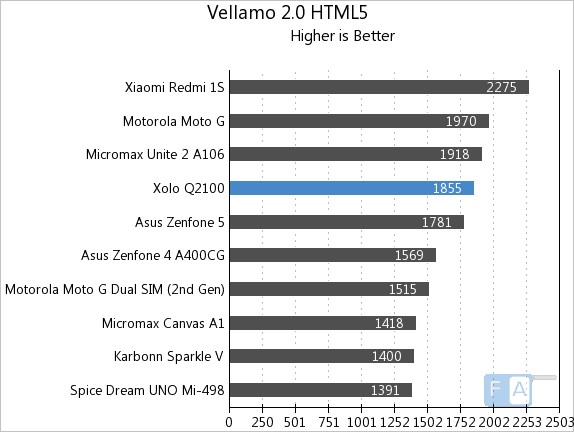 It scored 1855 points in the Vellamo 2 HTML5 browser benchmark. Check out the complete set of Xolo Q2100 Benchmarks here. We tried several games, and those did not lag, but the graphics is not up to the mark due to the large screen. Check out the gaming review to know more about the gaming performance of the smartphone in detail. 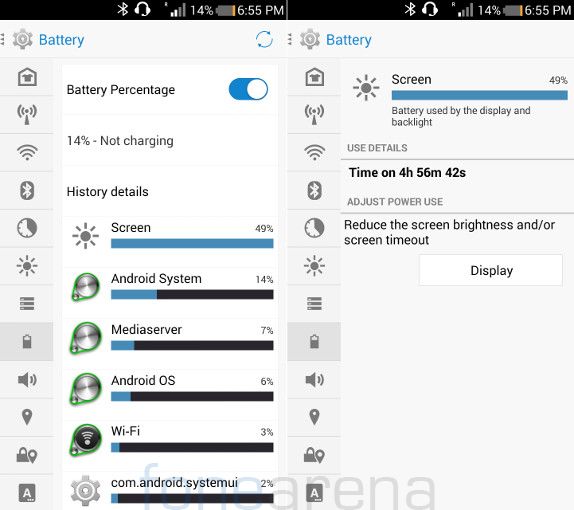 The 2800 mAh lithium-polymer battery lasts for more than a day with mixed use, including video playback, few hours of music, few calls and some gaming. Even though the phone has a large screen, the battery doesn’t drain quickly, even with 3G usage. Based on my average use with about 5 hours of screen time, battery dropped to 14% after about 16 hours of usage. If you are a heavy user, it should last for the whole day, even with both the SIM cards. You can also use the Xolo Power app to improve the battery life. 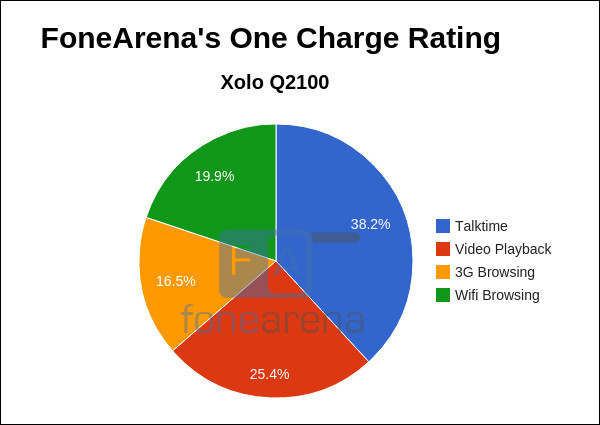 It lasted for 8 hours and 5 minutes in our battery. Check out the battery test results to know more about the battery life of the smartphone in detail.

At a price tag of Rs. 13,499, the Xolo Q2100 is a decent phablet with unique features such as fingerprint sensor and an infrared LED. The size is perfect for a 5.5-inch smartphone and it is not bulky compared to Xolo’s earlier large-screen smartphones. The only department it doesn’t impress is the camera. If you can live with this and need these unique features, go for it.