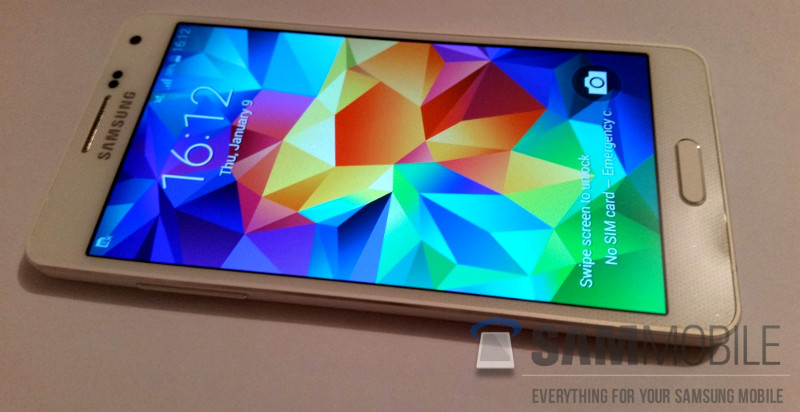 Rumors about the Samsung Galaxy A series smartphones surfaced recently. Sammobile has got hold of live images of Galaxy A5 (SM-A500F). Recent rumors said that the Galaxy SM-A500 would have metallic build, but according to Sammobile’s sources, the smartphone would not have a metal build, but it would use an unique material that ‘feels cold in the hand’. This is to make the device look premium, even though it will be a  mid-range device according to the website. 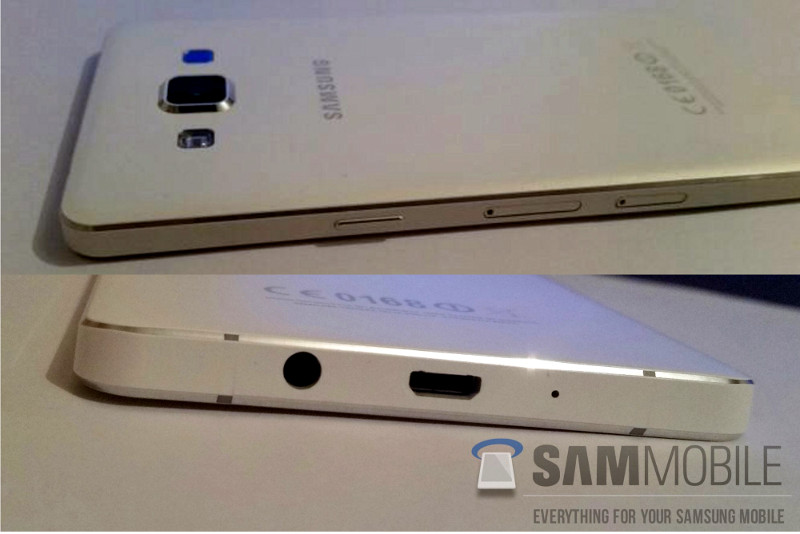 According to the leaked images, it has chrome finish on the sides, similar to Galaxy Alpha and has slots on the sides. It has also revealed the specifications of the smartphone, which coincides with the TENAA listing.

UA Profile of the Samsung SM-A300, another smartphone in the A series has surfaced on the official website (via). This reveals qHD screen and a Snapdragon 410 SoC with Adreno 306 GPU, so the Galaxy A5 could also feature the same chip. According to earlier benchmark leak, the Samsung SM-A300 would have a 4.8 inch (960×540 pixels) qHD display, run on Android 4.4.4 KitKat, come with 1GB of RAM, 8GB of internal storage, 8-megapixel rear camera and a 5-megapixel front-facing camera.

If the SM-A500 is released as Galaxy A5, the Samsung SM-A300 could launch as Galaxy A3. No word on the expected launch date yet.