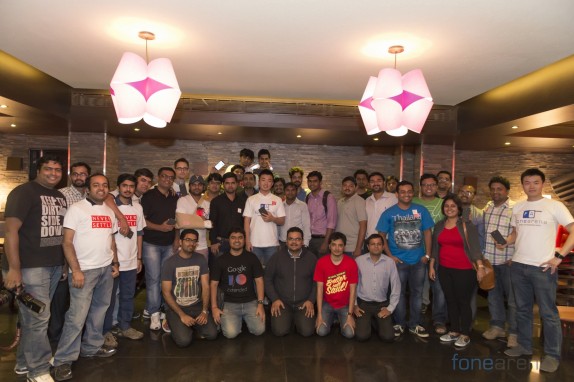 FoneArena and OnePlus teamed up to do something, which fans love the most – a meetup! The fun event was scheduled on September 4 in Bangalore and more than 30 OnePlus and FoneArena enthusiasts turned up even though it was a weekday.

We had Carl Pei, Ruston McLean and Andy Zhang from the OnePlus Global team along with FoneArena crew.

The fan meet up got rolling at 5PM with Varun Krishnan and Carl Pei’s introductory note. Ruston, who leads the business development at OnePlus also thanked all the fans for taking some time out on a busy weekday.

As promised, the OnePlus and the FoneArena team were ready with some goodies to giveaway. There was two OnePlus One units up for grab as well and the team decided to run a raffle to pick the lucky fans.

There was a lot of buzz with lot of tech talk and the environment was electrifying. All the fans had a chance to interact with the OnePlus and the FoneArena team. Taking selfies with Carl and Varun Krishnan was a common sight. We had some delicious food on offer as well.

After a lot of interaction and fun activities, the moment of luck finally arrived – 2 OnePlus One 64GB Standstone Black units were at one’s disposal.

There were two lucky winners – Vinu Thomas and Mohameed Vaseem left the venue with smiling faces. We wrapped up by thanking all our fans for being there and we made sure that everybody had something to win.

We thank all our readers for supporting us and we thank OnePlus team for giving us an opportunity to organize the meet up!

You can have a look at some of the photos from the meet up below (PS: The guys in the Never Settle T-shirts are from FoneArena team and the guys with the FoneArena T-shits are from OnePlus team) – 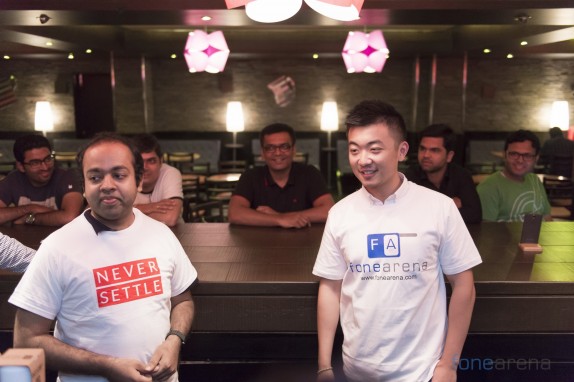 Varun and Carl addressing the gathering! 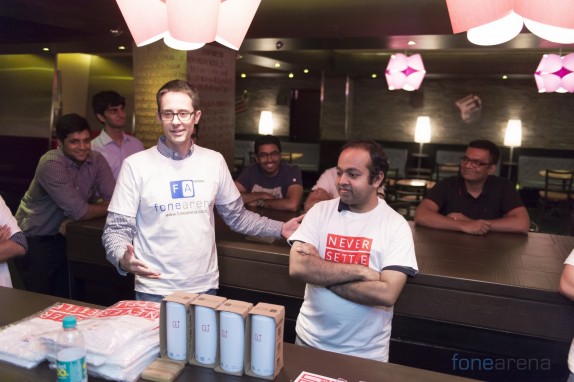 Ruston from OnePlus thanking the fans for turning up! 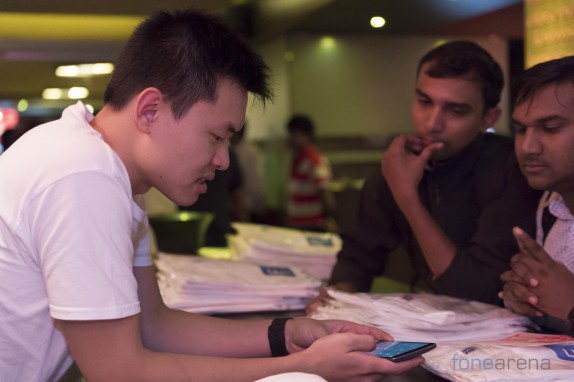 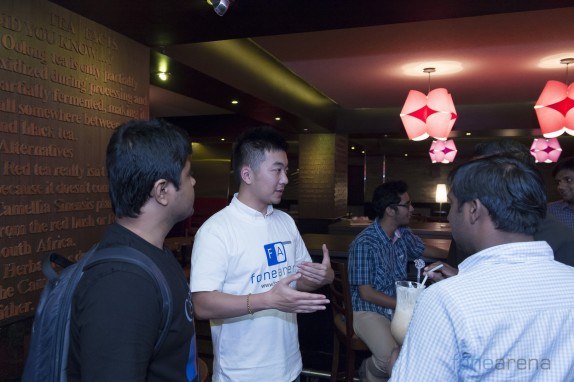 Carl from OnePlus interacting with fans! 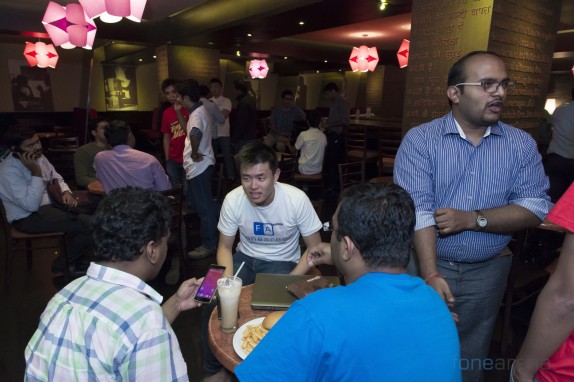 There was some delicious food on offer as well! 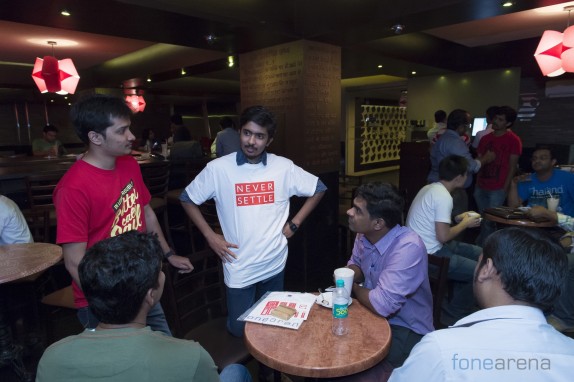 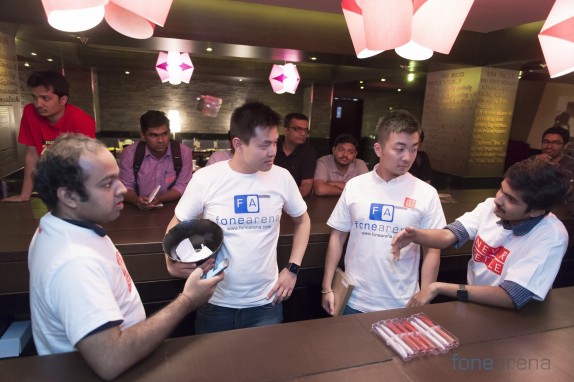 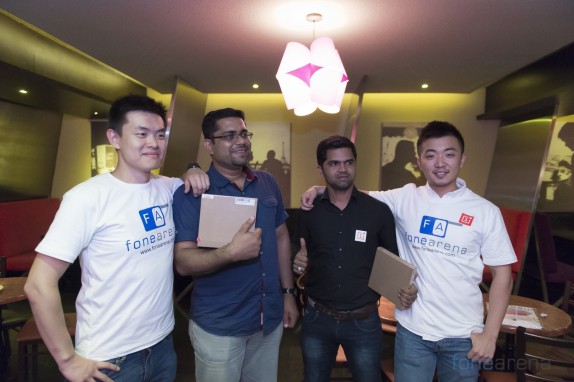 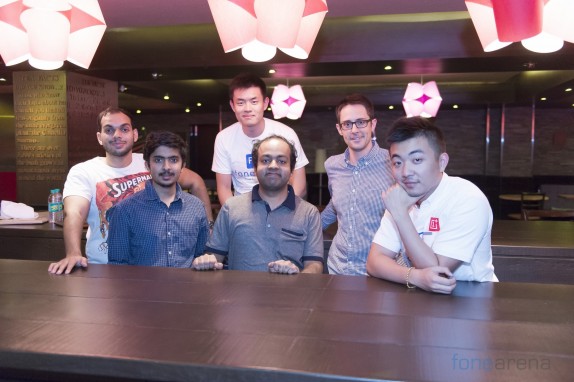 The FoneArena and the OnePlus team!