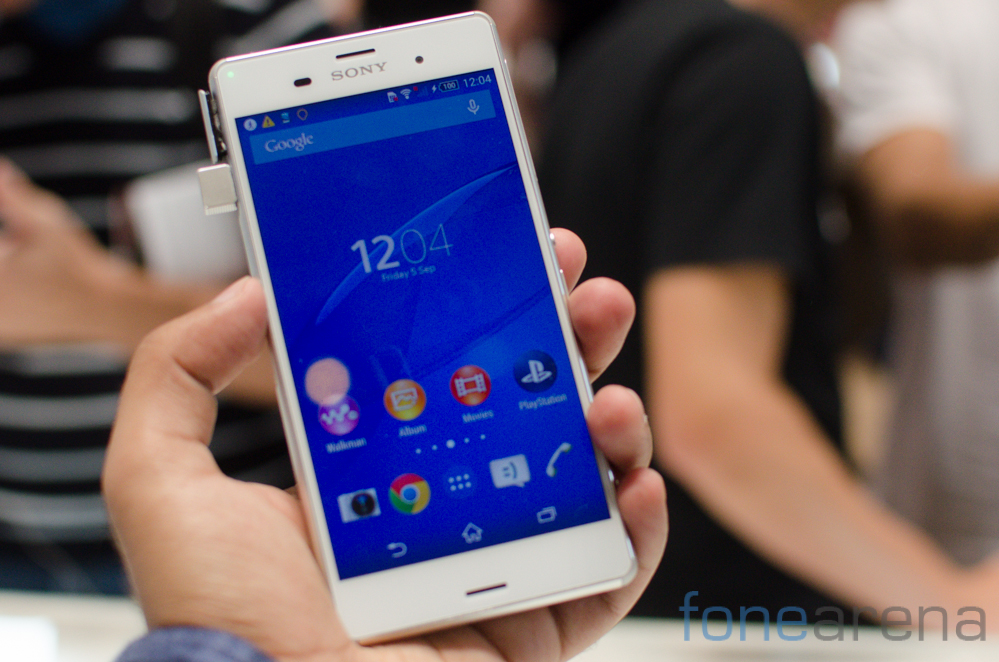 Sony took wraps of its next flagship phone the Xperia Z3 at IFA, Berlin 2014. We got our hands on the device at the event and here is a quick sneak peak of the phone. The phone looks like a premium phone with few changes as compared to its predecessor the Xperia Z2 that was launched six months back. 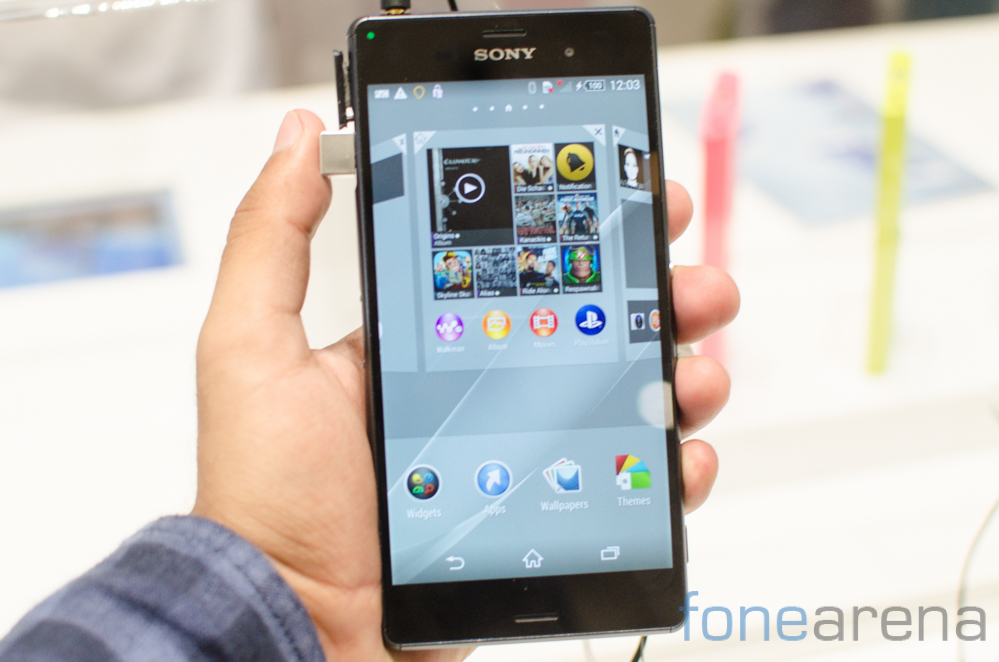 For starters, the Xperia Z3 sports a 5.2-inch (1920 x 1080 pixels) Triluminos Display with Live Colour LED powered by X-Reality. The phone is encompassed in aluminium bank that are cut around the edges and front and back of the phone are made of glass panels thereby giving it a classy look. The phone is thinner and lighter that the Xperia Z2 and measures 7.3mm thick and weighs 152 grams. 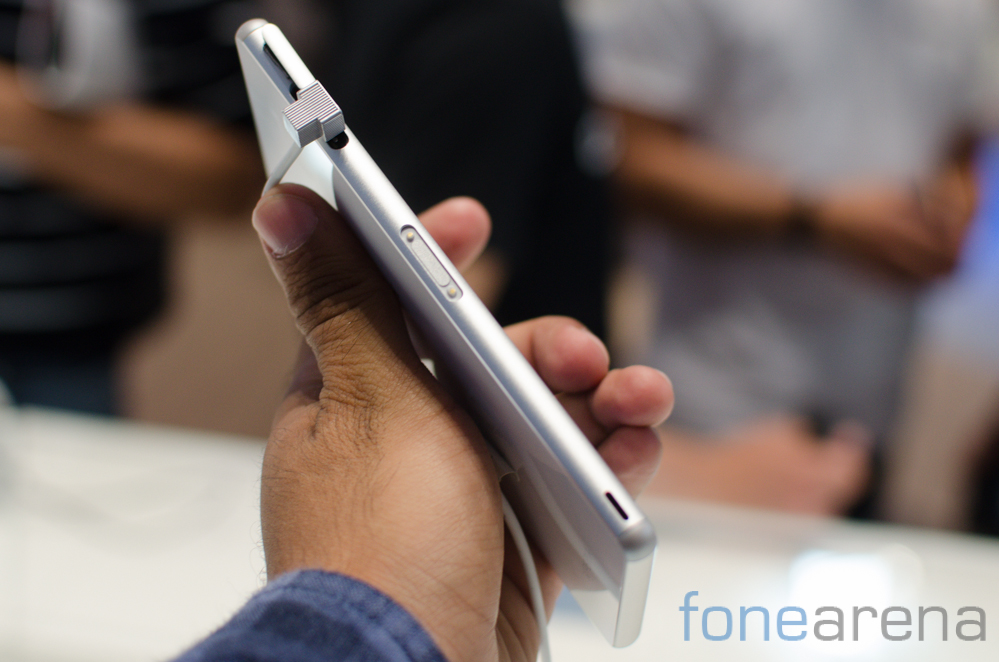 On the left side we have the microUSB port along with a dock connector seen on Sony devices. There is also a LAN port at the bottom on left side. 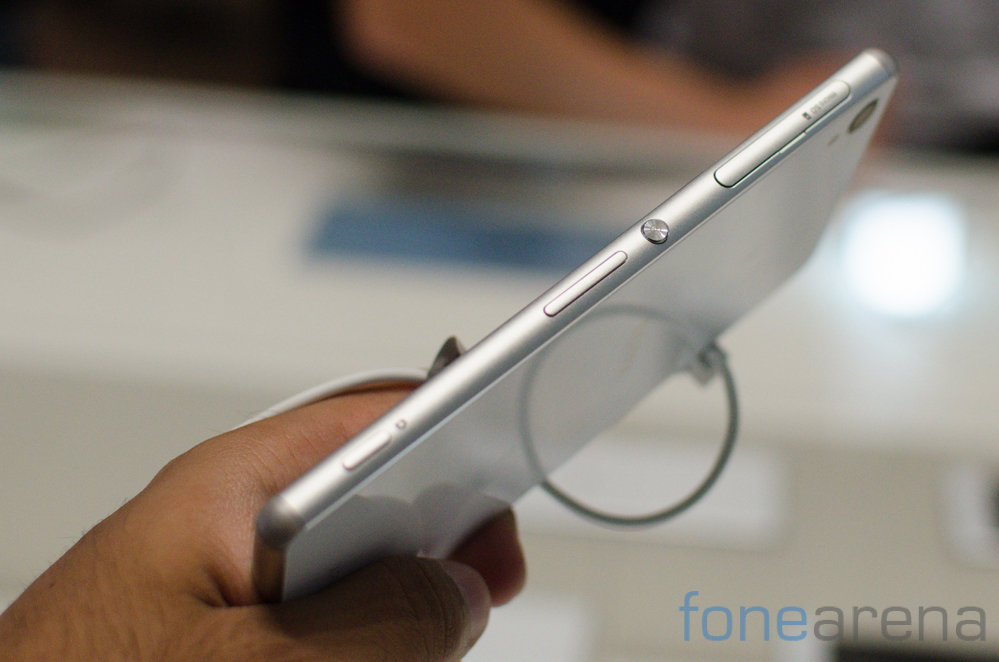 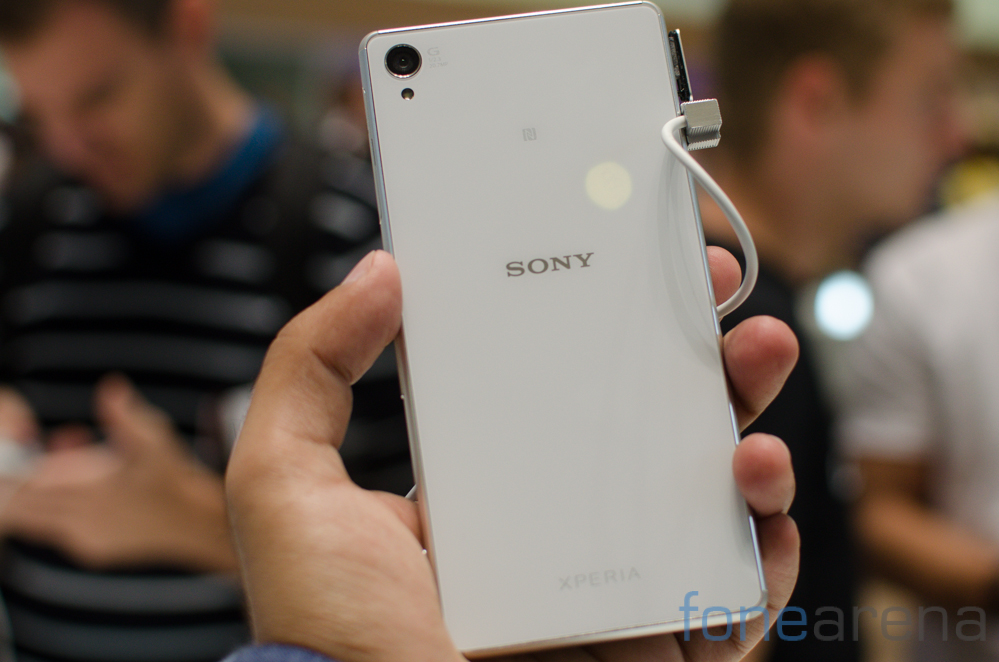 Sony is adding20.7-megapixel rear camera with Sony G lens with a 27mm wide angle f/2.0 aperture custom 1/2.3″ Sony Exmor RS image sensor, BIONZ image processing engine, ISO 128000, 4K video recording. We can also see the Sony brand name at the glass back panel. There is nothing present at the bottom end of the phone. 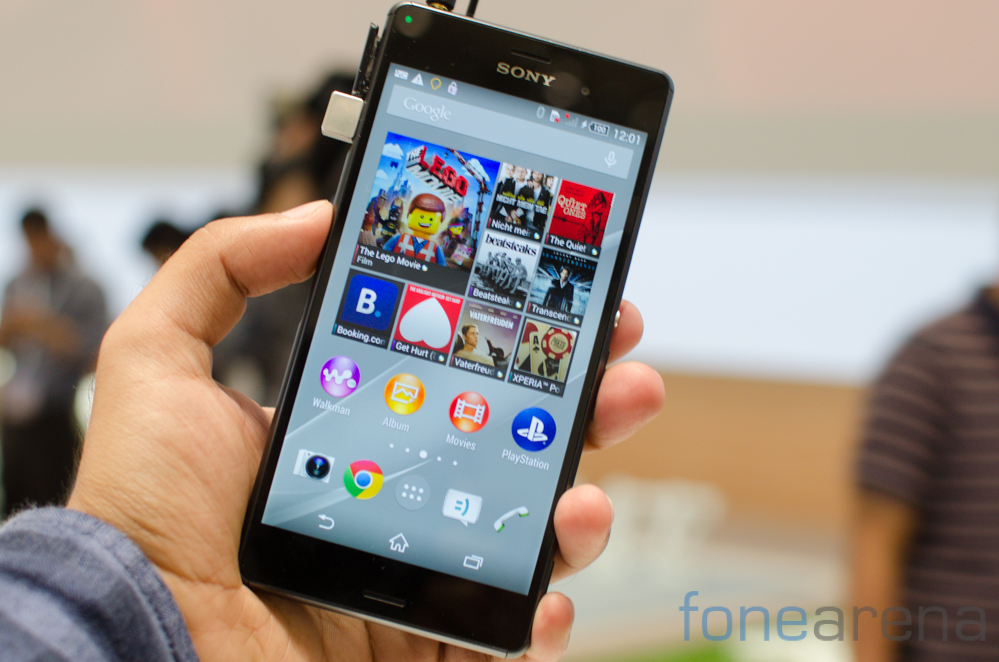 At the front we have 2.2 megapixel 1080p front-facing camera with EXMOR R sensor along with the earpiece, proximity sensor and LED notification light. At the top there is a 3.5 mm audio jack. The phone has a brighter display than its predecessor and is equipped with X-Reality engine, 600 cd brightness. The Xperia Z3 is powered by 2.5 GHz quad-core Qualcomm Snapdragon 801 processor (MSM8974AC) with Adreno 330 GPU. It has 3GB RAM, 16GB internal memory and upto 128GB expandable memory via microSD card. Running on Android KitKat 4.4, the phone has IP65/68 rating for dust and water resistance.