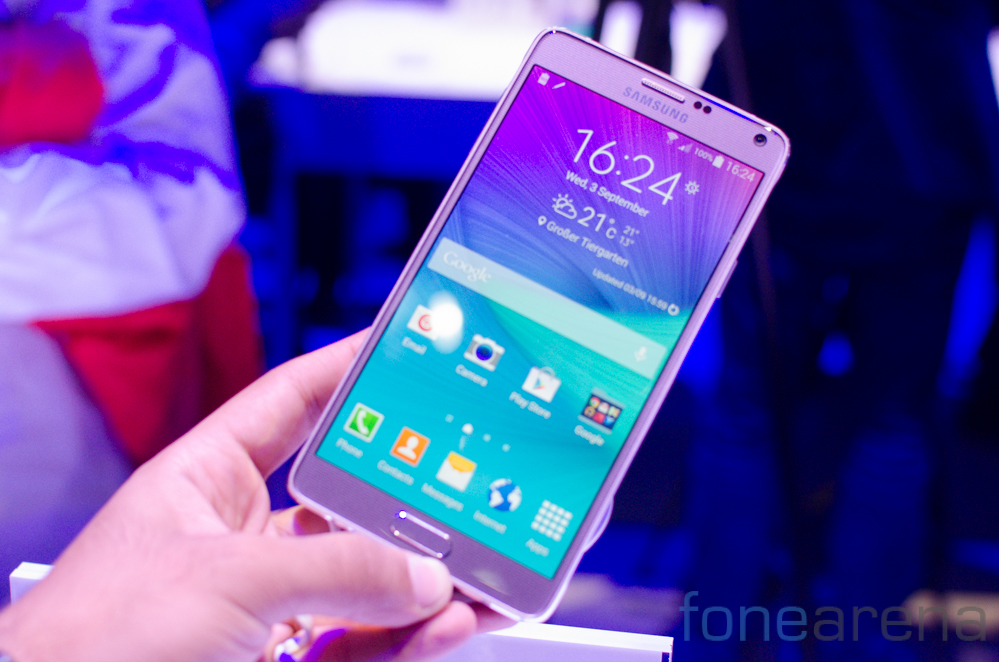 After months of leaks, rumors and reports later, Samsung officially announced the Galaxy Note 4 at IFA 2014 yesterday. The phone’s design resembles to that of the recently launched Galaxy Alpha. It has a 5.7-inch Super AMOLED display with a resolution of 1440 x 2560 pixels and has a Corning Gorilla Glass 3 for screen protection.

The Galaxy Note 4 is powered by Qualcomm Snapdragon 805 chipset with quad-core 2.5GHz Krait 450 CPU, Adreno 420 GPU and whopping 3GB of RAM. It will have 32GB of internal memory that can further be expanded up to 64GB via microSD card. 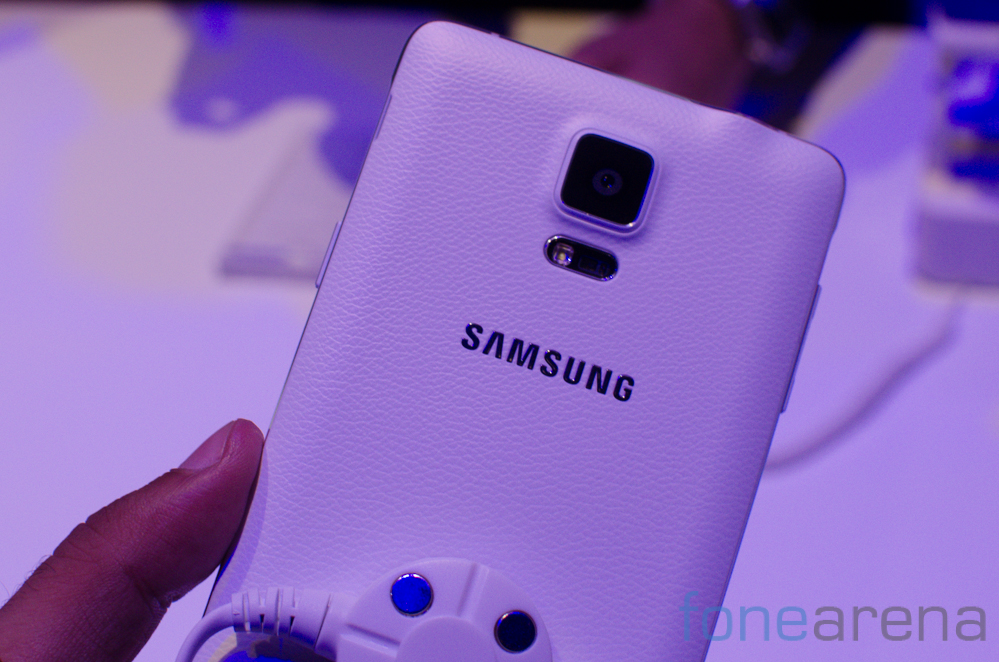 Samsung has gone for a textured back panel instead of the faux leather seen on Note 3. The new panel gives the phone a premium look. It measures 153.5 x 78.6 x 8.5mm and weighs about 176 grams.  Note 4 has a 16 megapixel Sony IMX240 camera sensor with optical image stabilization and dual-LED flash. It also has a new option called Side Touch along with a gesture based method to active the snapper with the screen off. While the front camera also got a bump to 3.7 megapixel sensor, which is capable of shooting images and videos in WQHD resolution (2560 x 1440 pixels). 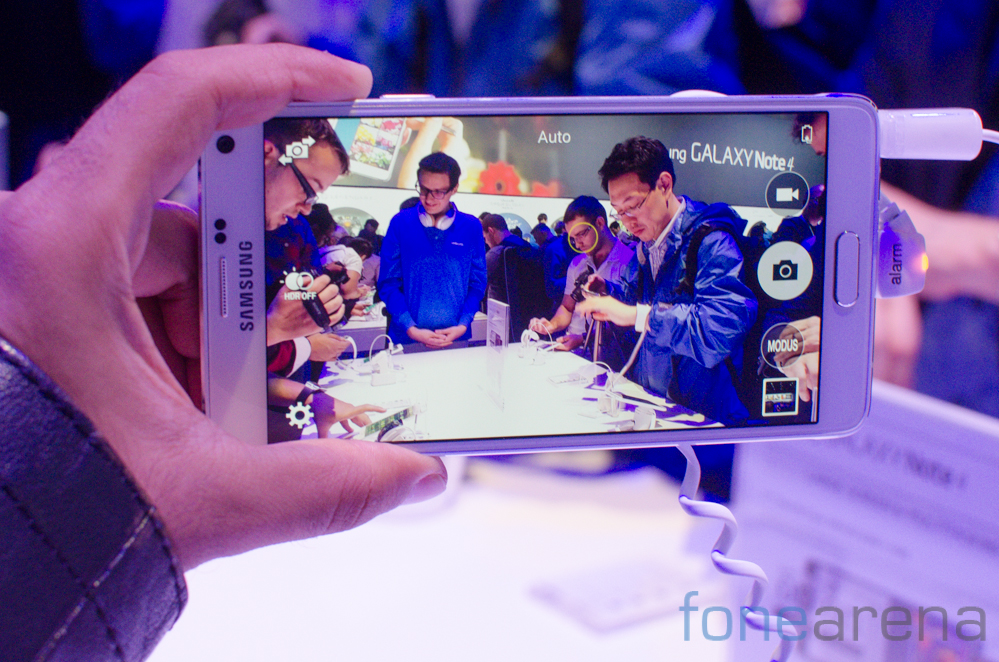 The phone runs on Android 4.4.4 KitKat with the latest version of the home-backed TouchWiz UI on top. It also gets finger print scanner and a heart rate monitor from the Galaxy S5. It comes with S Pen stylus that gets a revamp along with S Note, Multi-window software. 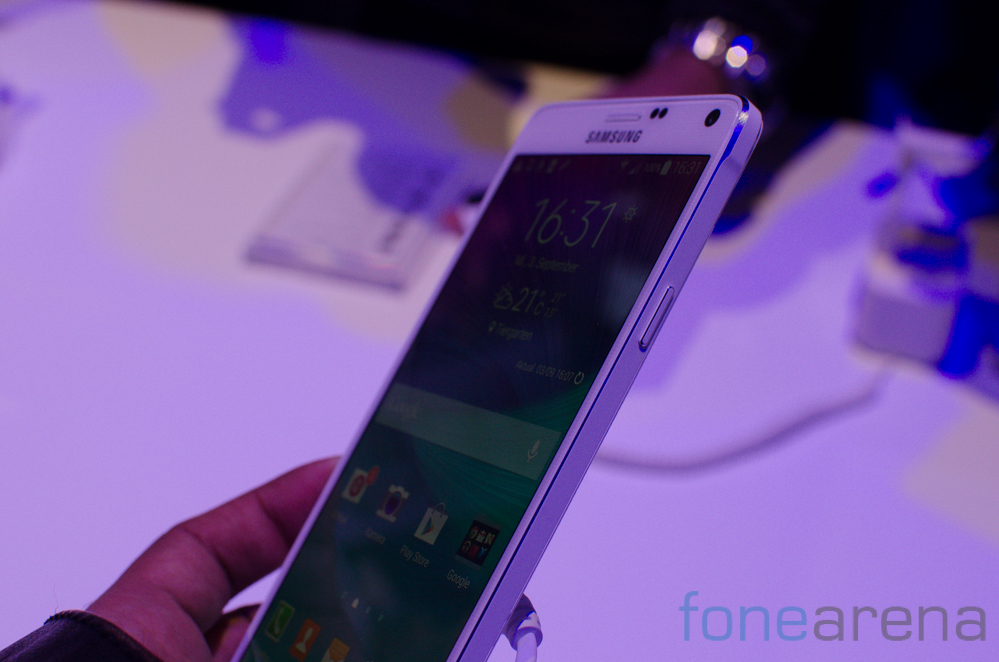 The Samsung Galaxy Note 4 will be available, starting from October but there is no word on the pricing as yet.