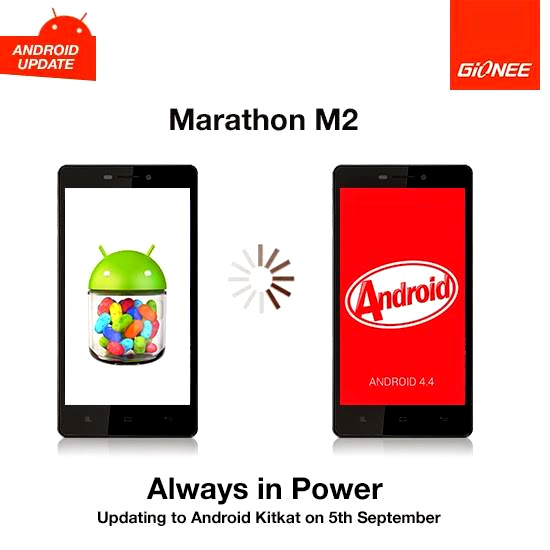 Along with the Android 4.4′s features such as wireless printing, support for emojis and more, this update should bring a new homescreen layout, update for Amigo Paper, Game Zone, UC browser, Kingsoft Office and more, similar to other smartphones. The company did not reveal any details regarding the KitKat update for the Elife E7 that went on sale earlier this year.

We will let you know once the out over-the-air (OTA) update starts rolling out for the Gionee M2 smartphone.