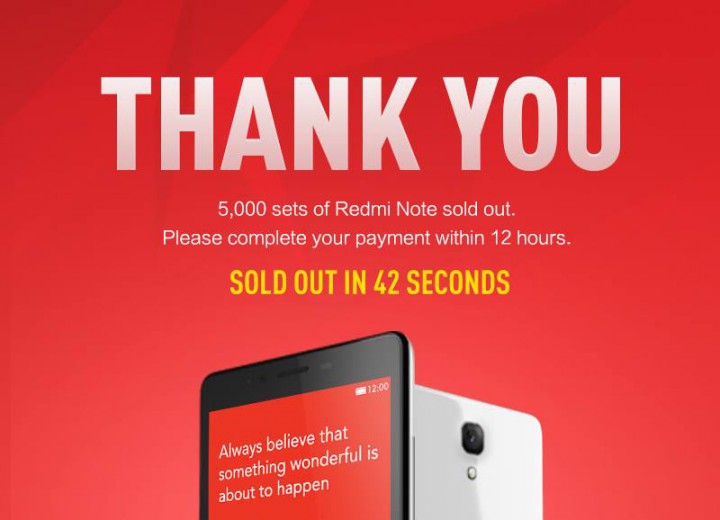 Although it’s the Indian wing of Xiaomi that’s making the most noise for reasons obvious (read: Xiaomi Mi3 launch in India), other, regional Xiaomi branches are making sure they aren’t left behind.

Earlier today, Xiaomi Singapore put up the Redmi Note on sale in the country, and what followed didn’t stay for long. It took Singapore residents a mere 42 seconds to clean up the Redmi Note inventory of the Chinese maker, which now sits as a feather in the ‘flash sale’ cap of Xiaomi.

Thanks for the support! Our Redmi Note sold out in 42 seconds today. Stay tuned for our next sale announcement. For those who have placed orders, please make your payment within the next 12 hours.

The Redmi Note happens to be the first ‘phablet’ from Xiaomi, and was launched earlier this year. It comes with an octa-core processor from none other than MediaTek, which happens to be the SoC of choice for almost every other budget smartphone maker. However, Xiaomi are, as we like to believe, better versed at the budget game than any other maker.