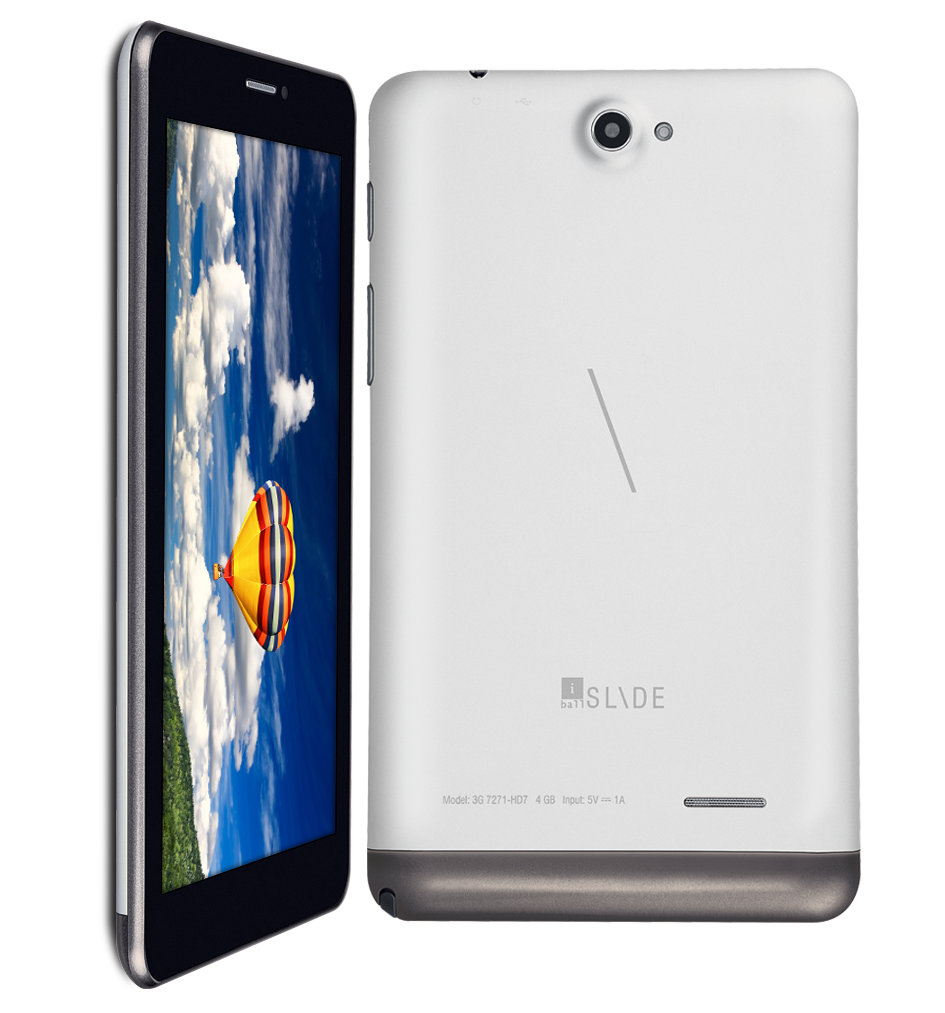 iBall has launched Slide 3G 7271-HD70, successor of the iBall Slide 3G 7271 HD7 that went on sale earlier this year. It has a 7-inch (1024 x 600 pixels) capacitive touch screen display,  powered by a 1.3 GHz dual-core Cortex A7 processor and runs on Android 4.2 (Jelly Bean), similar to the HD7 tablet. It comes with a 2-megapixel rear camera with LED flash and a VGA front-facing camera. It has dual SIM support, voice calling and wireless FM Radio.