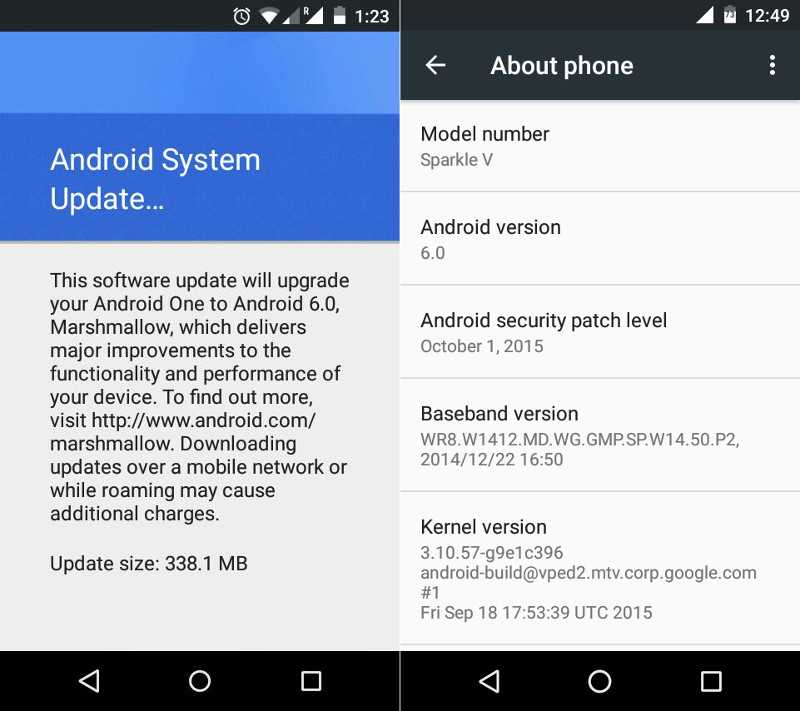 Google started rolling out Android 6.0 Marshmallow update for the Nexus devices starting from yesterday. The Nexus devices are yet to receive the over-the-air update, but there are several reports saying that Android One smartphones – Micromax Canvas A1, Spice Dream UNO Mi-498 and Karbonn Sparkle V are getting the Android 6.0 update in India. No details about the update for Lava Pixel V1. END_OF_DOCUMENT_TOKEN_TO_BE_REPLACED