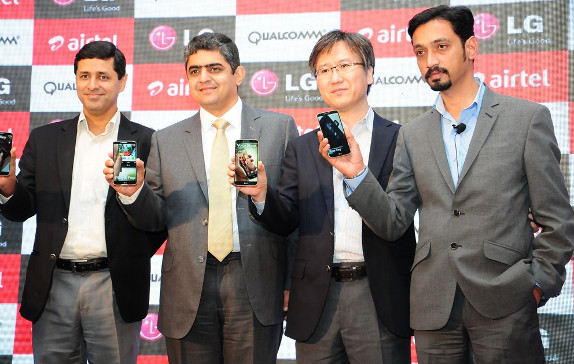 LG Electronics has partnered with Airtel and Qualcomm to set up LTE experience zone in Bangalore for customers to experience 4G LTE. Airtel introduced 4G on mobile first on iPhone 5c and 5s for customers in Bangalore last month. LG launched the 4G LTE variant of the L2 G2 in India earlier this month starting at Rs. 46,000. This is India’s first-of-its-kind 4G LTE experiential program, says LG.

The LTE zone will be live for three weeks starting from today and would have 4G- enabled G2 LTE smartphone that streams full HD videos or movies from the cloud using Airtel’s LTE network, and mirrors it live on LG’s Curved OLED TV.

Airtel offered 4G for iPhone 5s and 5c customers in Bangalore at existing 3G data rates. This is also applicable for customers using 4G on 4G-enabled LG G2 . Airtel currently offers 4G on mobile only in Bangalore and plans to expand this service to other cities soon.