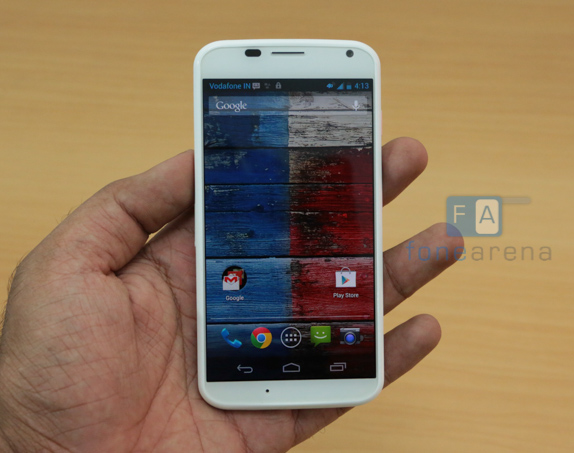 Motorola has partnered with Flipkart once again to launch the Moto X in India, as it promised earlier this week. It was announced back in August 2013 and packs a 4.7-inch (1280 x 720 pixels) edge-to-edge AMOLED display with Corning Gorilla Glass protection, powered by a 1.7 GHz dual-core Snapdragon S4 Pro processor with Adreno 320 GPU and runs on Android 4.4 (KitKat). It has a 10-megapixel camera with 1/2.5″ 1.4 um sensor with an f2.4 lens, LED flash and a 2-megapixel front-facing camera. It has 2GB RAM, 16GB internal storage and 2200 mAh battery. It uses a single nano SIM. The Moto X would also be available exclusively from Flipkart. It has always listening feature that listens to your voice commands even when the screen is off. Since it uses a low power contextual processor for this feature, it saves battery life. 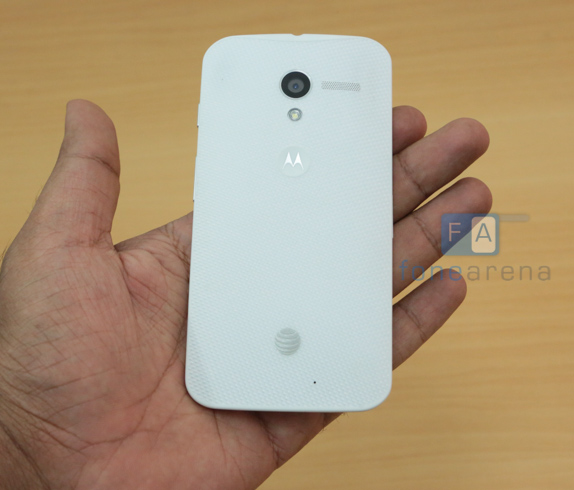 Black and White variants of the Motorola Moto X would be available on Flipkart starting today priced at Rs. 23,999. Flipkart also offers lots of launch day offers such as Rs. 1000 as cashback for users who gets the phone with 6-month EMI and flat 70% on cases if you get the phone.  The Walnut and Teak wood back variants are priced at Rs. 25,999. Other color variants (Cherry Red, Royal Blue, and Turquoise Green) and the wood back variants would be available early April.