Motorola Moto X is a phone that has been hard to find outside the States, but things are changing soon. Motorola launched the budget range Moto G in India last month exclusively via Flipkart and it went on to become its most sold smartphone ever. After the hugely successful Moto G launch, Flipkart teased that they were the exclusively bringing in another Motorola device – Motorola Moto X. After a week of teasing, Flipkart has finally announced via their Twitter account that the Motorola Moto X would go on sale on March 19 and will be available for Rs. 23,999. 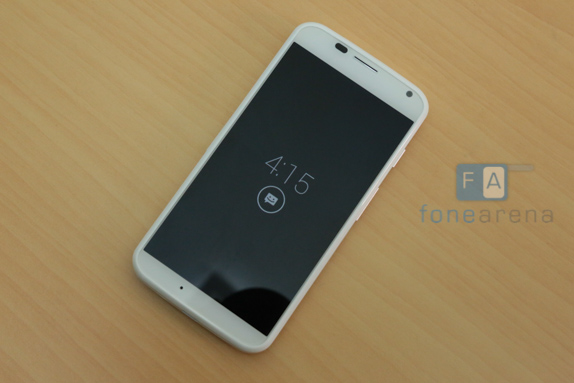 Motorola Moto X was announced way back in August and it was a very good smartphone that came with a compact body and a 4.7inch display. It is currently available in the US for $399(Rs. 24,500) and its pricing of Rs. 23,999 is quite competitive. Motorola Moto X comes with always listening feature that allows you to use the phone even without touching it.

The specifications of Motorola Moto X are

Flipkart has revealed that only the 16GB variant will be coming to India for now. Also, the Moto X customization will not be there. Motorola Moto X will be available in five color options and two wood back options. The wood back variants will be available for Rs. 25,999. Just like what they did with Moto G, Flipkart is giving away launch day offers for the Moto X as well. You can check out the detailed post for launch day offers right here.

At launch, only the black and white color will be available. The remaining three color options will be on pre-order and will be delivered during the 2nd week of April. Also Flipkart is bringing the Walnut and Teak finish wood back variants.

Big news! The #MotoX will start at Rs. 23999 and is releasing tomorrow! #MotoOnFlipkart http://t.co/LrWqTuHXuE pic.twitter.com/KvEcEud9ne