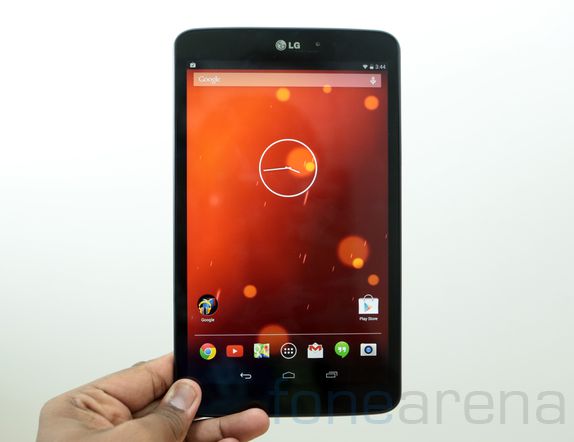 The box contents of the LG G Pad 8.3 Google Play Edition are as follows 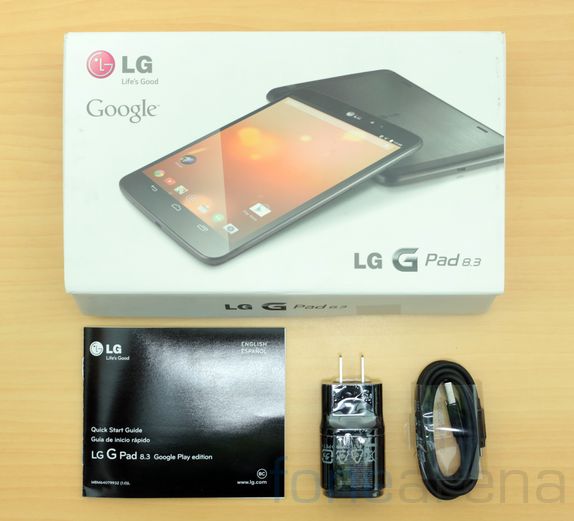 LG G Pad 8.3 feels a little bigger than the usual small tablets because of its relatively bigger screen size. LG G Pad 8.3 follows the design language of LG G2. The side bezels are thin for a tablet and the relatively big top and back bezel are essential for holding the tablet comfortably. 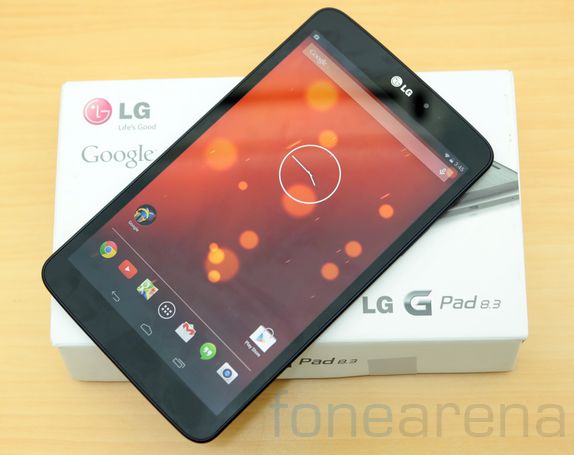 The back of the device is made of metal which not only gives the device a premium look, but also makes it feel solid and durable. There are two speaker grills on the back for stereo output. The metal part of the phone occupies most of the back, but there is also some plastic around the metal going through the sides of the tablet. The plastic does not feel cheap and nicely complements the metal. On the back, there is a 5MP camera on the top and on the front, we have a front facing camera for video calls. 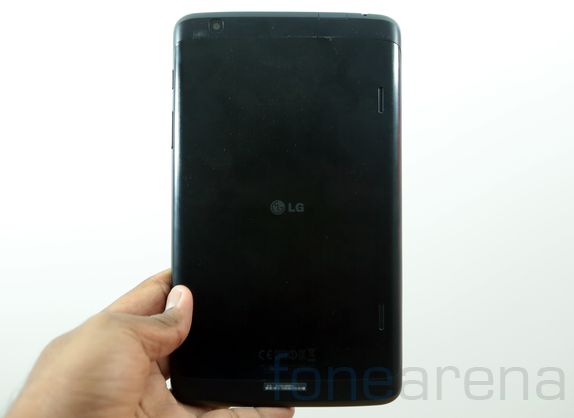 On the right side of the tablet, there is the volume rocker and power lock button. At the bottom, we have the microUSB port and microphone. The left side is barren while the top houses the 3.5mm audio jack, IR blaster and a microSD card slot. 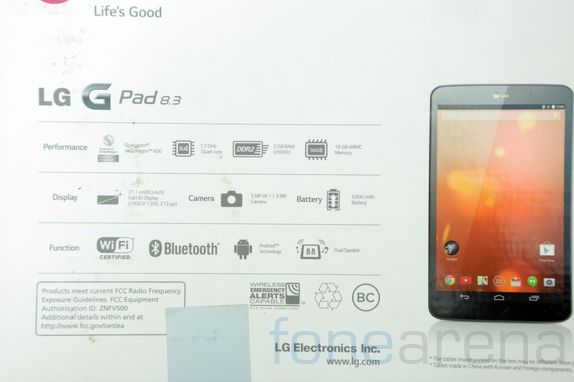