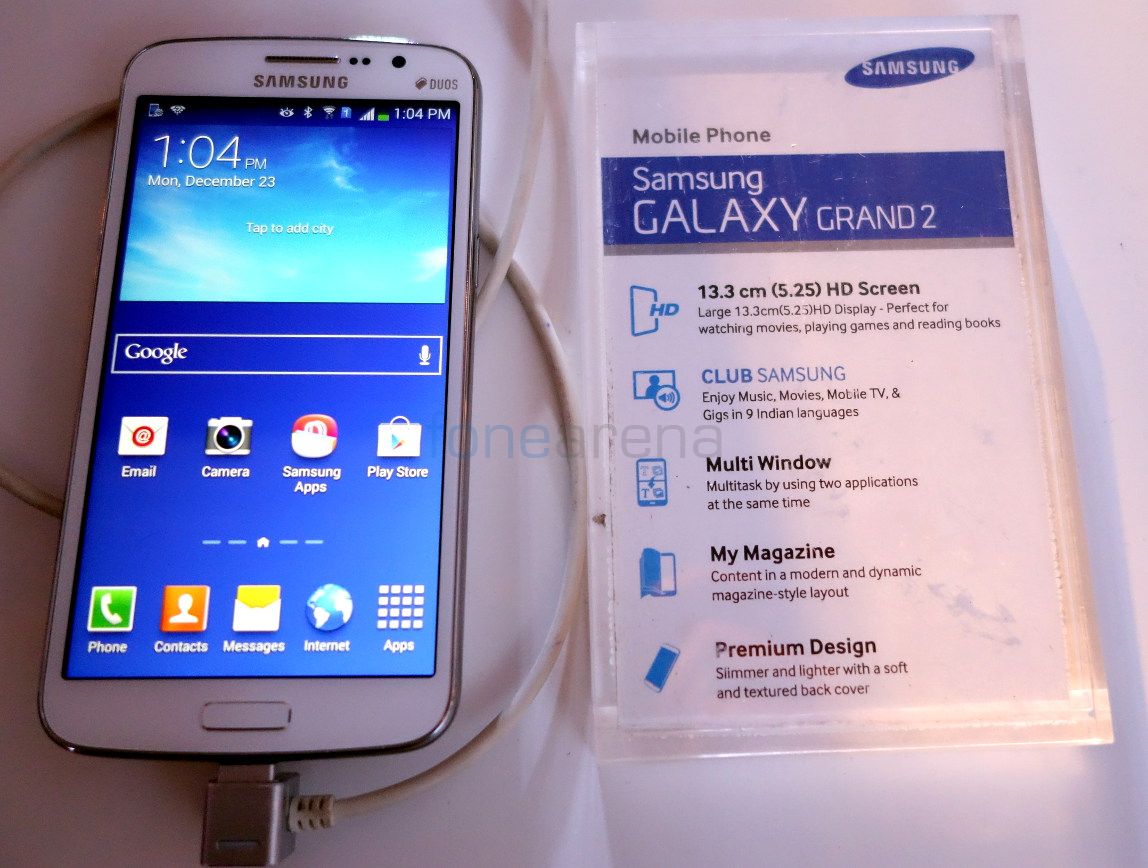 Samsung launched the Galaxy Grand 2 earlier today at an event in Mumbai. The successor of the Galaxy Grand would be priced between Rs. 22,900 and Rs. 24,900. It is already available for pre-order from the Samsung India eStore and would go on sale in the first week of January 2014. At the launch event we got some hands-on time with the device. Check out the hands-on and the first impressions below. Grand 2 users would also get free Club Samsung access for the first 3 months. 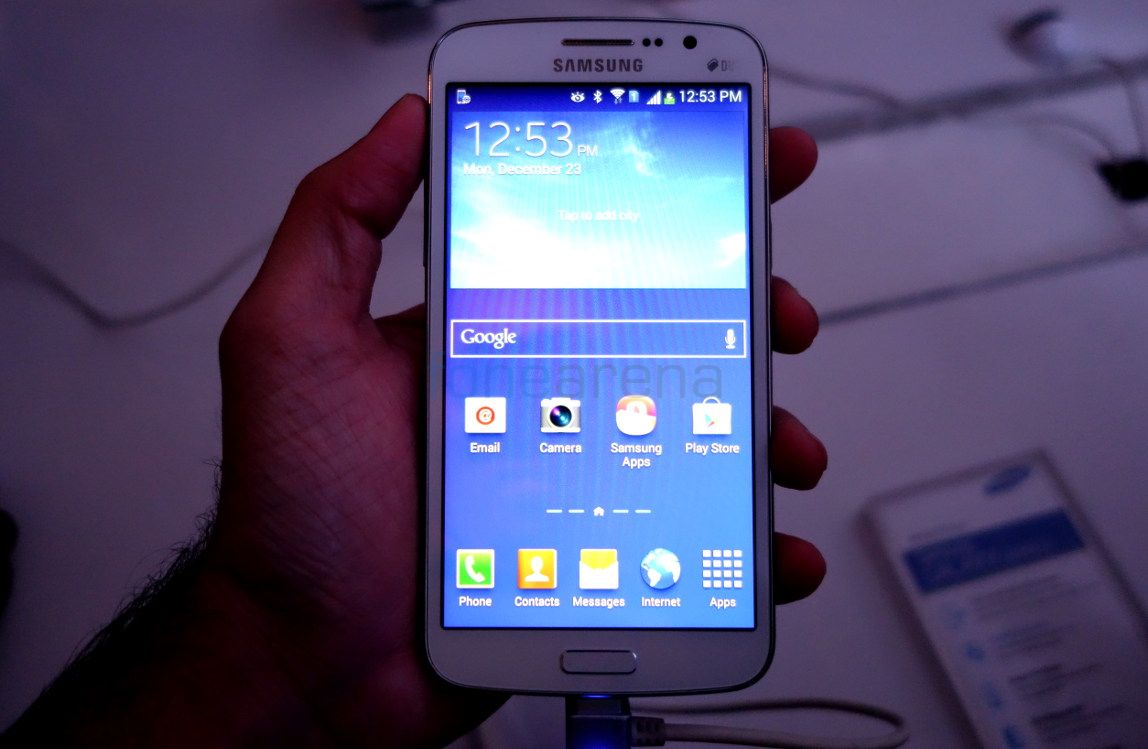 The Galaxy Grand 2 has a 5.25-inch HD display at a resolution of 1280 x 720 pixels. The display is sharper and brighter than the first Grand.

The phone has Samsung branding and Duos branding on the top. It has proximity and ambient light sensor on the top along with a 1.9-megapixel HD front-facing camera. 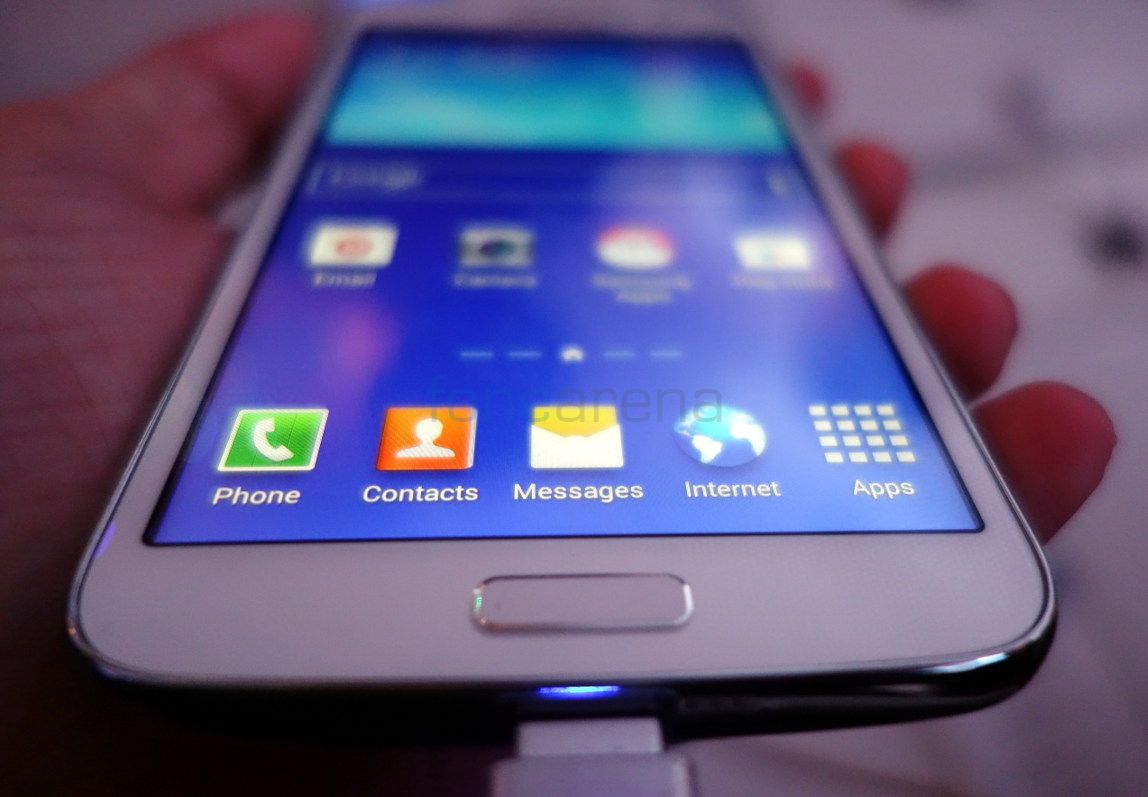 It has Samsung’s signature hardware home button on the bottom. You also get the capacitive touch buttons for menu and back, which are hardly visible when it is OFF.

There is a 3.5mm audio jack on the top.  There is a Qualcomm sticker on the top since the phone is powered by a Qualcomm SoC with a built-in 3G HSPA+ modem. Samsung did not reveal the exact chip model yet. 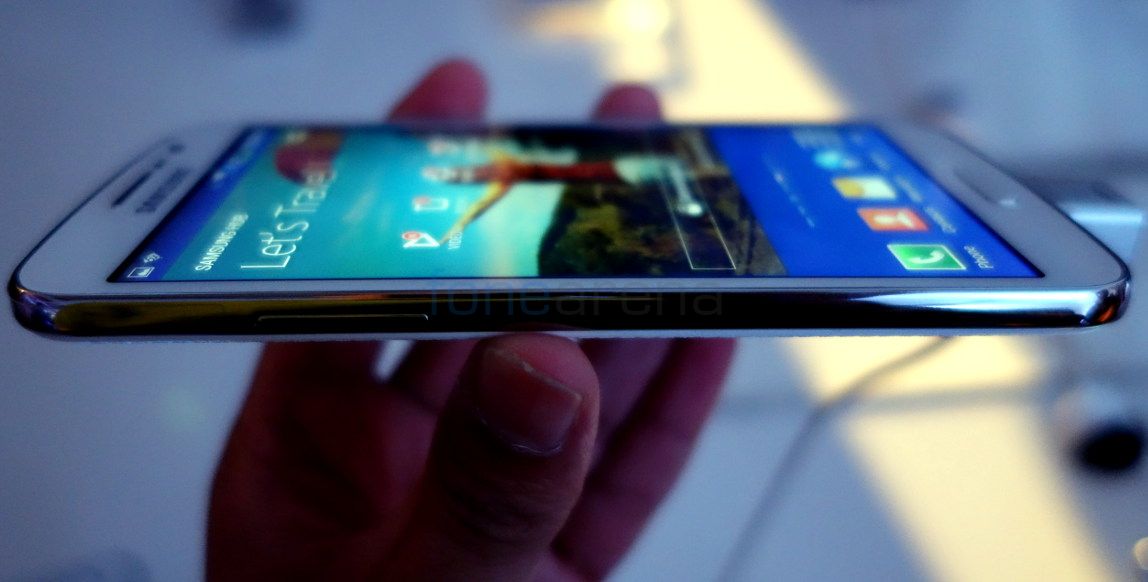 The phone has shiny chrome finish on the sides, similar to the first Grand. You have the volume rocker on the left side. 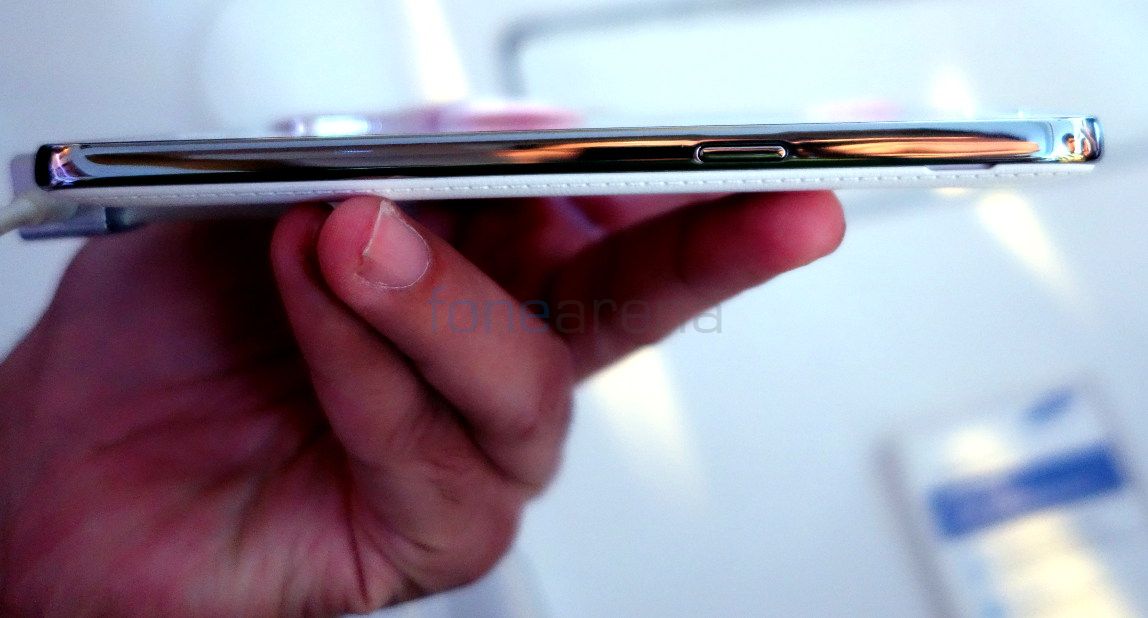 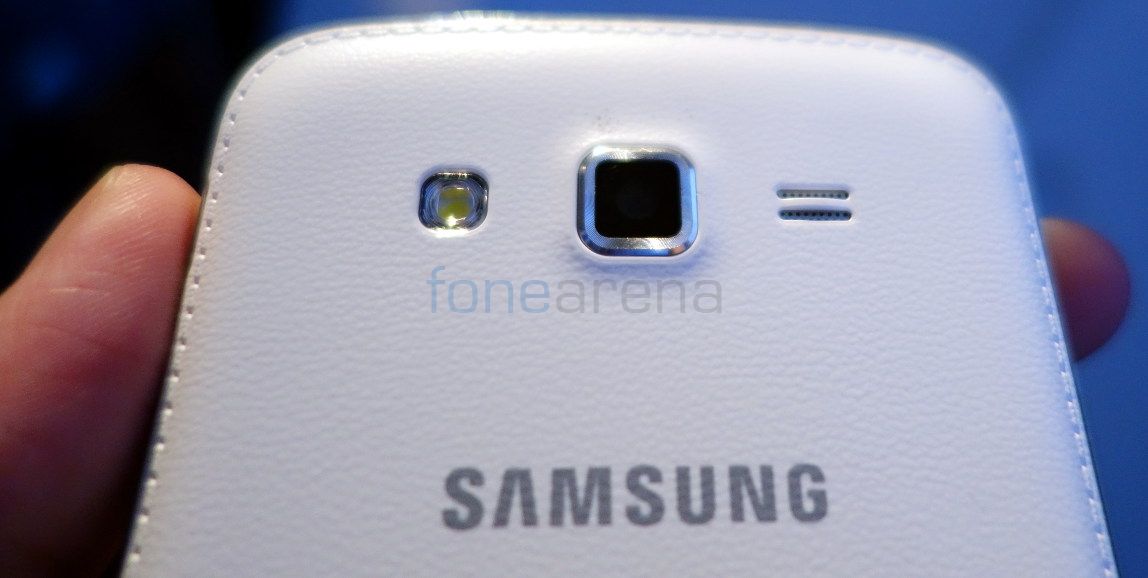 The phone has leather-like premium feel on its removable back cover, similar to the Note 3. There is a 8-megapixel auto focus camera with single LED flash, along with a loudspeaker grill. 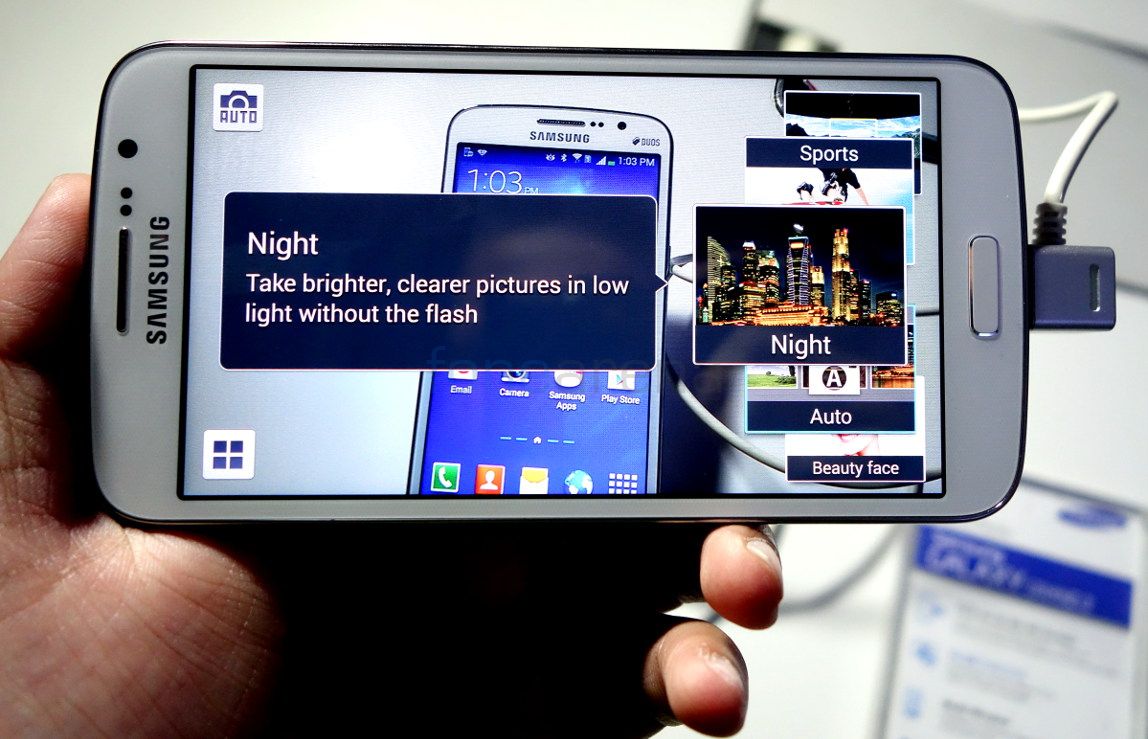 The camera UI is similar to the S4, but the camera features might be limited. 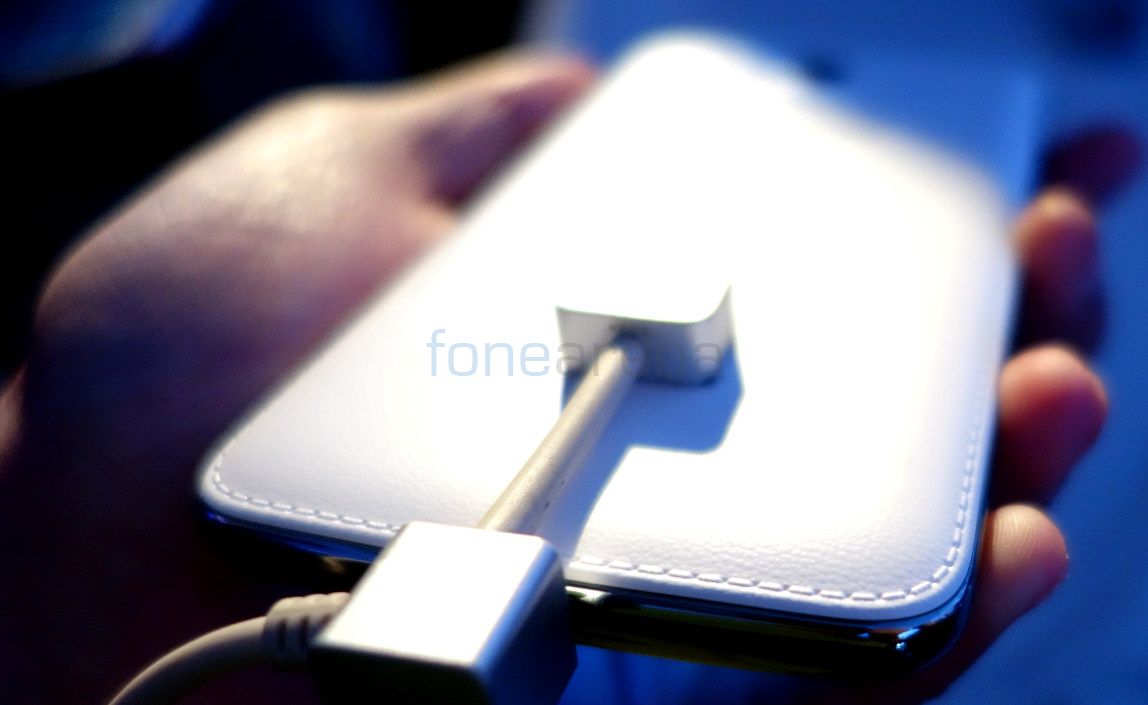 You can see leather-like back cover with stitches clearly. 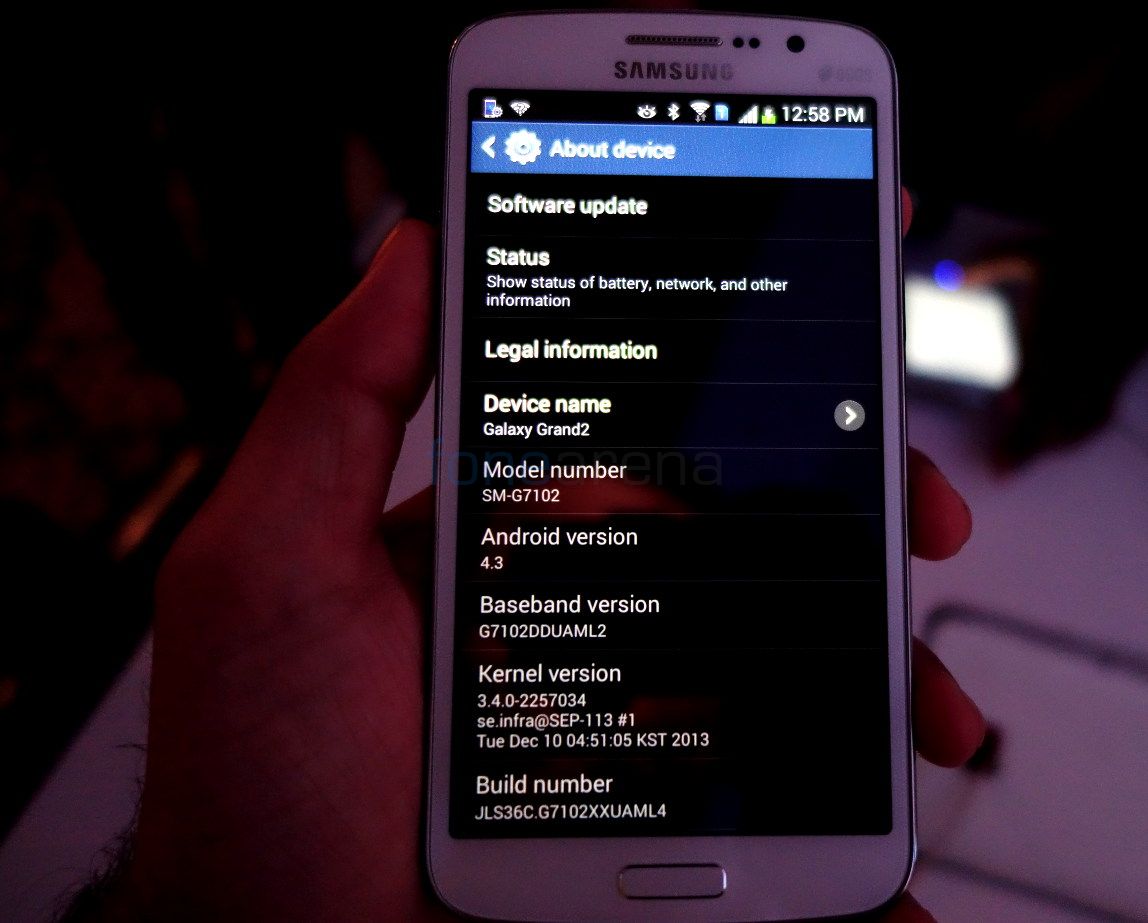 The phone runs on Android 4.3 (Jelly Bean) out of the box with Samsung’s own TouchWiz UI on top. The firmware version is dated December 10.

You get a lot of features in with the Android 4.3, including quick settings. The phone also has an improved mult-window and has My Magazine offers content in magazine-like layout. 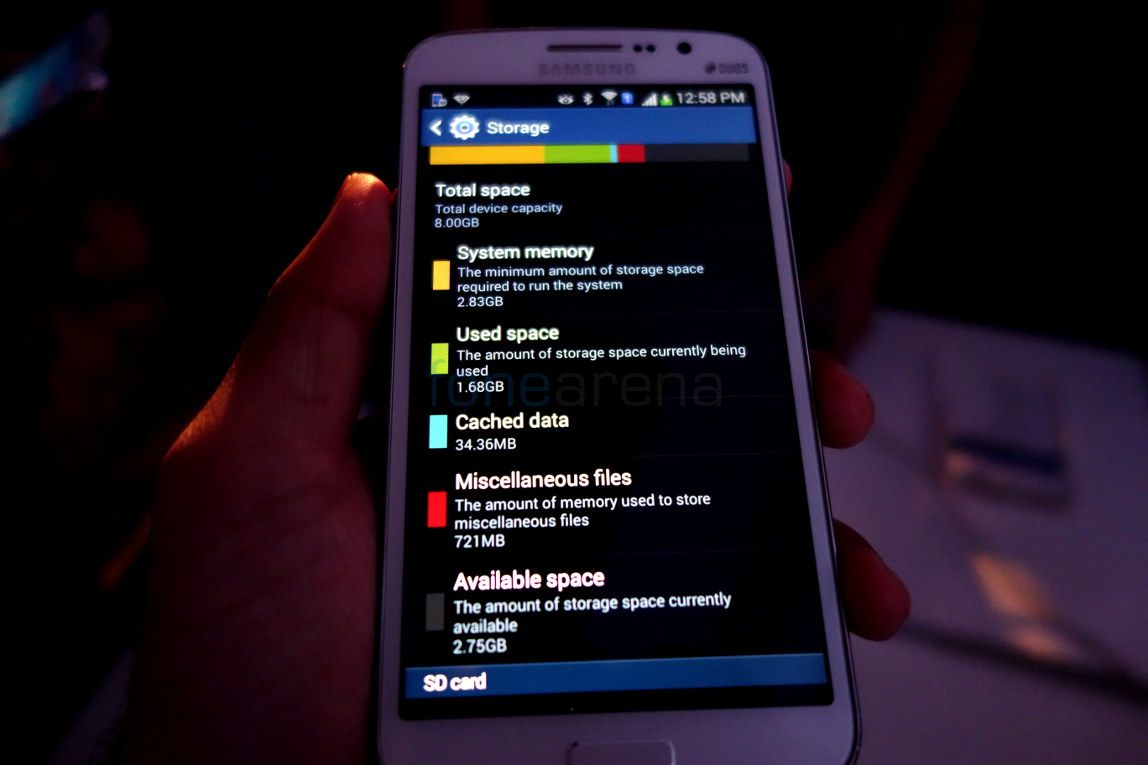 The phone has 8GB of internal storage, but the usable space would be less. The phone pack 1.5GB of RAM and has a 2600 mAh battery. That’s it for the hands-on. We will bring out the unboxing of the retail unit next month.