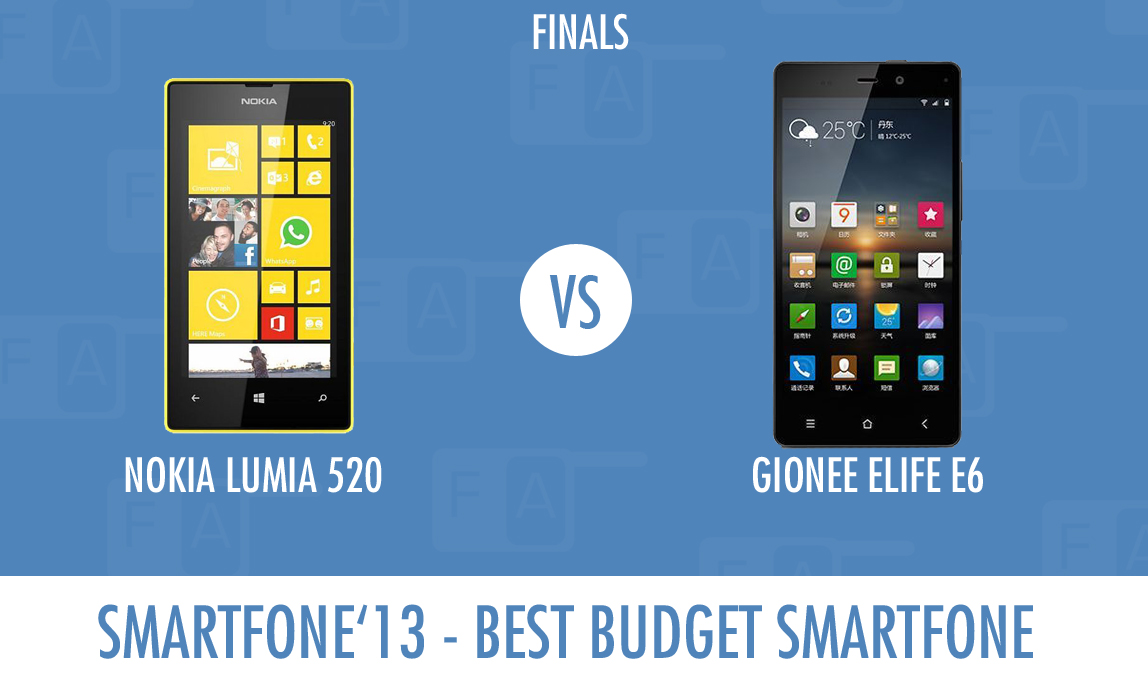 Nokia Lumia 520 is the only Windows Phone smartphone in the entire lot and comes at a very affordable price. Nokia Lumia 520 has a relatively small 4inch WVGA display and is powered by a 1 GHz dual core Snapdragon processor. There is 512MB RAM and you get 8GB internal storage along with a microSD card slot for expansion. Nokia Lumia 520 runs on Windows Phone 8 and comes with the flashy fancy Windows Metro UI. There is a 5MP camera at the back and no front facing camera which is kind of a disappointment.

Gionee Elife E6 too, is the company’s first Full HD smartphone and features a 5inch 1080p Full HD display and features a MediaTek 1.5GHz quad-core MT6589T processor. There is 2GB RAM and 32GB without any microSD card slot. Gionee Elife E6 runs on a heavily modified version of Android 4.2.2 with a superb UI which lags and is sluggish always. On the back, Gionee Elife E6 has a 13MP camera that can record 1080p videos and a 5MP front facing camera.

Among the two phones, let us know which is your favorite by voting right below. Can the popular Nokia Lumia 520 beat the Gionee Elife E6? Let us know by voting below