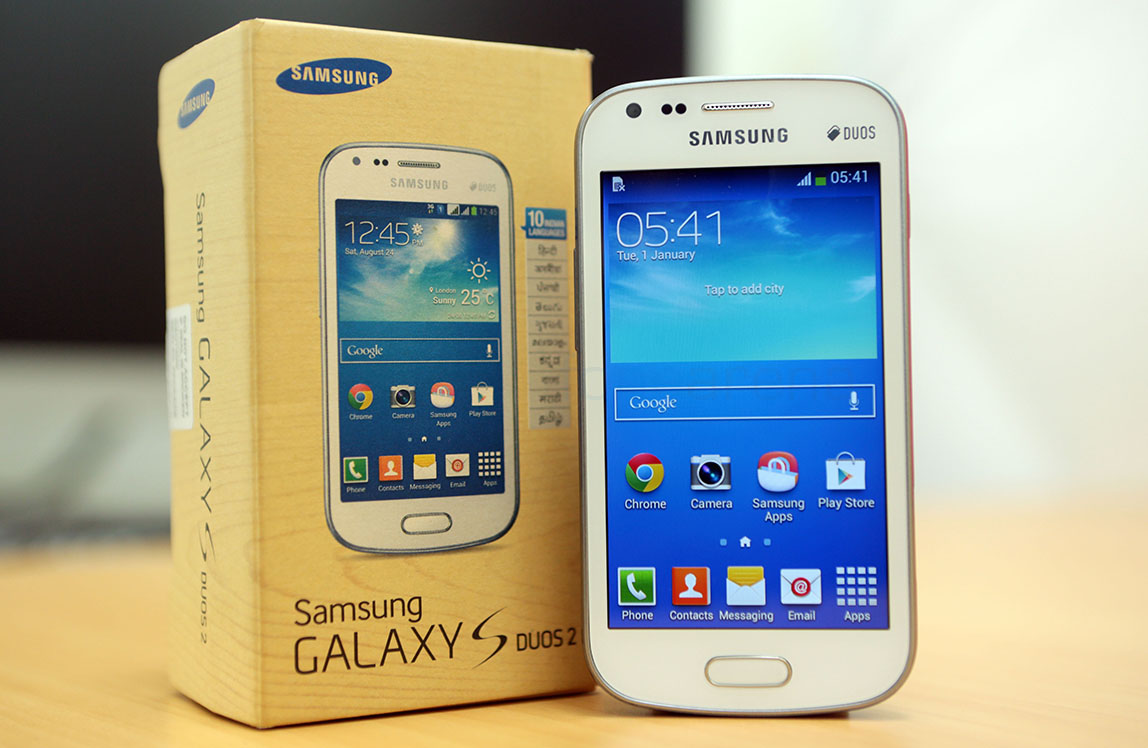 Samsung Galaxy S Duos 2, successor to the original S Duos, was officially launched in India just a day back, for a price of Rs. 10,990. This is out and out a mid range device from Samsung, building upon the success of the original, which was quite popular for its price tag and the value it offered. It just got better with the S Duos 2, but not as much as one would expect. Today, we bring you the unboxing of this device, just a day after launch, so that you can probably decide whether to go for this or not. Here’s the quick unboxing and overview of the Samsung Galaxy S Duos 2 –

The box is typical Samsung, made of eco-friendly material and printed in soy ink. Here are the box contents – 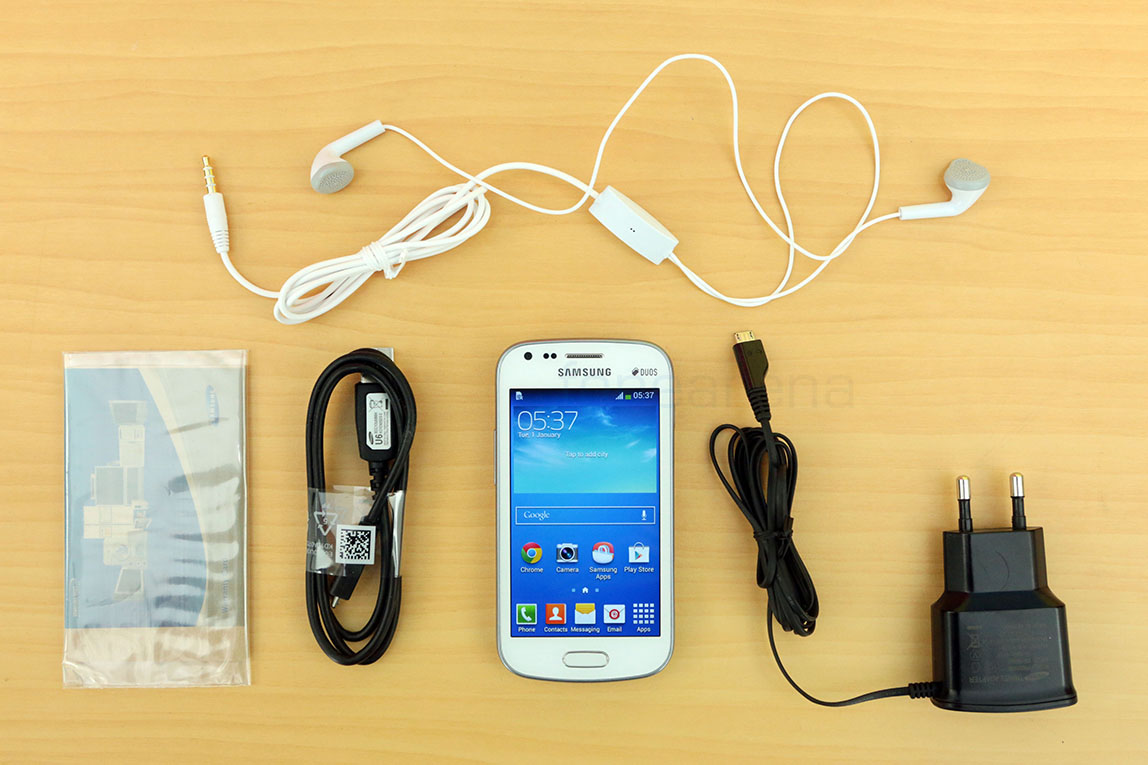 As you can see from the box contents, it’s nothing special, but lets see what the device looks like, up close. 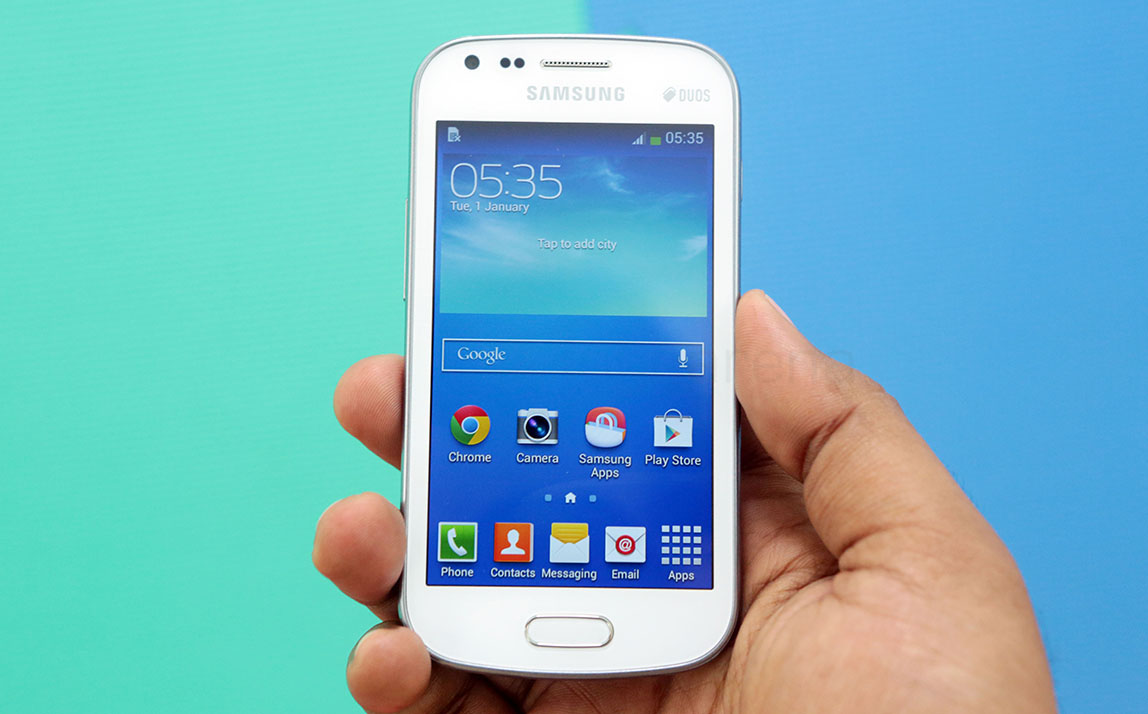 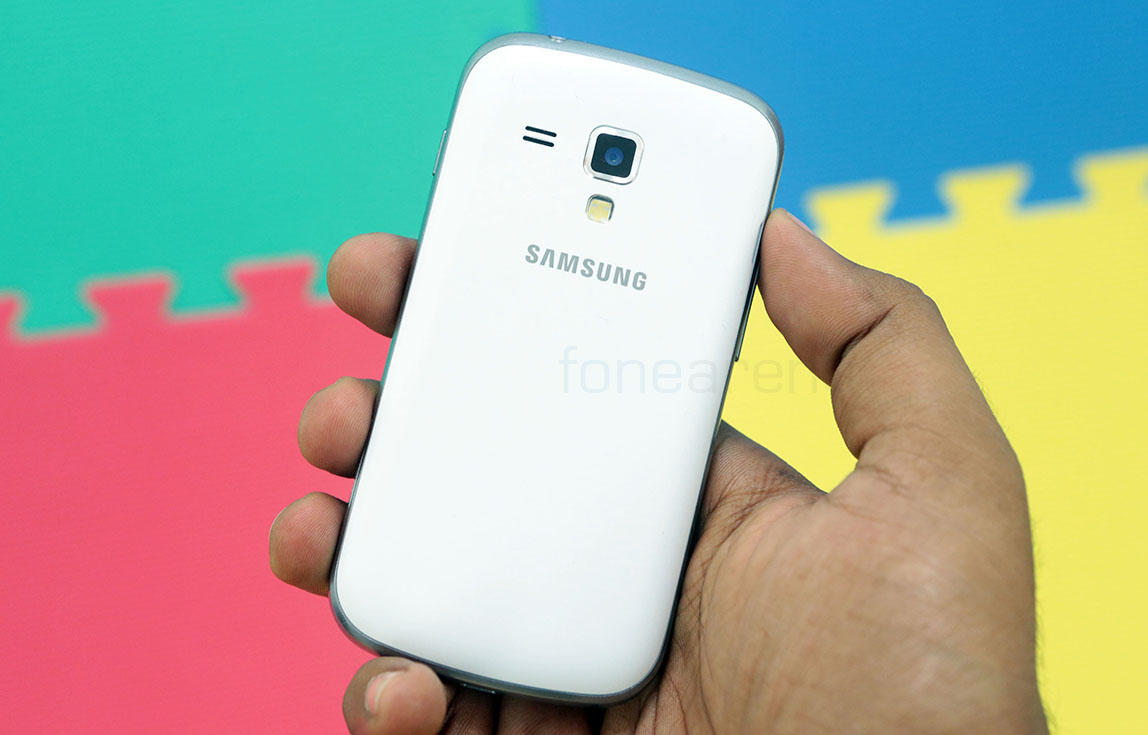 Made of smooth and matte plastic, the back looks more premium than before and provides a great fit for the hands thanks to the slightly curved edges. The sides are still made of the false-metal plastic, but even they have less gloss, which makes the cheap device look.. less cheap. Kind of surprised that Samsung could pull this off in the low end, and it just might be a sign of changes that are yet to come in its wide portfolio. The other changes from the original include a newer and faster 1.2 GHz Dual Core processor, and the options to use a 64 GB memory card, instead of just 32 before. These, and the build quality seem to be only hardware level changes so far, and in terms of software, we have Android 4.2.2 on this device, which is alright by today’s standards. Anyways, we will be letting you know all the aspects of this device through benchmarks, gaming review and of course, our full fledged review soon. So, let us know what you think in the comments section below, and take a look at the other photos of the unboxing here –