Qualcomm has announced the Snapdragon 805 processor in the 800 series. It is also the successor of the Snapdragon 800 processor that was announced back in January earlier this year and features the new Adreno 420 GPU that is 40 percent more graphics processing power than its predecessor and supports mobile video, imaging and graphics experiences at Ultra HD (4K) resolution, both on device and via Ultra HD TVs. It is also the first mobile processor that offers system-level Ultra HD support, 4K video capture and playback and enhanced dual camera Image Signal Processors (ISPs), says the company. 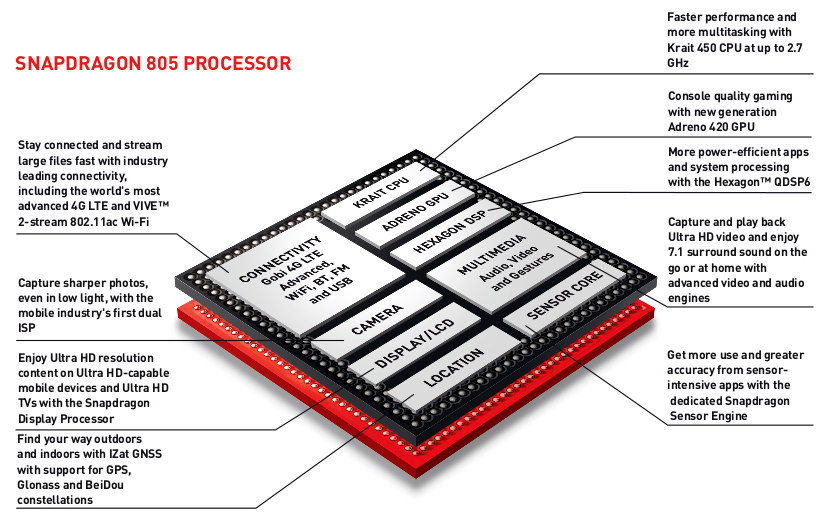 The Snapdragon 805 processor is sampling stage and is expected to be available in commercial devices by the first half of 2014.