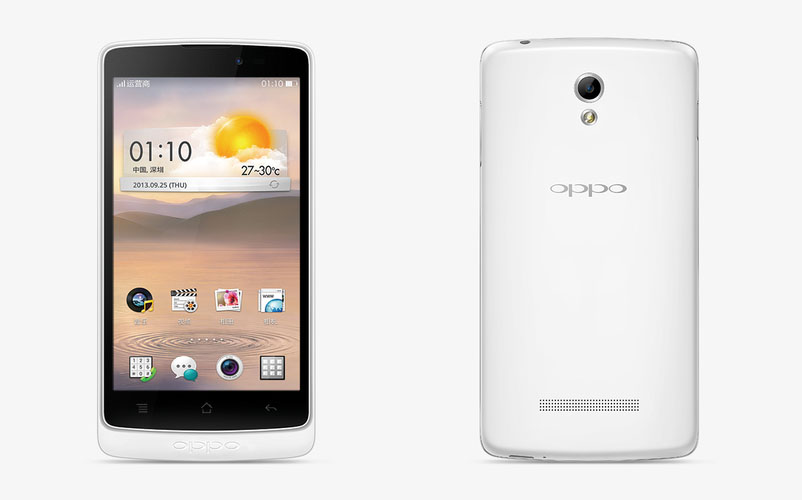 While flagships like the N1 keep coming, Oppo has sought to gain marketshare and mind share with its mid range devices too. It started with the Oppo R819, and now a new Oppo R833T mid range smartphone has been revealed in China. It’s a 4.3″ device with modest specifications, which is similar to the ones we have here in the Indian mid range market. The device runs on a 1.3 GHz Quad Core Cortex A7 processor and has 1 GB of RAM, with 4 GB of internal storage augmented with a micro SD expansion slot if needed. There is also a 5 MP camera on the back with a single LED flash and this phone unsurprisingly runs on the company’s own Color OS, with Android 4.2.2 underneath. The phone is undoubtedly aimed at the low-mid end range of smartphones which is the fastest growing segment in a market like China or India.

Here are the full specifications of this device –

The photos point to a nice matte plastic build for the Oppo R833T. Going by the company’s tradition, we hope the build quality is as good as the pictures make it out to be. We will be keeping an eye on the global availability and the pricing once it is revealed, but as of now, this seems like a really cheap entry for Oppo. Let us know what you think of the specifications in the comments section below.