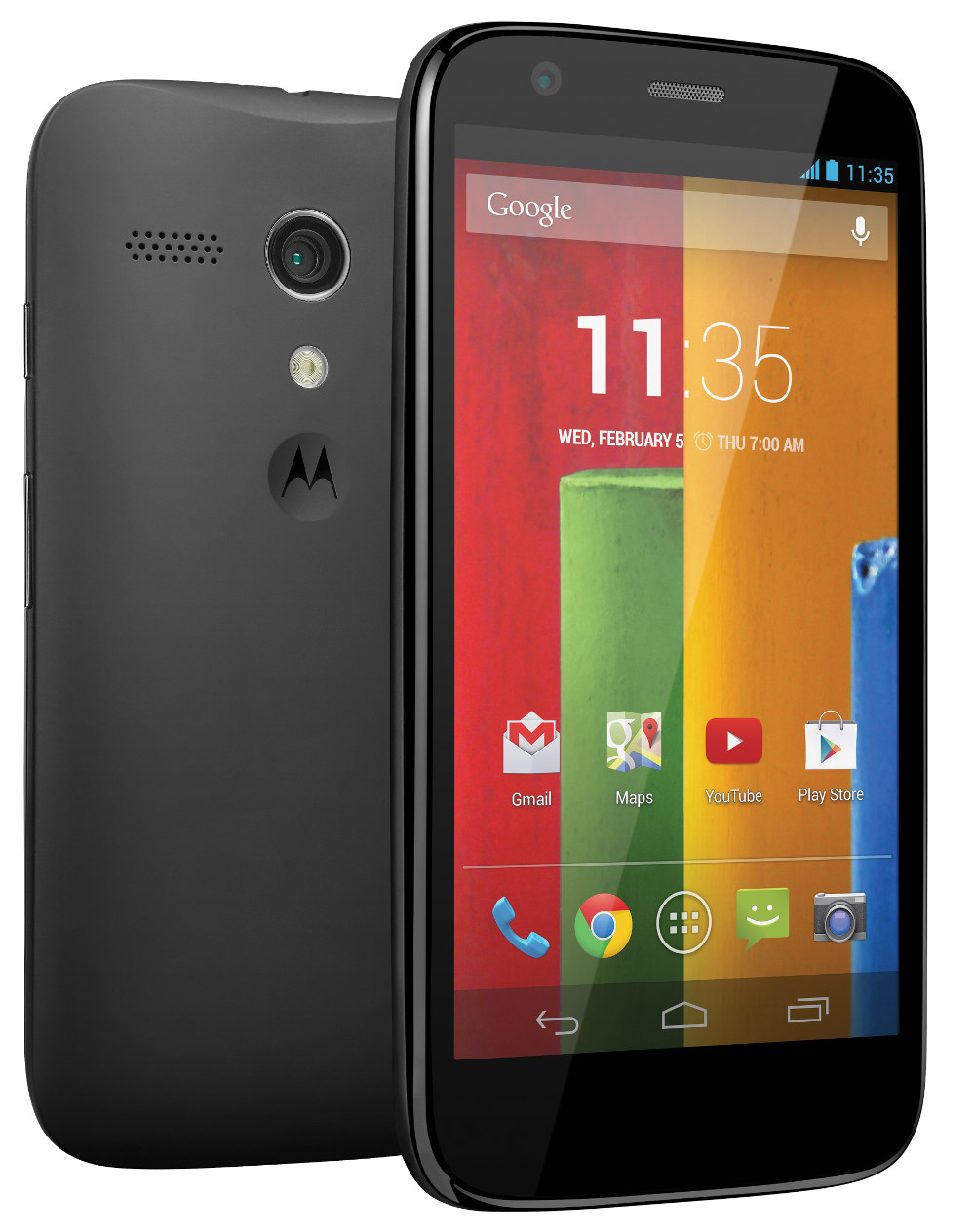 Motorola has finally announced the Moto G, the company’s latest budget smartphone as they promised. It has a 4.5-inch (1280 x 720 pixels) edge-to-edge display at 329 ppi with Corning Gorilla Glass protection, powered by a 1.2 GHz quad-core Snapdragon processor and run on Android 4.3 (Jelly Bean) with upgrade to Android 4.4 (KitKat) soon. It has a 5-megapixel rear camera with 720p HD video recording and a 1.3-megapixel front-facing camera. It has a water resistant coating both on outside and inside for complete protection.

The Motorola Moto G is priced at $179 for the 8GB version and the 16GB version costs $199. It will be sold without contract and an unlockable bootloader first in Brazil this week and parts of Europe,  Latin America, Europe, Canada and parts of Asia within the next few weeks. It will be available in the US, India, the Middle East and more of Asia in early January 2014. Motorola has announced that the Moto G will be available in more than 30 countries with 60 partners by 2014.