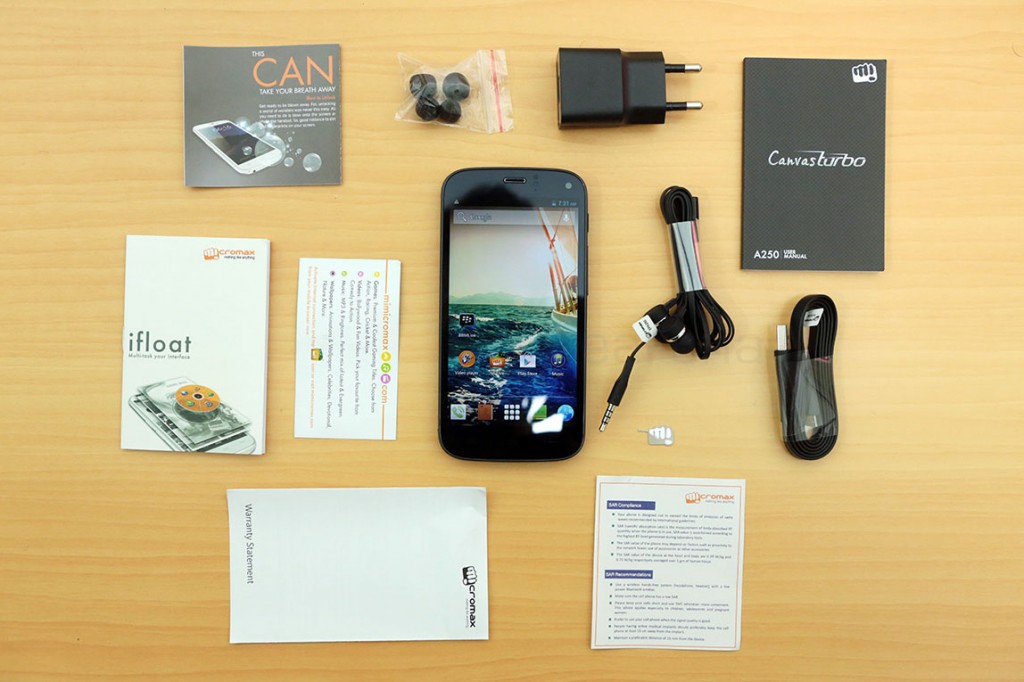 Today, we bring you the unboxing of Micromax Canvas Turbo, the latest and greatest from Micromax in the highly popular canvas series of devices. Hugh Jackman was a huge score for the company as it plans to push its limits beyond the Indian borders. Announced in October for a price of Rs. 19,990, the phones marquee features are its full HD display, its quad core 1.5 GHz MediaTek MTK6589T processor with 2 GB of RAM and 16 GB of ROM. With quick successions to the flagship range, how does the Canvas Turbo differ from the Canvas 4 and the Canvas HD? Ideally, we will be able to talk about it in our review, but here’s a quick unboxing video for a quick overview of the box contents and the device itself –

We were sorta bummed to see it not include a flip cover because that seems to be the number two accessory purchase right after the screen guard, which too, is missing from the box. But with the quality of the components, like the premium ear phones or the micro USB cable, we can’t really complain. The box packaging sports the specs on the back, you can take a quick look at it here – 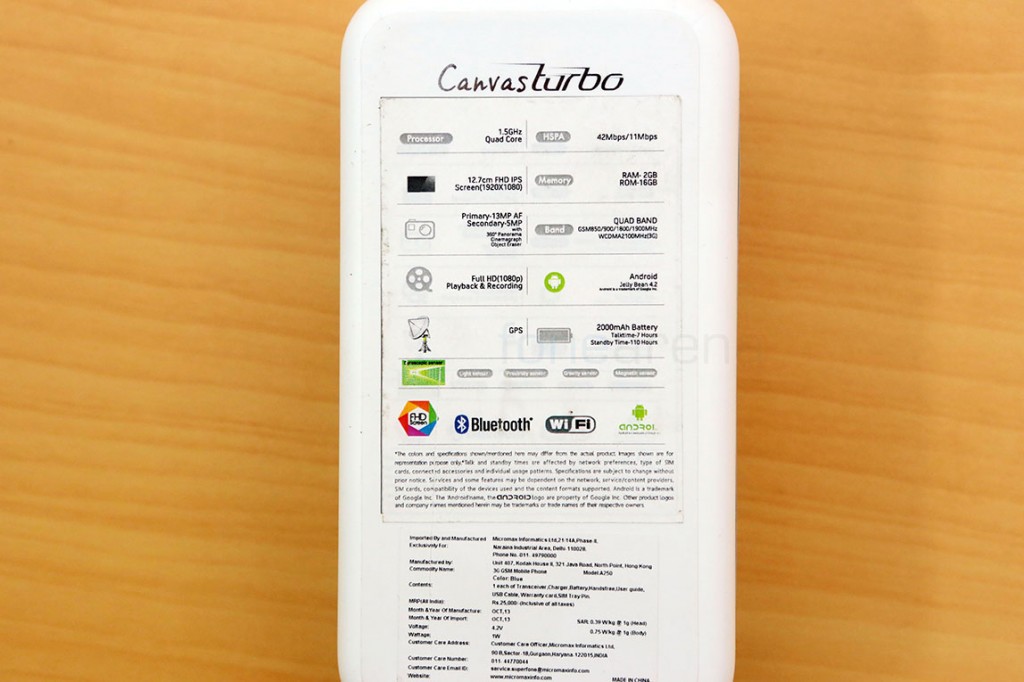 So, there you go, those are the specifications of the Micromax Canvas Turbo. Pretty similar to the Canvas 4 except for the build, the internals and the display. 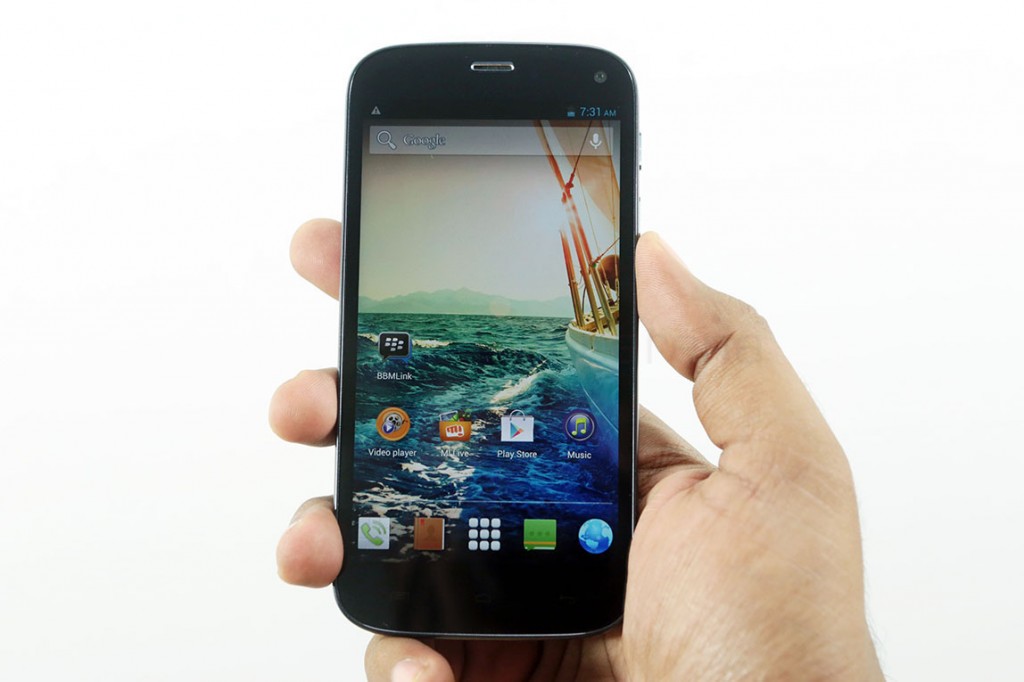 Talking of the display, the Micromax Canvas Turbo has a 5 inch full HD 1080p IPS display that looks really slick, when turned off. This is evidence of a bonded display, which Micromax calls CGS – Continuous grain silicon. In real, the display looks really dense and has nice viewing angles. We will be testing out the display in detail and report more, later. 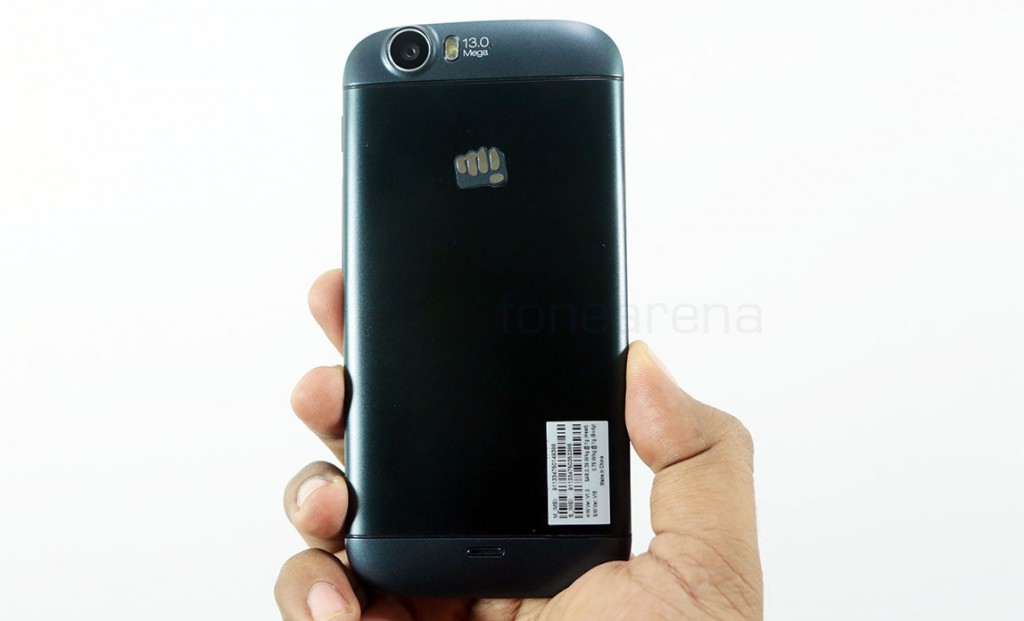 The back is designed very similarly to the Canvas Doodle 2. It feels great in the hand thanks to the curved edges and the metal finish for the most part of the back. The sides are in plastic though, which makes it exactly opposite of the Canvas 4’s build, which is predominantly plastic with a premium finish on the sides. 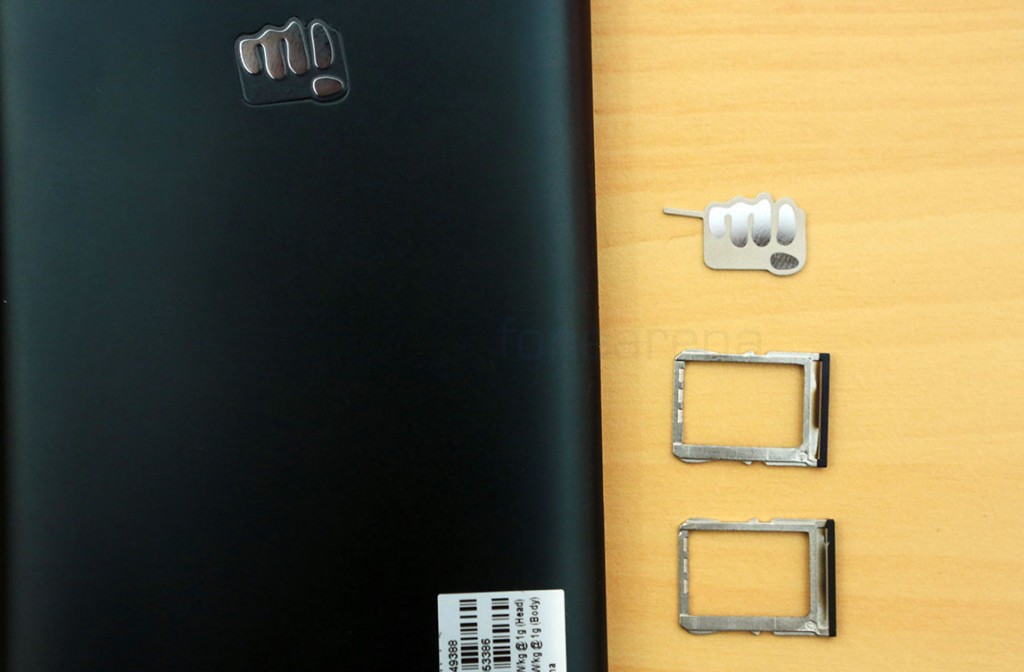 Since the back is sealed and has a non removable 2000 mAH battery, it has allowed the phone to be thinner at 8.6mm and the two dual micro SIM slots are on the sides, forcing the company to use the power button and volume rocker combined, on the other side. Our first impressions of the Canvas Turbo are solid, but we should give it more time until we form strong opinions about the product, which we will do eventually. So, until then, keep an eye on our YouTube channel for the subsequent coverage of the Micromax Canvas Turbo and stay tuned to the blog for more.

Here are the rest of the box contents –