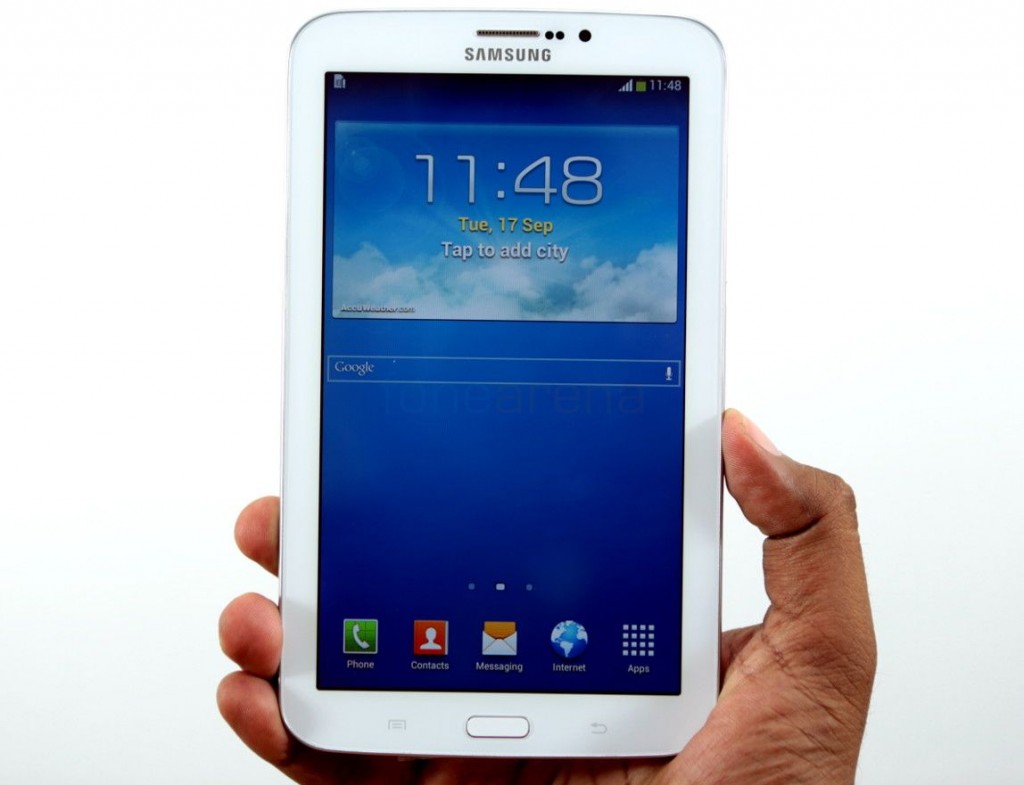 The Samsung Galaxy Tab 3 211 was launched in India a couple of months ago and we finally have it in our labs for testing. The updated version of the Galaxy Tab 2 311 has a new S3-inspired design and almost the same internals as before. The bezels have become shorter though, making it easier for one handed usage. Anyways, we put it in front of the camera to see what the box contents are and gave a quick hardware walkthrough on video, watch – 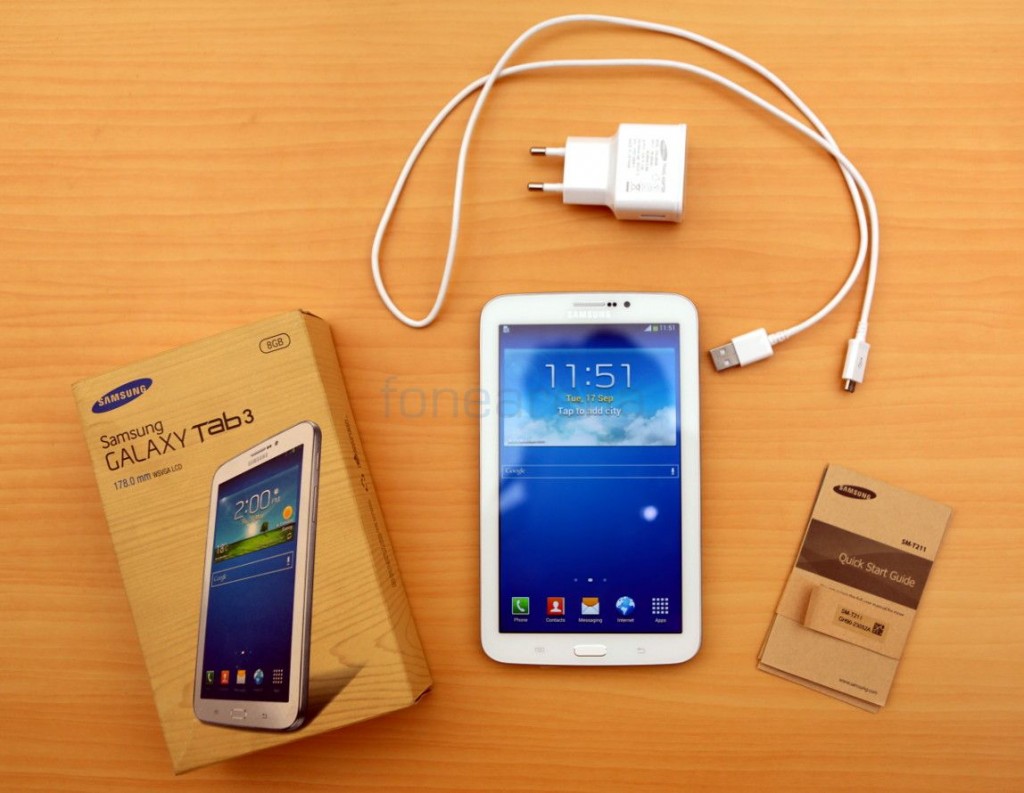 As you can see in the above image, the box contents are pretty minimal for the phone/tablet. It does come with a travel power adapter and a micro USB cable but that’s about it. No signs of earphones, which we think is really necessary for the oversized phone/tablet hybrid. 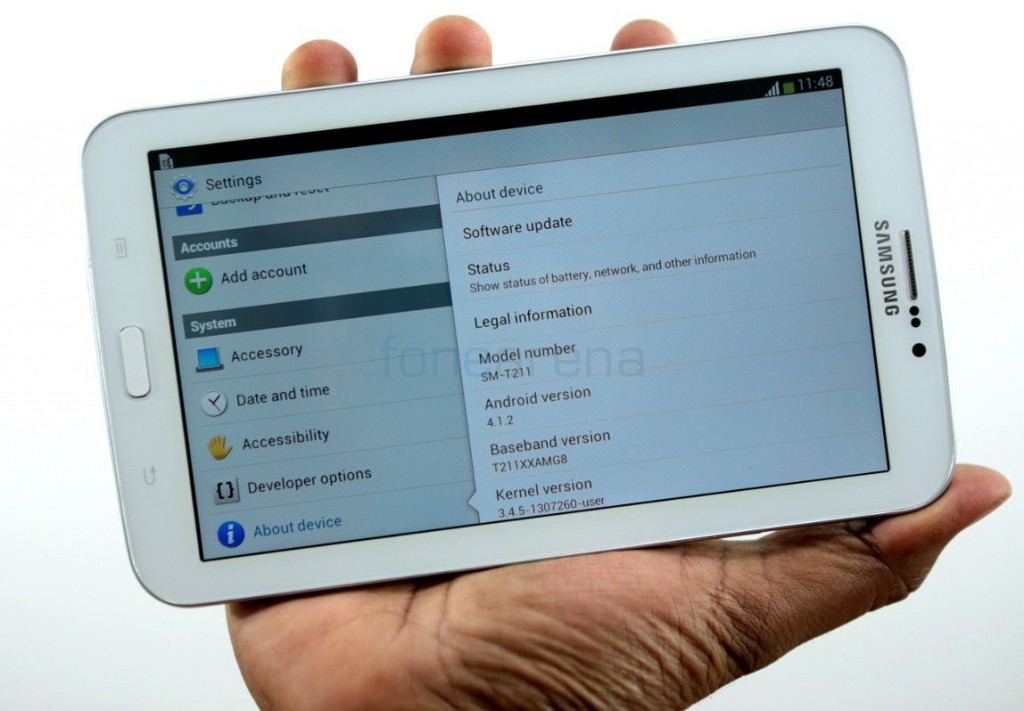 The device as such remains almost the same as its predecessor, but it sports a new UI that matches up with the latest Galaxy devices rather than before, with its virtual shortcut buttons being out of place in the Samsung crowd. The 7 inch screen on the front sports the same 1024×600 resolution and the camera on the back is the same 3 megapixel unit. 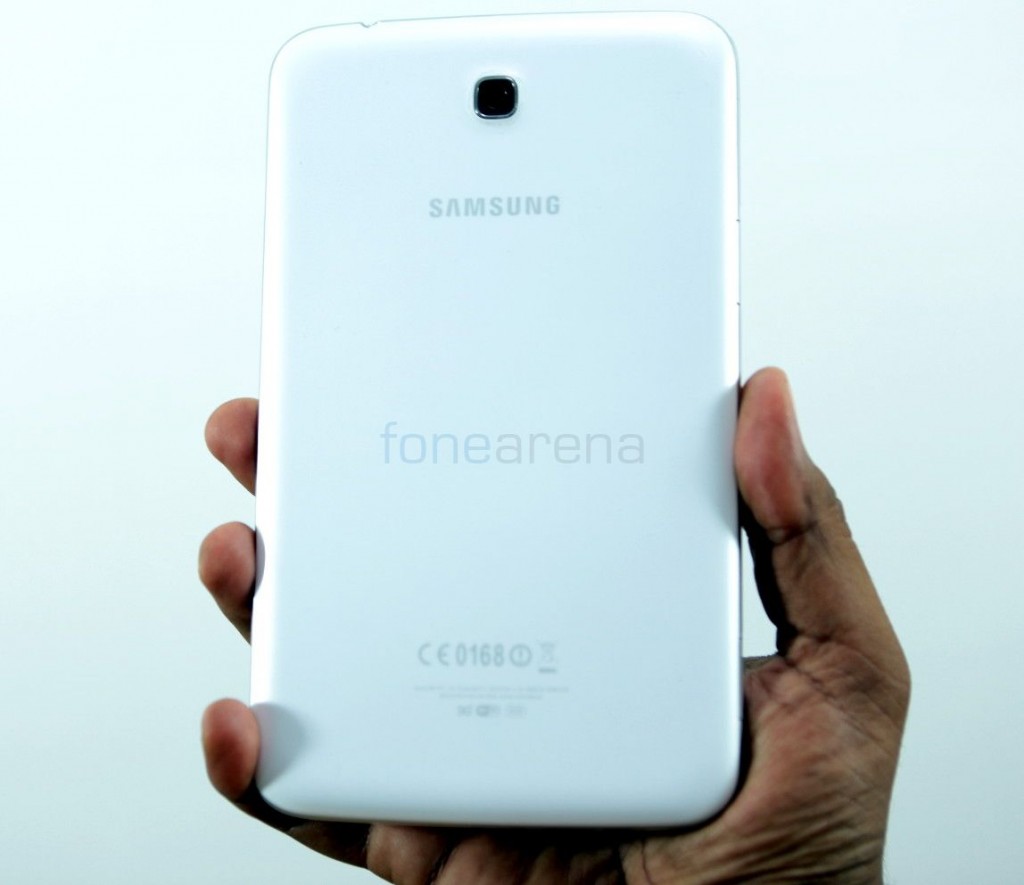 The new Galaxy Tab 3 211 can record and play back 1080p videos though, which is nice. The software on the Tab 3 211 is Android 4.1.2 jellybean with the touchwiz UI on top and some additional utilities and features that come with it. Unlike before, the whole body is now in glossy plastic, which is kinda bad because we actually like the build quality of the older Tab 2 310, but hey, at least the size is now smaller and more handy, eh?

Priced at Rs. 17,745, the device is available in the brown version too. That’s not all, we will be bringing you more coverage of the Tab 3 211 soon, with benchmarks, gaming and so on, stay tuned! Also, if you have any questions about the device, do let us know in the comments section below.