Asus had introduced the original Fonepad at MWC 2013 earlier this year and the Fonepad saw a slight bump in the specifications sometime during summer. Asus just posted and removed a video ad for the yet another refresh of the Fonepad. 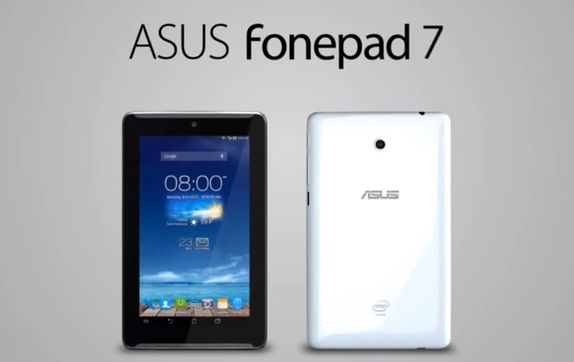 The new Fonepad 7 will be powered by Intel’s processor and will run on Android Jellybean at launch. The video seemed more like a walkthrough of the product than an Ad. As per the new ad, the only new features in the refreshed Fonepad include a front facing dual speakers and an upgrade in the rear camera from 3.2MP to 5MP. The device is expected to be announced at Asus’ IFA event. The video had no details regarding the pricing or availability of the device, but we would expect that information to come out during the event.

Based on previous leaks, the specifications of the Asus Fonepad 7 are expected to be as follows

We will bring more details from the event later today, in the mean time check out the leaked video