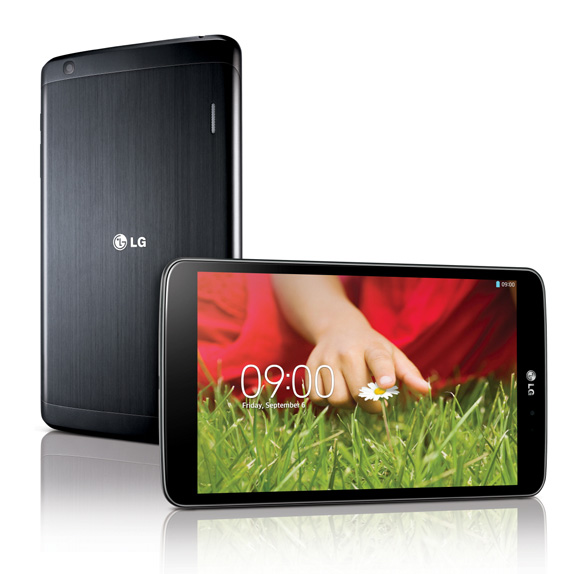 LG had been teasing an upcoming tablet known as the G Pad 8.3 and today in Seoul , the company has finally taken the wraps of the LG G Pad 8.3 Android tablet and it does look like the big brother of the LG G2 smartphone which debuted recently. The GPad will be showcased at IFA 2013 in Berlin this week and true to its name it packs a 8.3 inch display with a massive 1920×1200 resolution similar to the resolution of the screen on the new Nexus 7 2013. On the inside it is powered by a Qualcomm Snapdragon 600 Quadcore Processor running at  1.7GHz. LG has managed to pack a 4600 mAh battery into this device which is only about 8.3 mm thick and still weighs only about 338 grams. It runs on Android 4.2.2

The GPad would be available in both White and Black Colours. LG is touting an app known as QPair on the G Pad which lets you interact with your phone from the tablet.Interestingly this feature is not restricted to LG smartphones but would work with smartphones from other manufacturers as well. 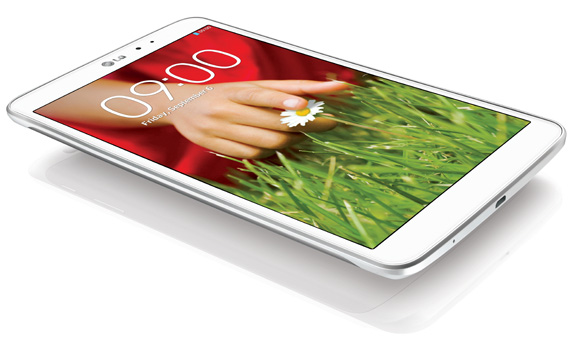 Pricing has not been revealed yet and will be announced closer to the actual market launch. The GPad will be launched globally and will first start selling in North America, Europe and Asia towards the end of this year or Q4 2013.

LG will be showcasing this tablet at the IFA show this week in Berlin and FoneArena should be reporting from the show floor , so stay tuned to our blog and Youtube channel for updates about the G PAD