Sony had been teasing their upcoming flagship smartphone codenamed Honami, now the company has released the official teaser video of the phone. In a blogpost titled “3…2….what comes next?” Sony has teased the name of the device, so the name of the device might be the Xperia Z1. Sony claims that this phone would be their best with the hash tag best of Sony in promotions and the teaser is titled “The best of Sony is about to get even better”.

In the first two three teaser images, Sony teased the build, water resistant capability and the camera of the phone which is said to feature a 20.7-megapixel camera with Sony G lens. 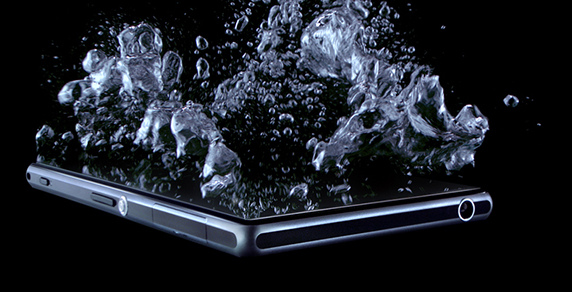 According to the rumors, Sony Xperia Honami will be the first smartphone to house 4K video recording. It would be powered by the Snapdragon 800 SoC with Adreno 330 GPU. According to Qualcomm, the Snapdragon 800 is capable of recording and playback of 4K video. The teaser shows off the device from all the angles and the smartphone being submerged in water. The launch event is just a week away.

Check out the official teaser below