If bling is your thing then Blackberry of all manufacturers has you covered with their new Gold and White edition of the Q10 handset. Available starting 19th August, this special edition of the handset will only be available to customers in the UAE. 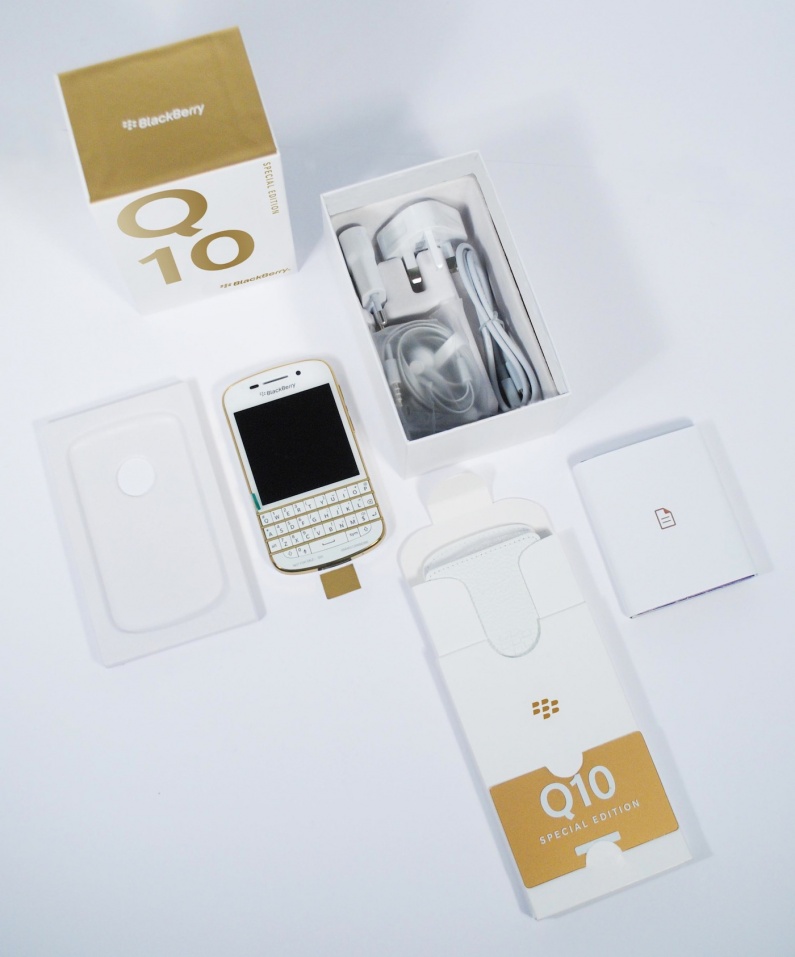 The special edition handset follows the gold and black Q10 that had appeared earlier this year. Blackberry will bundle a protective leather sleeve, gold accented headset with the phone that will have a gold colored steel frame to accentuate the white build. Blackberry will also roll out a special series of BBM PIN numbers for buyers of the handset. The handset that combines a 3.1 inch Super AMOLED touchscreen with a physical keyboard runs the latest BB10 OS. Complete specifications include:

Prospective buyers will have to shell out AED 3,799 for the device.