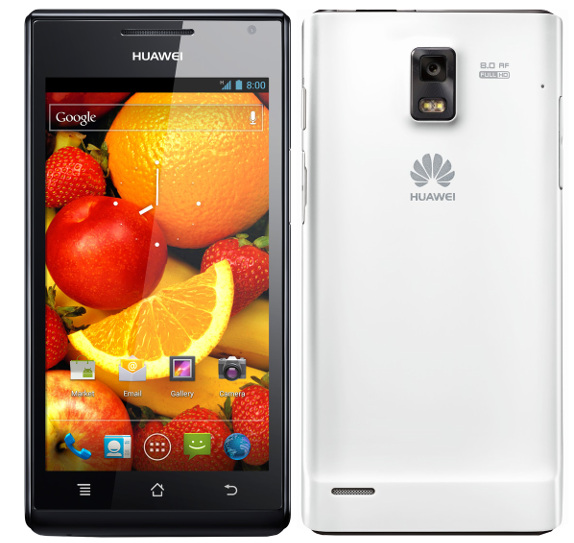 Huawei is all set to release the Ascend P1 in India. The smartphone that was announced back in January 2012 at the CES along with the Ascend P1 S, is now available for pre-order in India from online retailer Flipkart. It has a 4.3-inch qHD (960 x 540 pixels) Super AMOLED display with scratch-resistant Corning Gorilla glass protection, powered by a 1.5 GHz dual-core processor and runs on Android 4.0 (Ice Cream Sandwich). It has a 8 megapixel auto focus camera with dual LED flash, full HD video recording and a 1.3MP front-facing camera.

It has Dolby Surround Sound technology that provides crystal clear sound for music and movies. The Ascend P1 S was touted as the world’s thinnest smartphone at 6.68mm last year, but the Ascend P1 is 7.69mm thick. 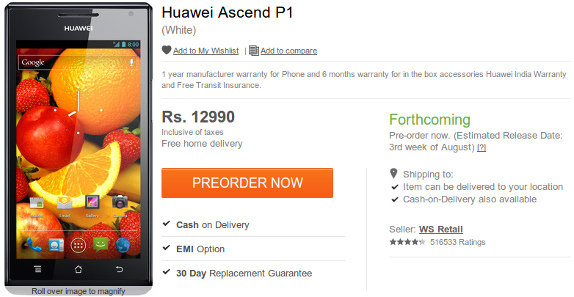 The Huawei Ascend P1 is priced at Rs. 12,990 and is now available for pre-order from Flipkart. It is expected to go on sale in the third week of August. It is not clear if this is the final price of the device since the price seem too less for its features. Let’s wait for the official announcement.