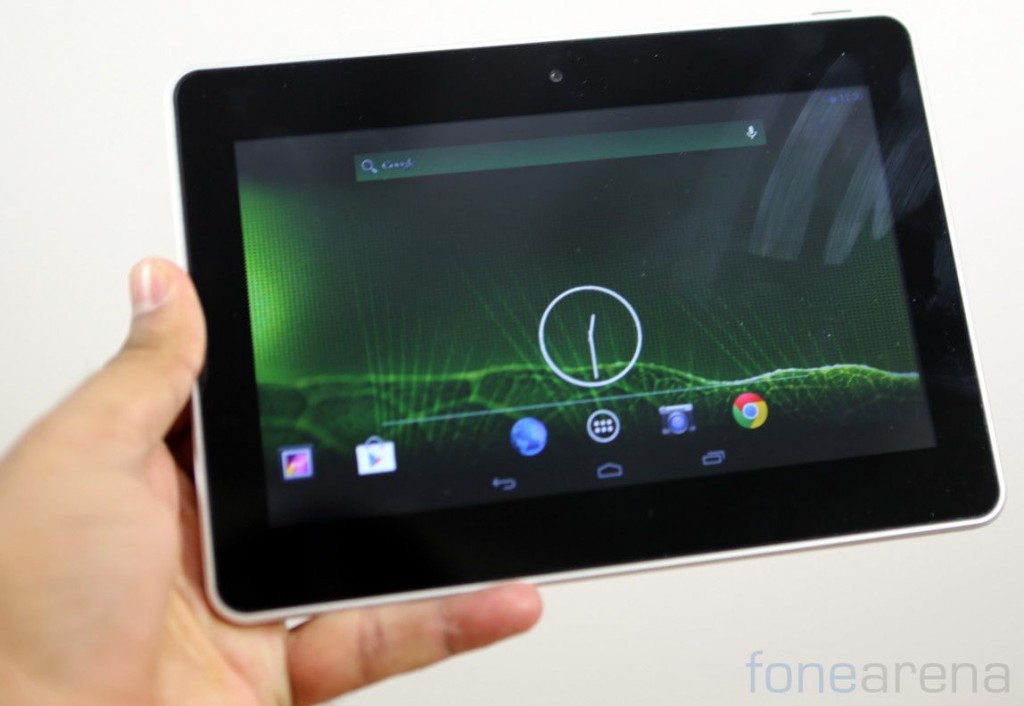 Lava launched the XTRON+, the successor of XTRON recently. We brought you the unboxing and the benchmarks of the device last week. Here we have the complete review of the device. The XTRON+ has a 7-inch display and is powered by a 1.5 GHz dual-core processor similar to the first XTRON tablet that we reviewed earlier this year. Lava has added a HDMI port, a 2-megapixel rear camera in terms of hardware and this one runs on Android 4.2.2 (Jelly Bean). Is the XTRON+ a worthy upgraded ? Let us find out in the review. 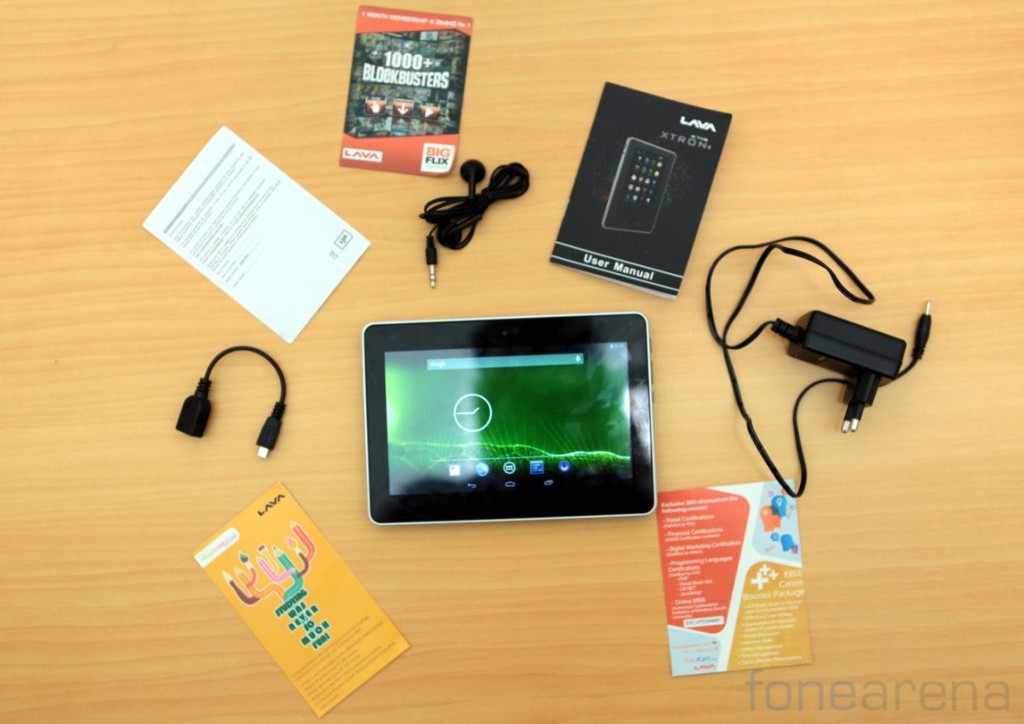 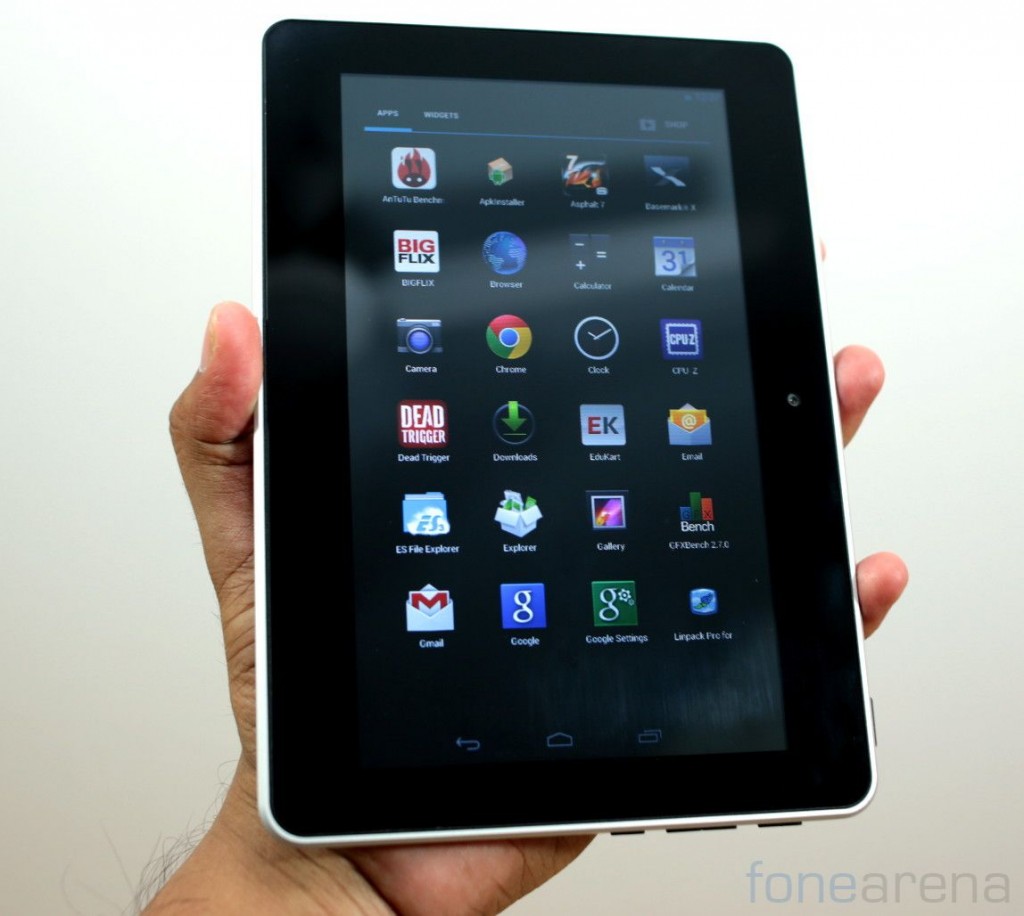 The 7-inch (1024 x 600 pixels) capacitive multi-touch IPS display is exactly similar to the previous tablet. It bright and has good viewing angles, but it is prone to fingerprints since it is glossy. Since the tablet lacks an ambient light sensor, the auto brightness features is not available. You have to manually adjust the brightness using the slider. Display is hardly visible under direct sunlight. The tablet doesn’t have hardware buttons, instead all the actions are carried out using on screen touch buttons. You can hold the tablet comfortably in a single hand.

The tablet has a large bezel around the display and there front-facing camera at the top. 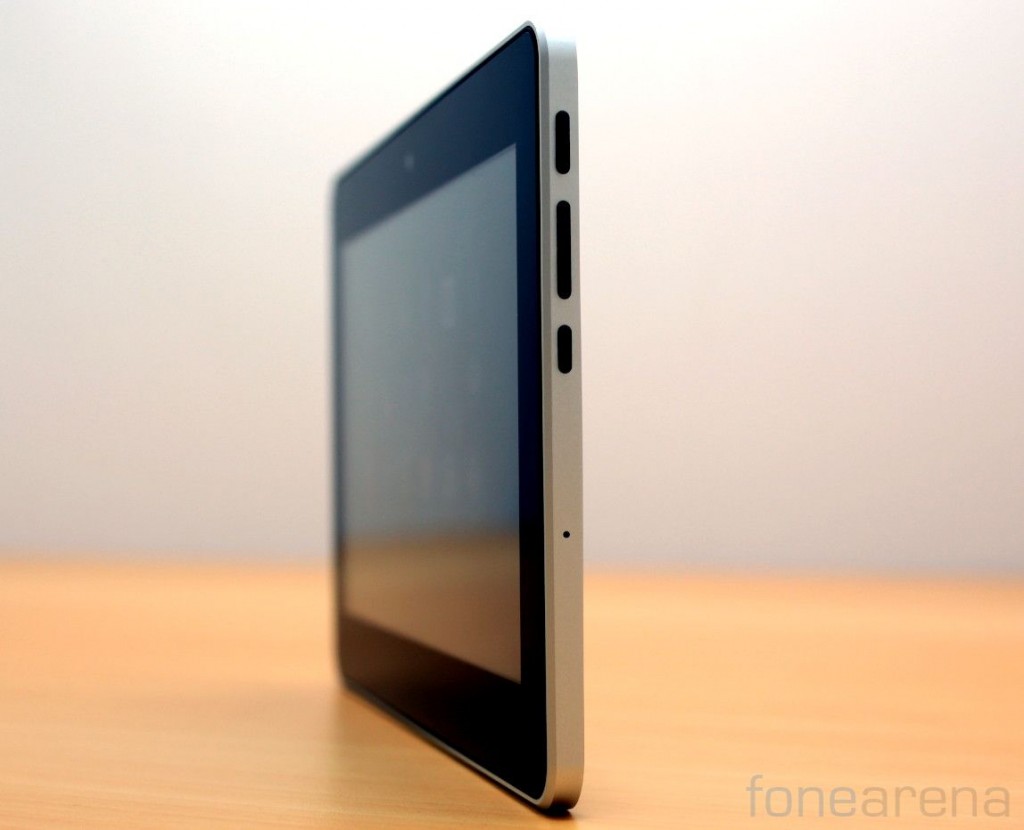 There is a power/lock switch, volume rocker and a back button on the right side. There is also a tiny microphone hole next to it. 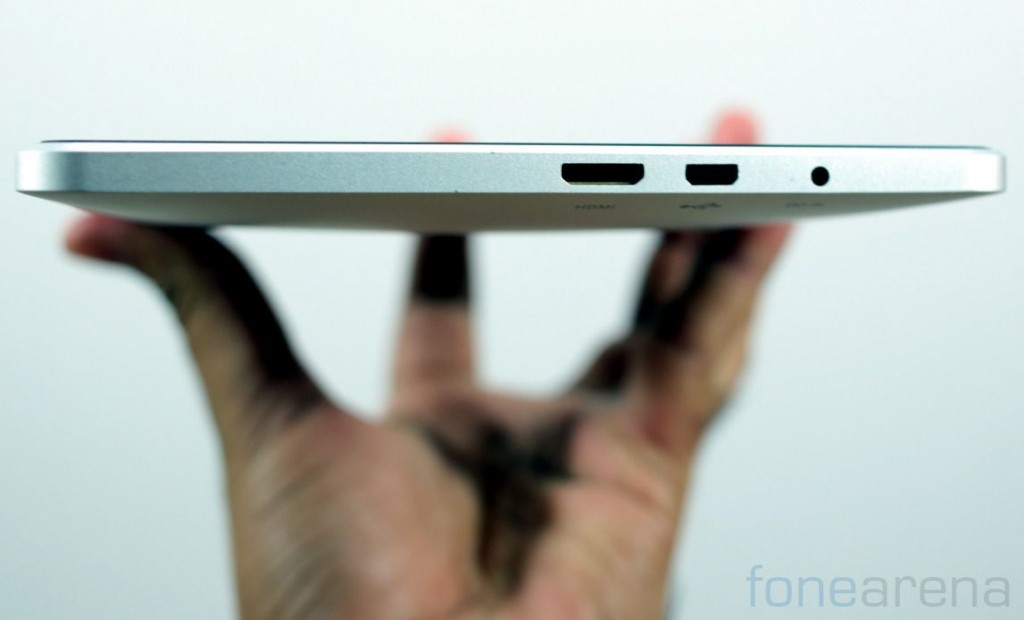 On the left side there is a DC charger socket, micro USB slot and a micro HDMI slot. 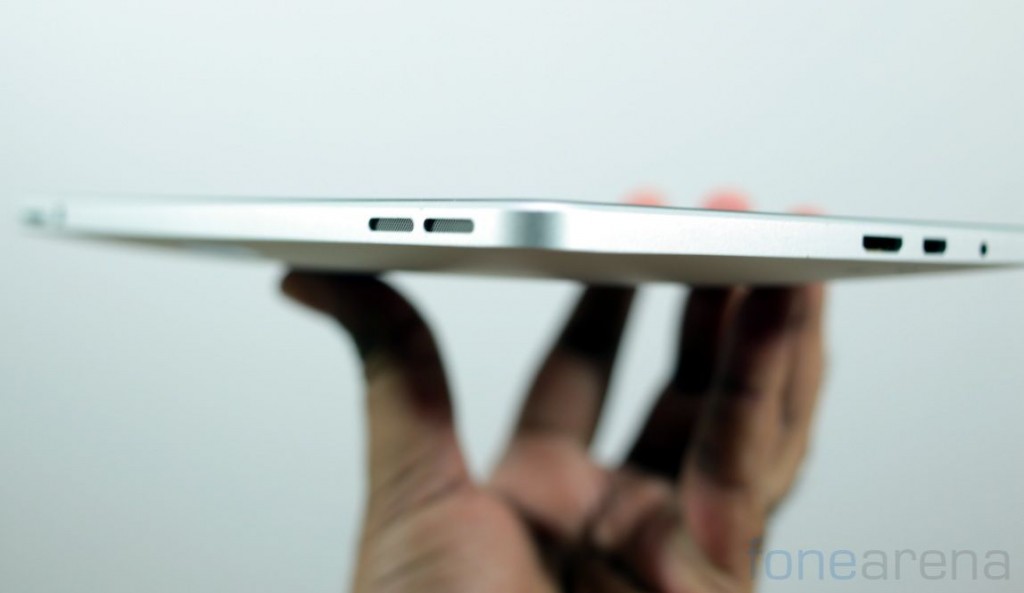 The loudspeakers are present on the top corner. 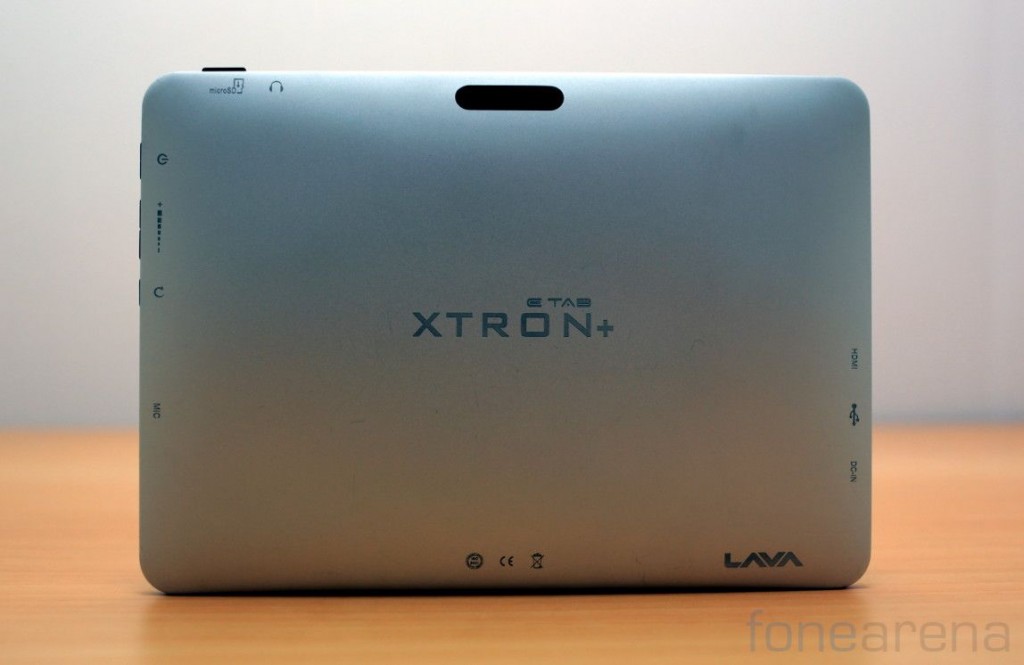 The tablet has aluminium build and curved corners that gives it a premium look. You can see the information about different ports mentioned on the back.

There is a 2-megapixel fixed focus camera on the back without flash. 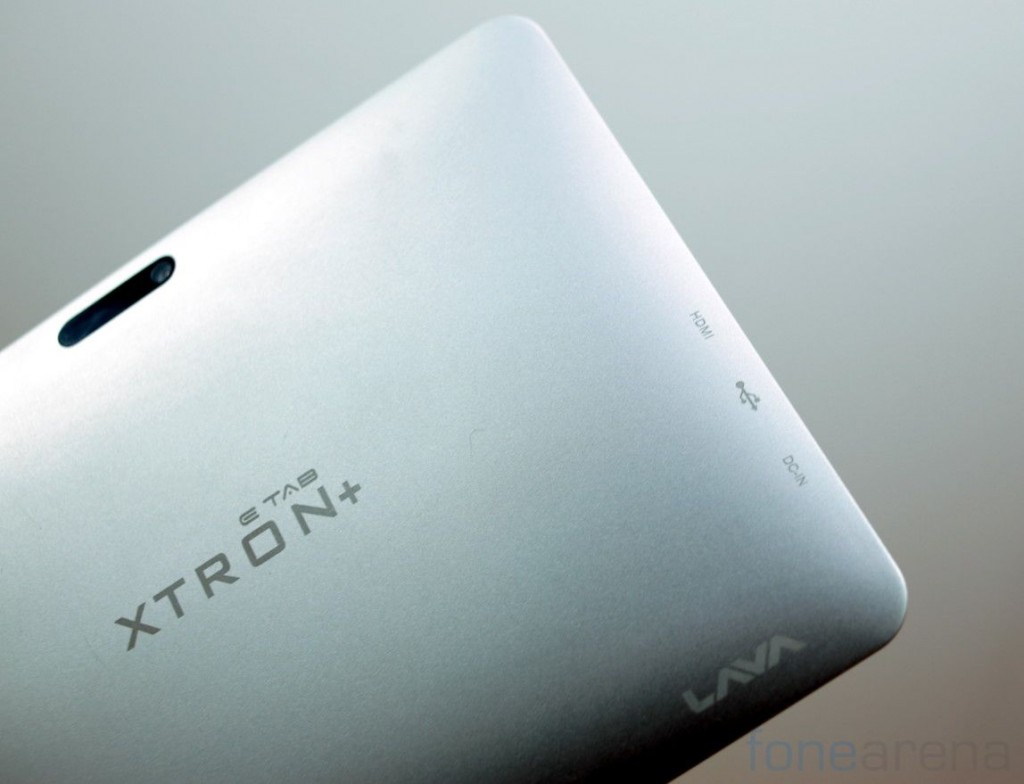 The XTRON+ brading is in the centre and the Lava brading is present on the right corner.

The 2-megapixel fixed focus camera is below average. Since this is a fixed focus camera, the macro shots are not in focus. The camera UI is different and it doesn’t offer lot of functions. You can switch to camera, video and panorama mode easily. You can swipe to the right to view the previous photos or videos you have captured. You can press on hold anywhere or press the circle on the right corner to open the camera settings. You can change the image storage location, picture size and change the white balance from the settings. You can also switch to the front-facing camera. You can pinch using two fingers to zoom in or zoom out. Lava says that the front-facing camera has 0.3-megapixel VGA resolution, but it captures images at 2-megapixel resolution (1600 x 1200 pixels). In fact the front-facing camera takes better shots that the rear camera. Content you see in the view finder looks cropped both in the rear and front-facing cameras, but the final output is normal. It can also record videos at VGA (640 x 480 pixels) resolution. Video quality is below average and grainy.

Check out few camera samples below. 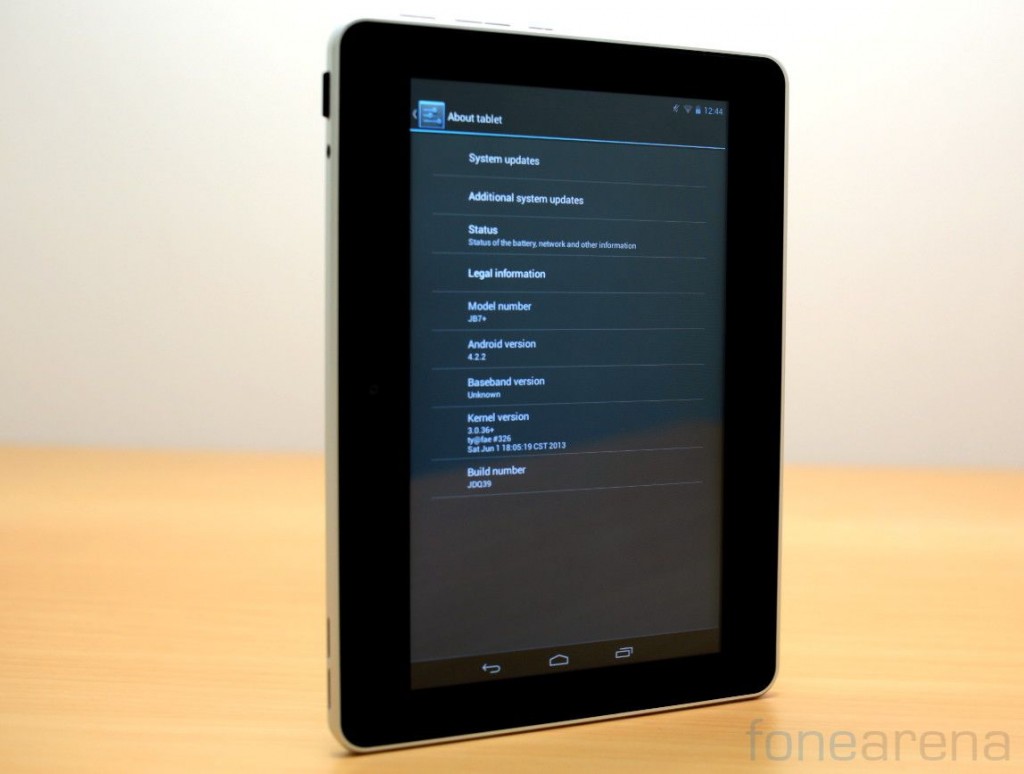 The E-Tab XTRON+ runs on Android 4.2.2 Jelly Bean. So you get lot of new features such as lockscreen widgets, Day dream, Quick Settings, Photo filters in the gallery and lots more that are not available in the Android 4.1. You can organize home screen apps into folders and can also add app shortcuts to the bottom tray. 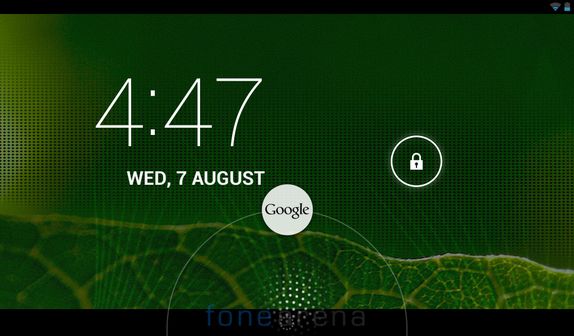 You can launch Google now from the lockscreen by swipe up from the bottom, but you cannot launch the camera by swiping to the right. You can unlock by swiping the lock button. It has Slide, Face Unlock, Pattern, PIN and Password unlock features. 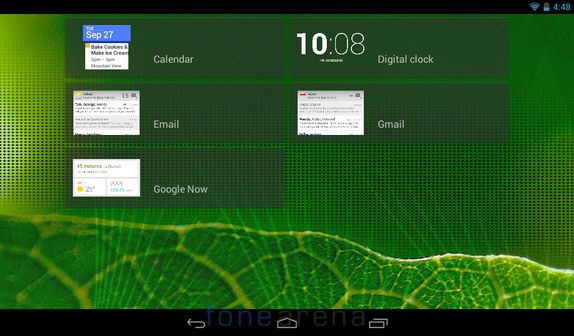 The lockscreen also supports widgets. You can add a range of widgets including Gmail, Clock, Messaging, Google Now and more. 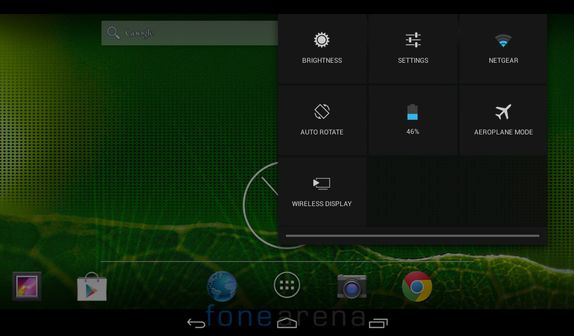 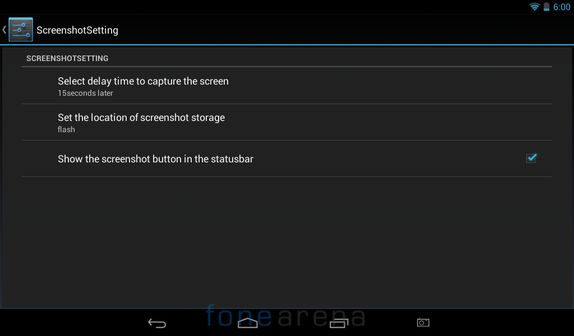 The screenshot settings lets you delay the screen capture time, change the location and enable option to show screenshot button in the status bar. 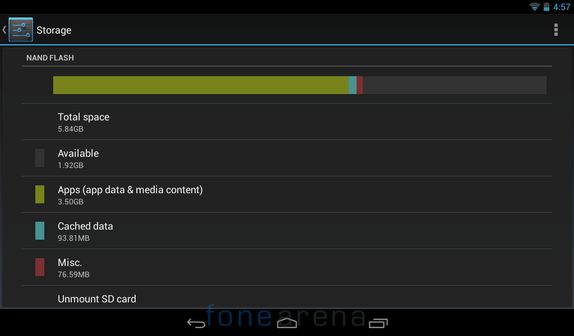 Out of 8GB of internal storage you get 5.84 GB of user storage. 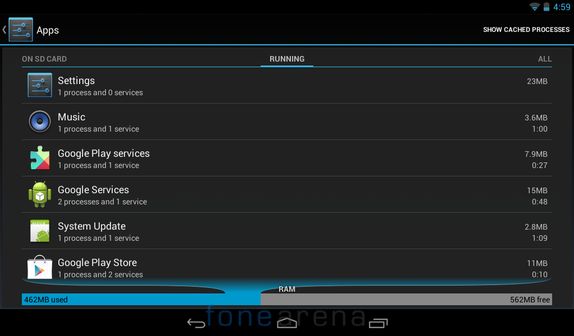 Out of 1GB of RAM, you get full 1024MB of usable RAM, out of which 562 MB of RAM is free when the tablet is idle. You can also move the apps to the SD card, when you insert one. 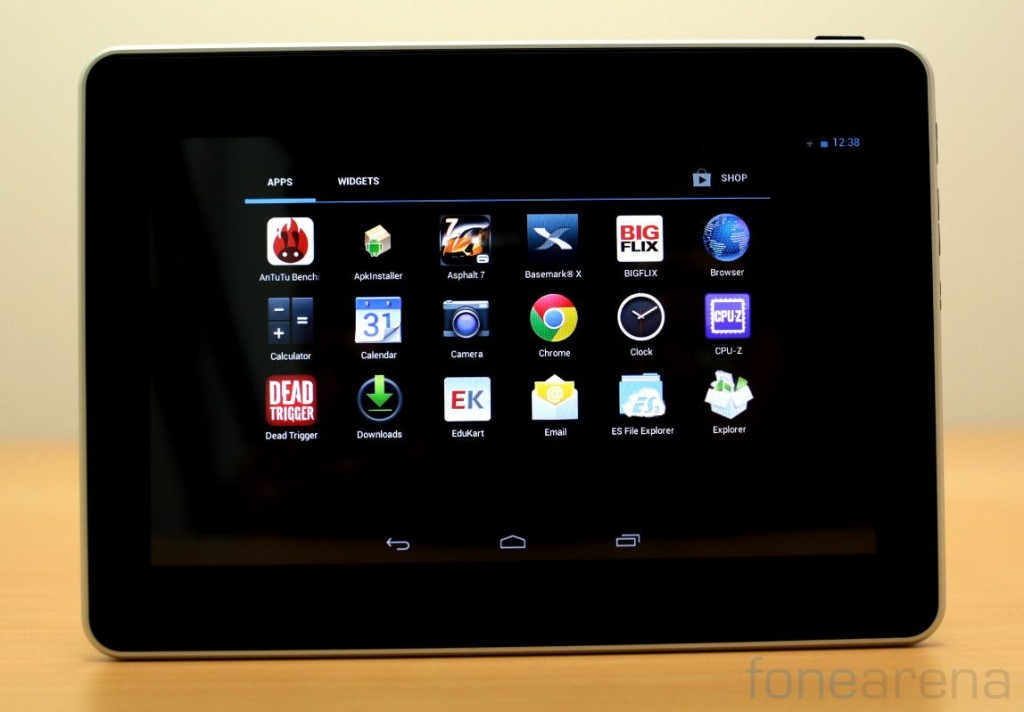 The tablet comes with several pre-loaded apps. There are the usual utility apps such as Calculator, Calendar, Clock, Explorer (File manager), Gallery and Sound Recorder. It also has the usual set of Google Apps. Lava has tied up with several companies to offers several free packages with the tablet, so you get all these apps such as UAhoy Vedic Maths Package Free and discounts worth Rs. 4000, Free Career Booster package and 20% Discount on Edukart courses from edukart.com and one month unlimited online movie package from BigFlix for just Re. 1. It also comes with Saavn music app. Since the tablet comes with Flash Player pre-installed, you can watch flash videos and live streams using the stock web browser. 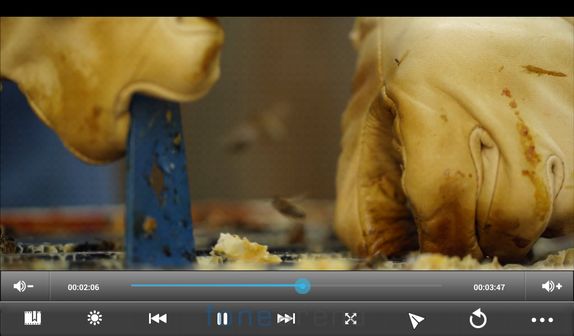 The tablet has multi-format audio and video support. It plays any video format you throw in, such as MKV, AVI, MP4, 3GP, WMV, MOV and much more at 1080p full HD resolution. The video player is simple and supports bookmarks and subtitles. The music player can play MP3, WMA, OGG, AAC, M4A, FLAC, 3GP and WAV audio formats. Audio from the loud speaker is low and the bundled ear phones is decent. 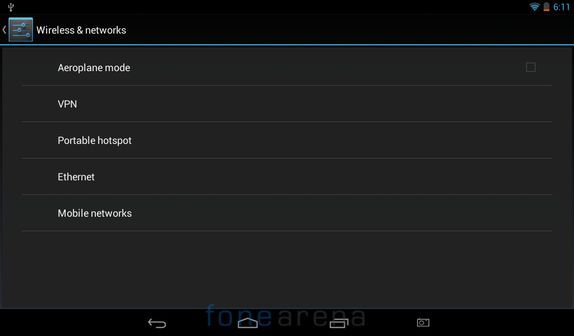 The tablet has Wi-Fi 802.11 b/g/n connectivity, but lacks Bluetooth. It comes with a USB OTG cable in the box that lets you connect an external dongle to the tablet. Officially supported dongles include, Airtel Huawei E1731, Reliance 3G ZTE MF190, Tata Photon Plus and Huawei EC156. You can enable or disable data connectivity from the settings. This doesn’t have WiFi connectivity issues like the first XTRON tablet. 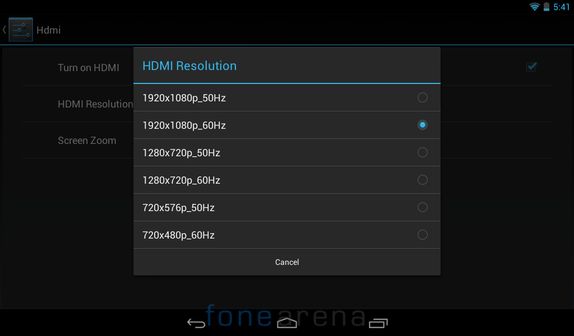 The XTRON+ has a a micro HDMI port that lets you connect it to a HDTV. It has options to change the resolution of the output and zoom in or out. You have to get the micro HDMI cable separately since it doesn’t comes bundled. 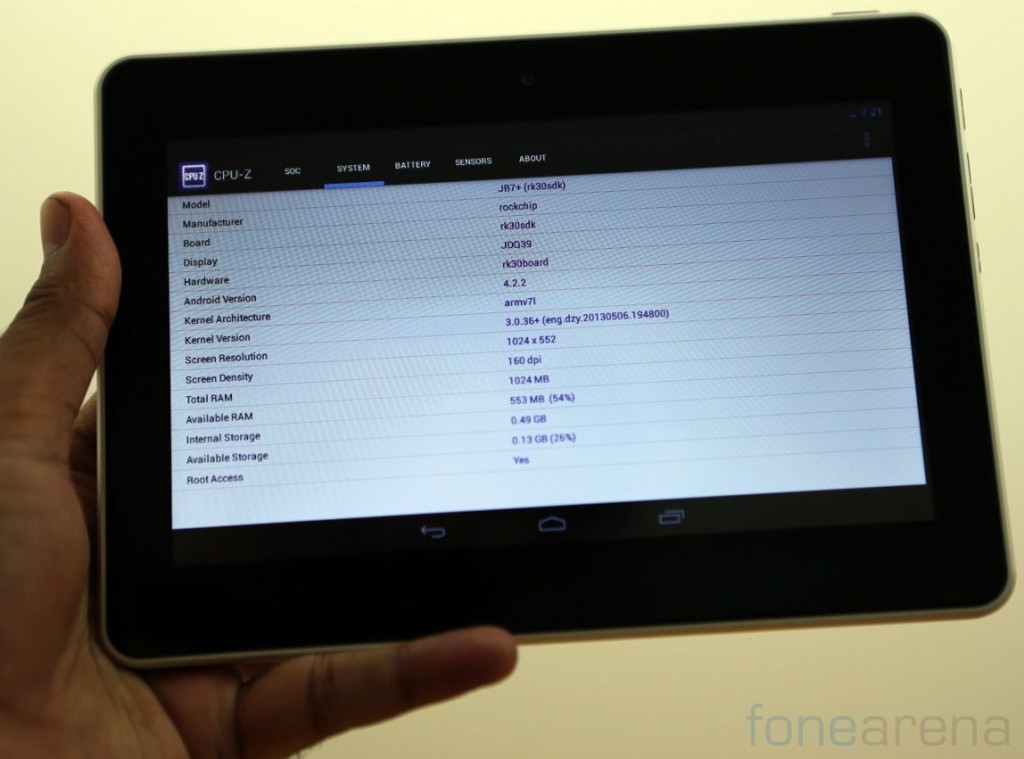 The XTRON+ is powered by a 1.5 GHz dual-core RockChip RK3066 Cortex A9 processor and Mali-400 MP GPU similar to it’s predecessor. Most of the scores were almost similar to the first tablet. We tried some high-end games like Asphalt 7 and NFS Most Wanted, which lagged. Some games such as Dead Trigger and Shadow Gun crashed when we tried to open it.

Here are some benchmarks of the tablet. 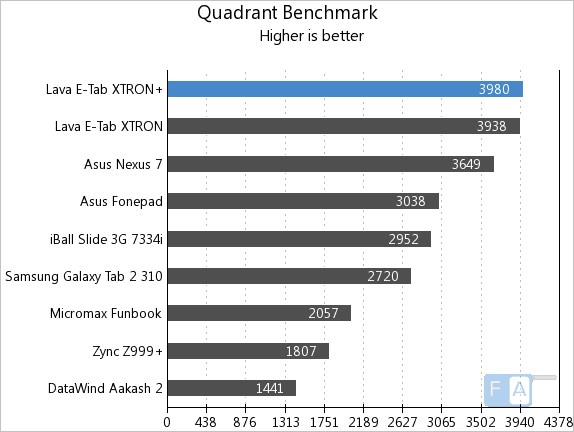 The XTRON+ tops the Quadrant Benchmark with 3980 points. 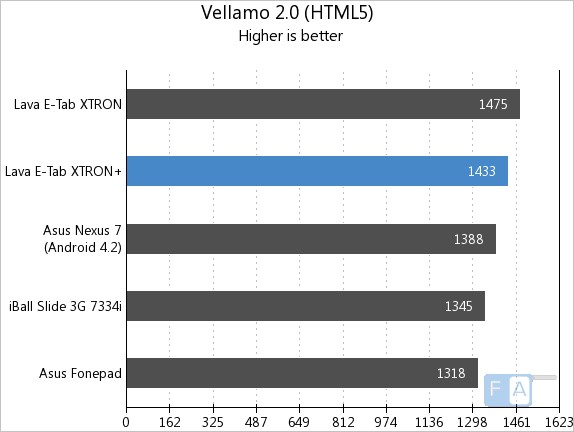 In the Vellamo 2 HTML browser benchmark it scores 1433, few points less than the first XTRON tablet. 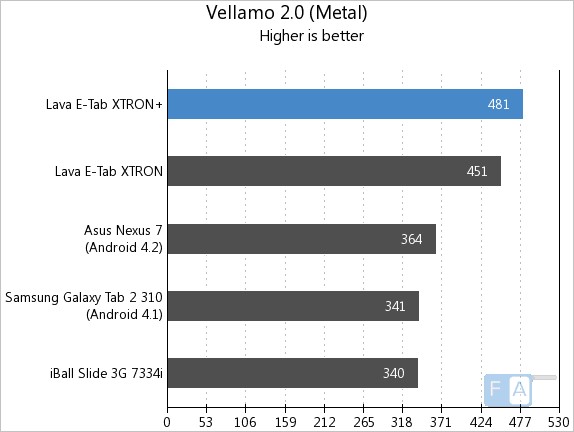 Check out the complete set of benchmarks of the E-Tab XTRON+ here.

The tablet has 3700 mAh battery, which is considerably better than the first XTRON tablet. On full charge, the tablet lasts for less than a day with average use. If you use the tablet to watch movies or play games, it would run out pretty quickly. The tablet doesn’t charge over USB, and uses the dedicated DC charger, which is disappointing. The previous XTRON tablet had USB charging, but the tablet gets charged considerably faster than than its predecessor.

The second generation XTRON tablet has some additional features, but it’s not impressive. At a price tag of Rs. 6990, if you need a tablet running on Android 4.2, good build and full HD video playback, but can compromise on Bluetooth and Camera, go for it.