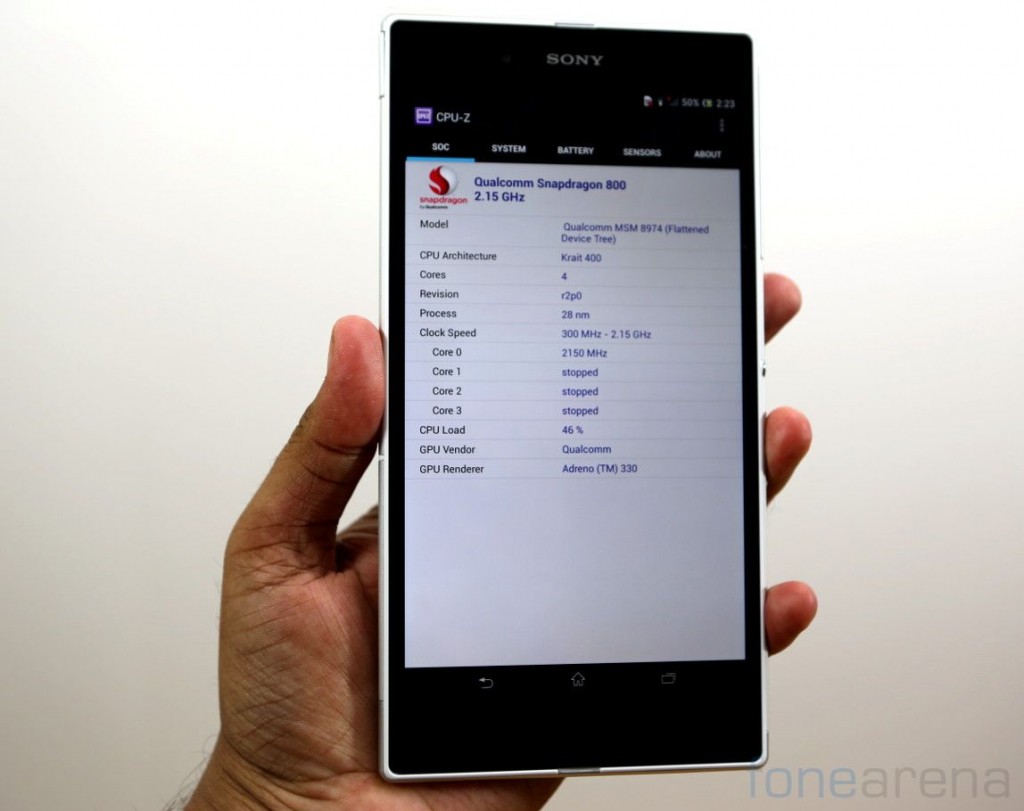 Sony launched the Xperia Z Ultra, their latest flagship Android phone with a 6.44-inch 1080p display and a Snapdragon 800 processor in India earlier this week. We brought you the unboxing of the device recently. Here we have the benchmarks of the device. The device is powered by a quad-core Snapdragon 800 (MSM8974) 28nm HPm quad-core Krait 400 CPU clocked at 2.2 GHz and Adreno 330 GPU. As you can see on the image above CPU-Z says that it is clocked at 2.15 GHz. We brought you the benchmarks of the Snapdragon 800 few months back on a reference smartphone. Benchmarks of the Xperia Z Ultra is almost similar to the test device. This one is under clocked a bit from the original chip that is clocked at 2.3 GHz. 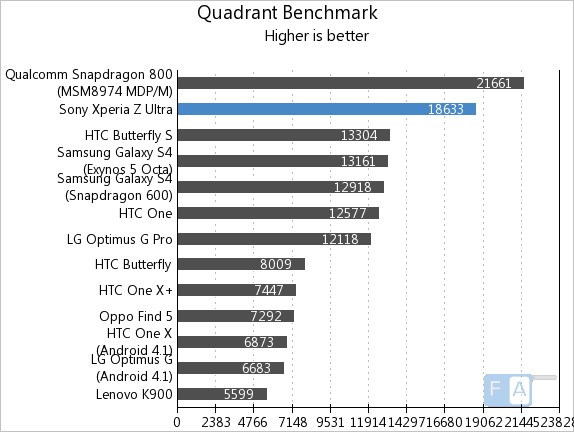 The Xperia Z Ultra scores 18633 points in the Quadrant benchmark, better than the devices powered by a Snapdragon 600 chip. 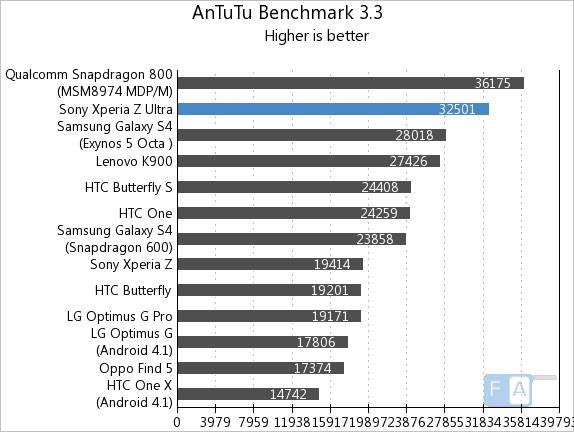 The Xperia Z Ultra comes out at the top yet again in the AnTuTu benchmark 3.3 compared to other high-end smartphones. 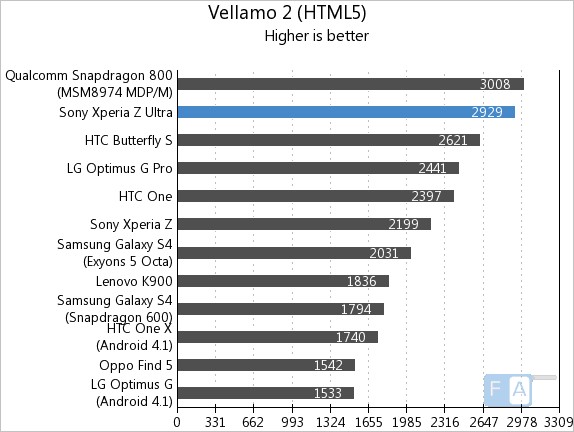 In the Vellamo 2 HTML5 browser benchmark the Z Ultra scores 2929 points, which is almost similar to the Qualcomm’s test device. 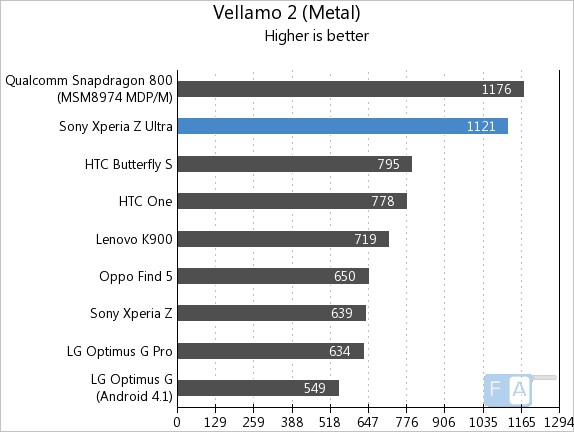 Again It scores over 1000 points in the Vellamo 2 Metal CPU subsystem performance test. 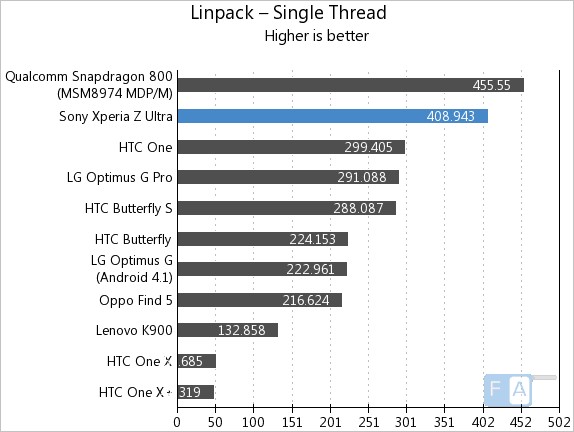 In the Linpack single thread benchmark it scores over 400 points, 100 points more than the HTC One powered by a Snapdragon 600 CPU. 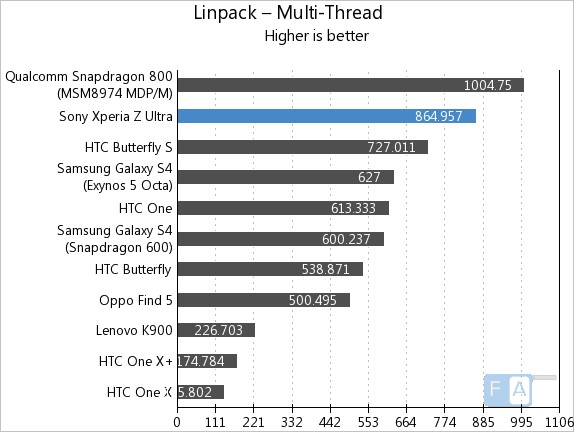 Even though it could not reach 1000 points in the Linpack multi-thread benchmark, it scores around 864 points, better than the Butterfly S. 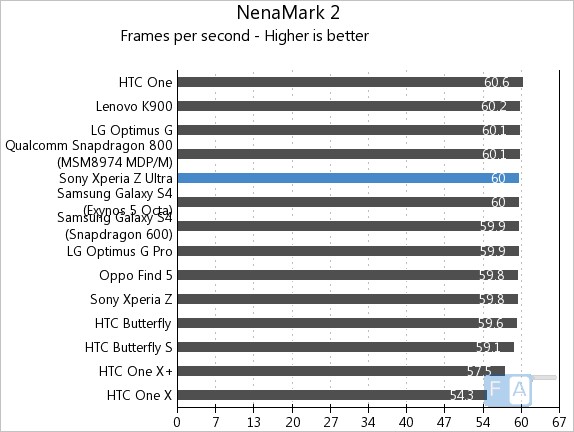 It scores 60 fps similar to other devices in the NenaMark GPU test. This one restricts the GPU under 60 fps. NenaMark should come up with a new version that goes more than 60 fps. 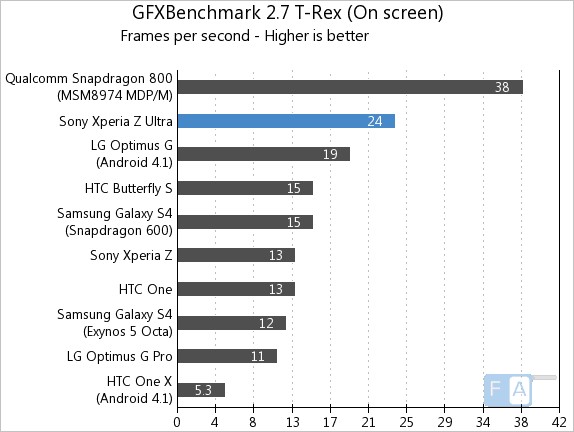 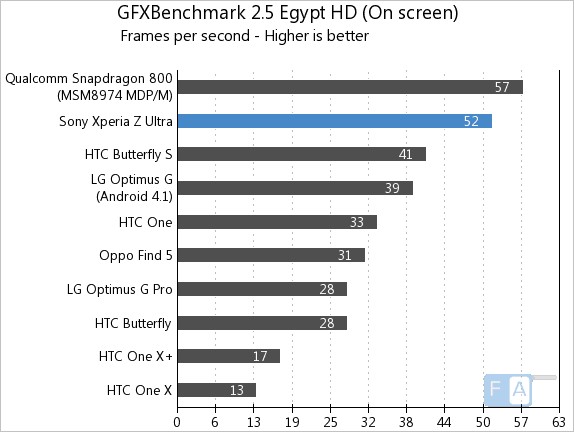 The Xperia Z Ultra is right behind the test device clocking 52 FPS in the GFXBench 2.5 Egypt benchmark. 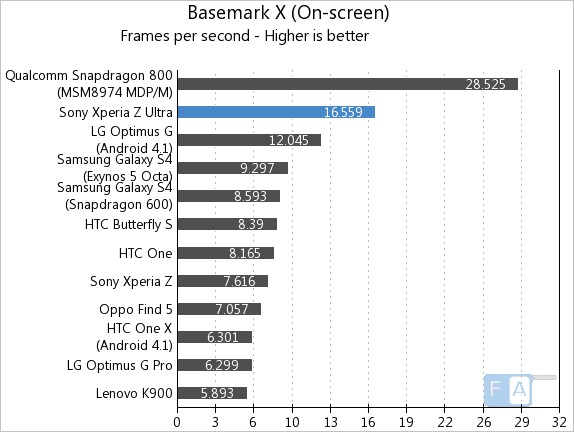 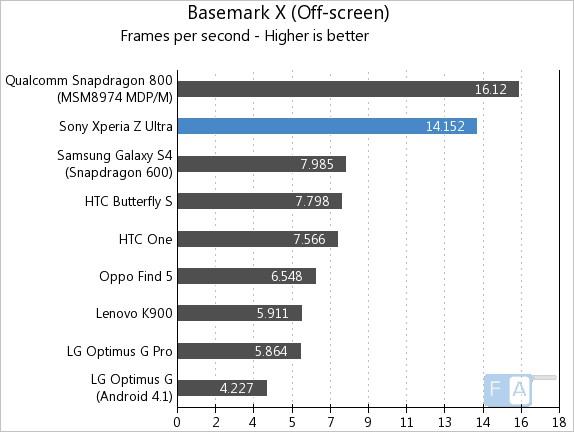 The Xperia Z Ultra clocks around 14 fps in the Basemark X OffScreen Benchmark.