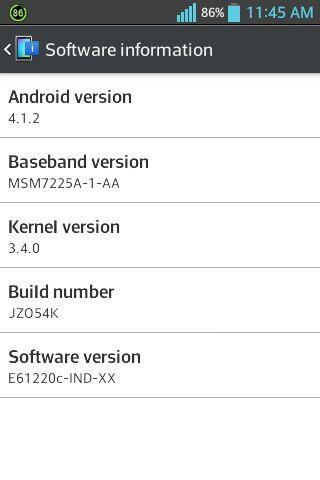 The LG Optimus L7 got the Android 4.1 update in India back in May, now LG has started rolling out the Android 4.1.2 (Jelly Bean) update for the Optimus L5 (E612) users in India.  The Optimus L5 was announced back in February 2012 and released in India last June. The software version is JZO54K similar to the other countries and the software version is V20c. All the L Series II devices that were launched recently run on Android 4.1 (Jelly Bean) out of the box.

The Android 4.1.2 Jelly Bean update for the Optimus L5 is available through the LG PC Suite and is about 370 MB.