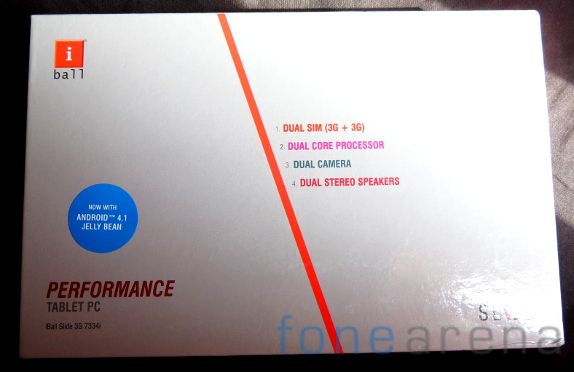 iBall launched the Slide 3G 7334i, a new Android tablet with Dual SIM support recently. Here we have unboxing of the device. At a price of just Rs. 9990, iBall 7334i Tablet has a few good features to flaunt. The 3G tablet comes with dual SIM capabilities with voice calling, dual-core processor , expandable memory slot and Wireless FM Radio. 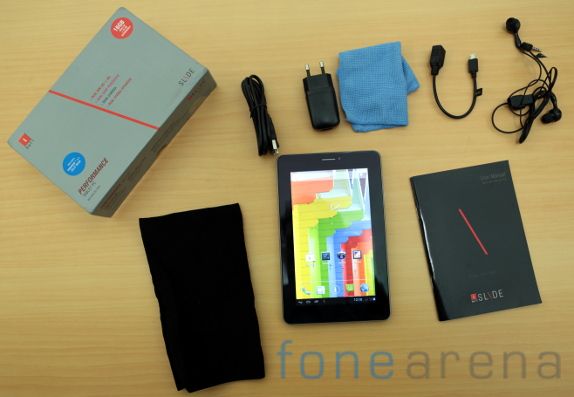 The iBall Slide 3G 7334i is a sleek tablet that comes packed with a bunch of extra accessories in this box.

Here’s the first impression of the device, right out of the box. 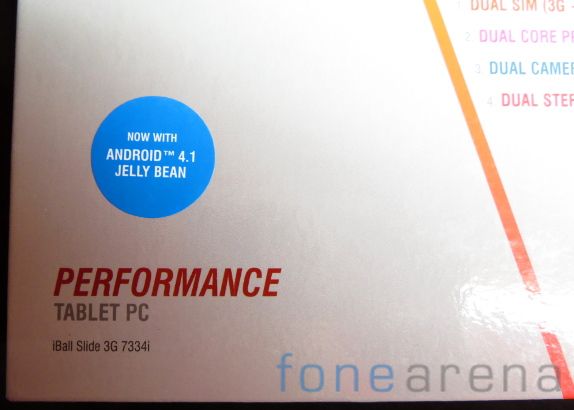 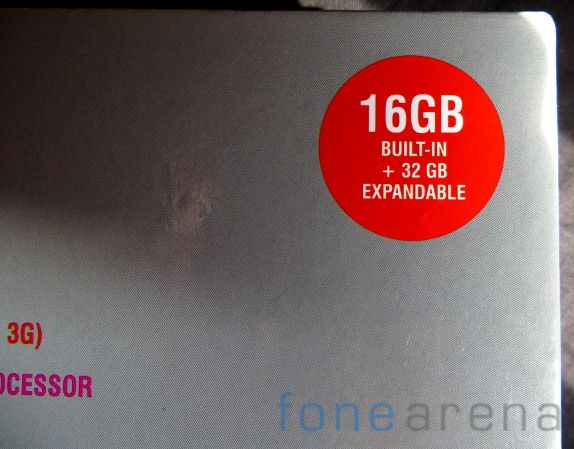 There is 16 GB inbuilt memory. An expandable memory slot is present behind the battery cover that can take up to 32 GB memory card. 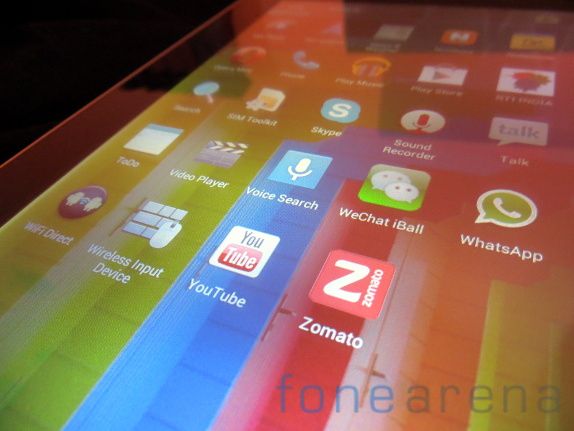 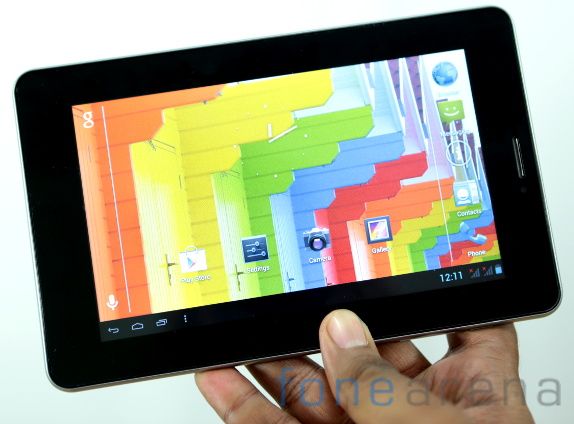 The Tablet runs on a dual core processor that might not give speeds as one would wish for. It is an MediaTek MT6577 processor based on ARM Cortex A9 CPU clocked at 1 GHz. It has PowerVR SGX 531 GPU. 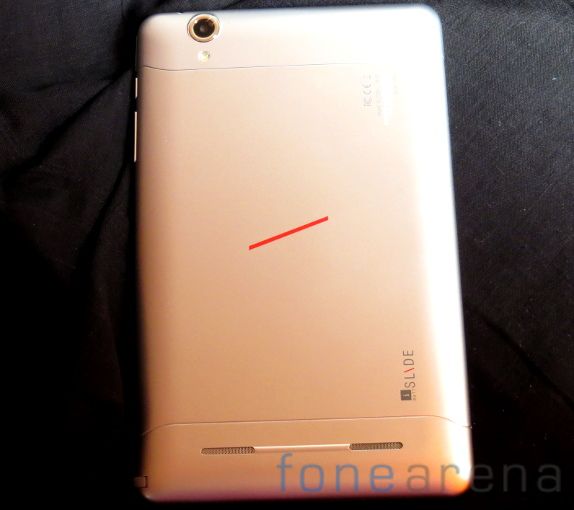 IMG_0626, IMG_0579 : Tablet hardware is sturdy, well built with a matte finish on the metal. There is an expandable Radio antenna, for wireless FM, on one side spine. Inside is a battery, with just 3000 mAh Li ion of strength to fuel the big device! Wonder if the battery can last at least a day. We will test its strength in a full review soon. The SIM card and the micro SD card slots are present under the back cover that opens up on the top, just like the Asus Fonepad. 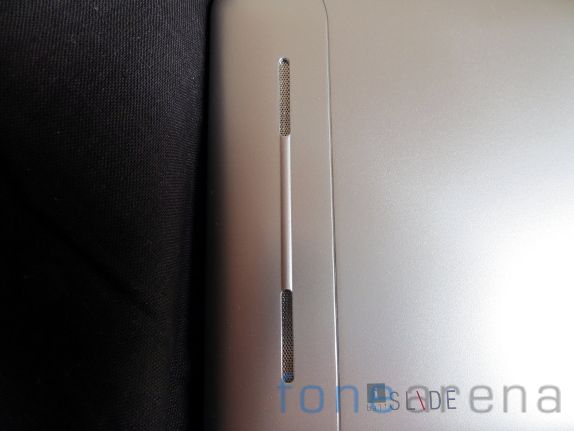 Dual speakers sit pretty at the back. 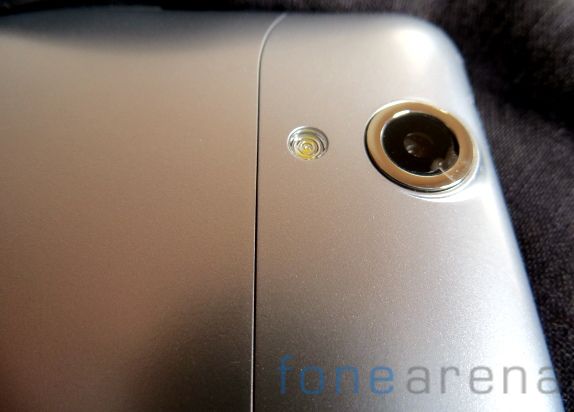 Camera is disappointing . 2.0 MP rear camera with a Flash LED. There is a front VGA camera as well.

The head side of the Tablet has a 3.5 mm audio jack, and a USB slot 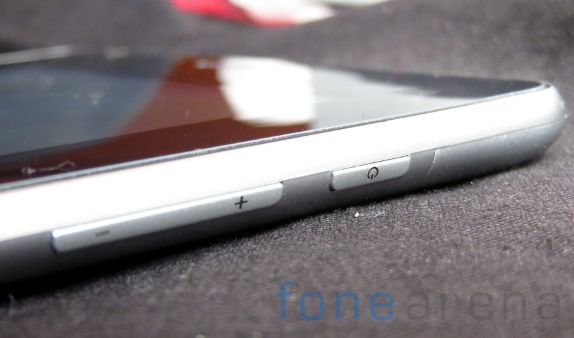 Power button and volume keys are on the side spine of the well built tablet. 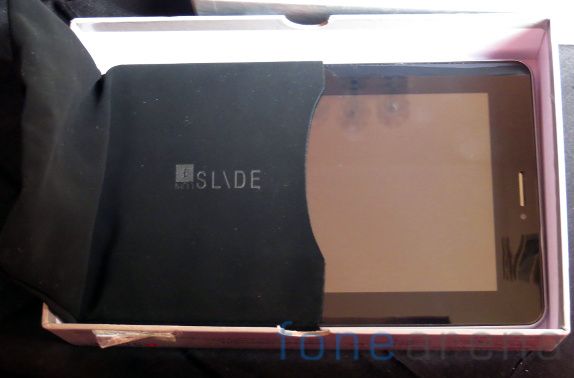 Inside the box is a velvet tablet cover of good quality.

Priced at Rupees 9,990 (MRP Rs. 10,499), the iBall Slide 3G 7334i has tough competition, to beat, in the market of economy Tablets. Samsung Galaxy Tab 2 P3110 and Micromax tablets are a few that have done well in this segment, thus far. We will bring you the review of the iBall Slide 3G tablet soon.