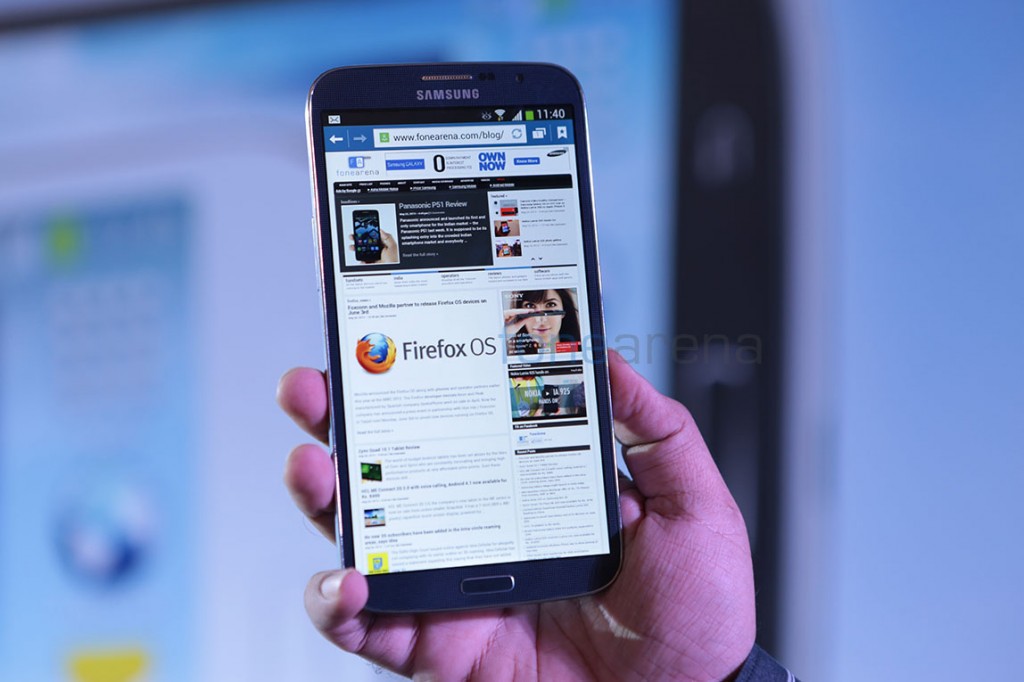 We just got our hands on the Samsung Galaxy Mega 6.3 and it is truly a mega phone with a massive 6.3 inch screen true to its name. The screen is a Super clear LCD with a 720p resolution and the phone is powered by a 1.7 GHz Dual core Snapdragon processor with 1.5GB of RAM. There is 16GB of inbuilt memory and also a microSD card slot which can take upto  a 64GB  microSD. The phone runs on Android 4.2.2 which is the latest version of Android with Samsung’s TouchWiz layer on top.

The first thing which impresses you when you look at the Mega 6.3 is the form factor of the device. 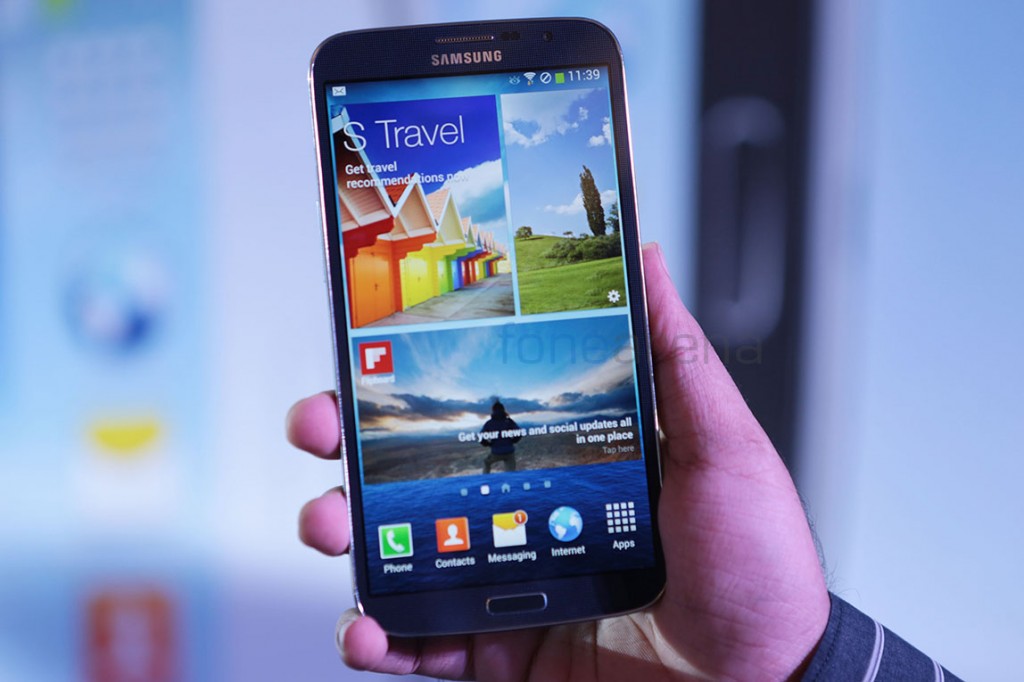 On the front is the massive screen which reminds you of Samsung’s Televisions. Although we would love to have the 1080p screen like on the S4, but we can’t complain much about a 720p screen on this Mega. Above the screen is the ear piece , the 1.9 MP front facing camera and various sensors including the ambient light sensor. Below the screen you have the physical home button and the menu key and back key which are backlit.

On the back you have a 8MP camera along with an LED flash on the back. 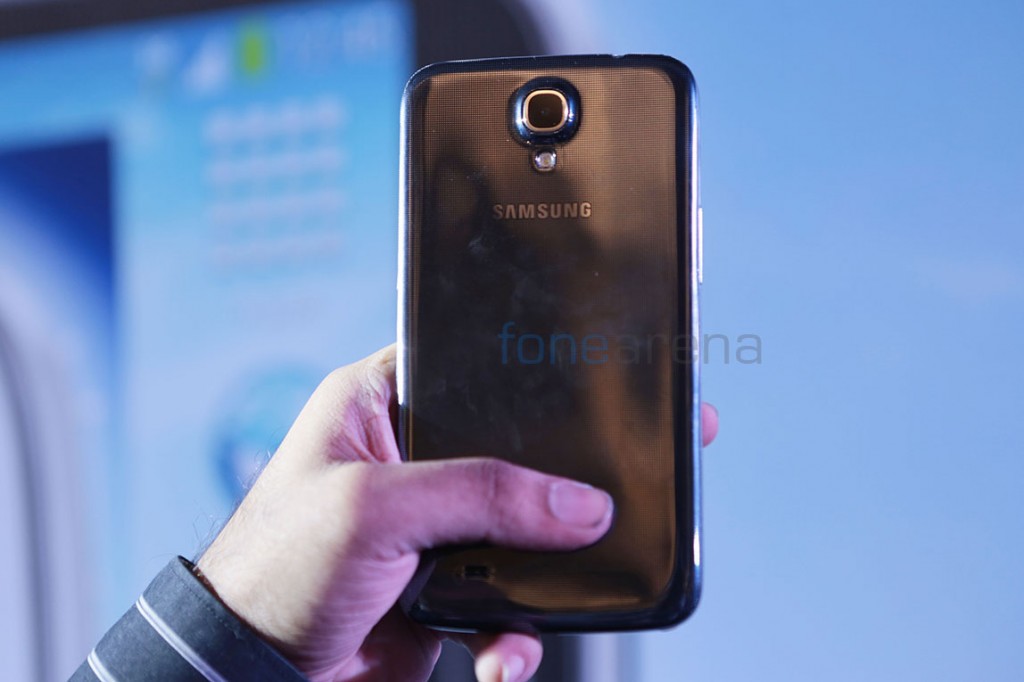 The back cover is removable and packs a massive 3200mAh battery and houses the microSIM card and the microSD card. 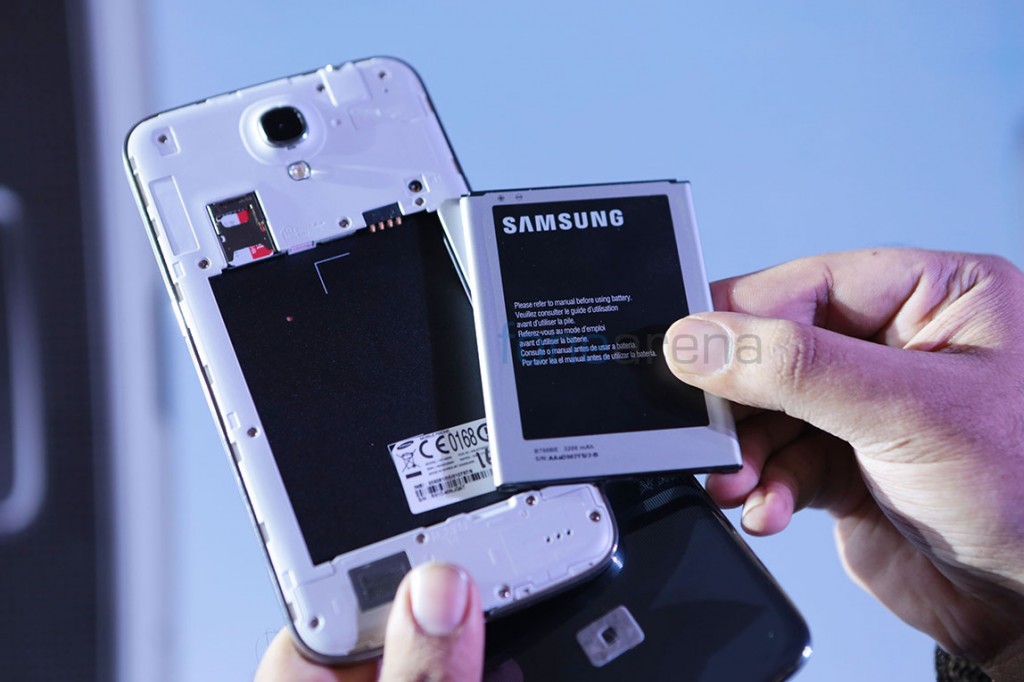 The phone is pretty heavy at 199 grams but I bet you won’t notice it when you pick the phone in your hands as the weight is evenly distributed throughout the phone’s chassis. 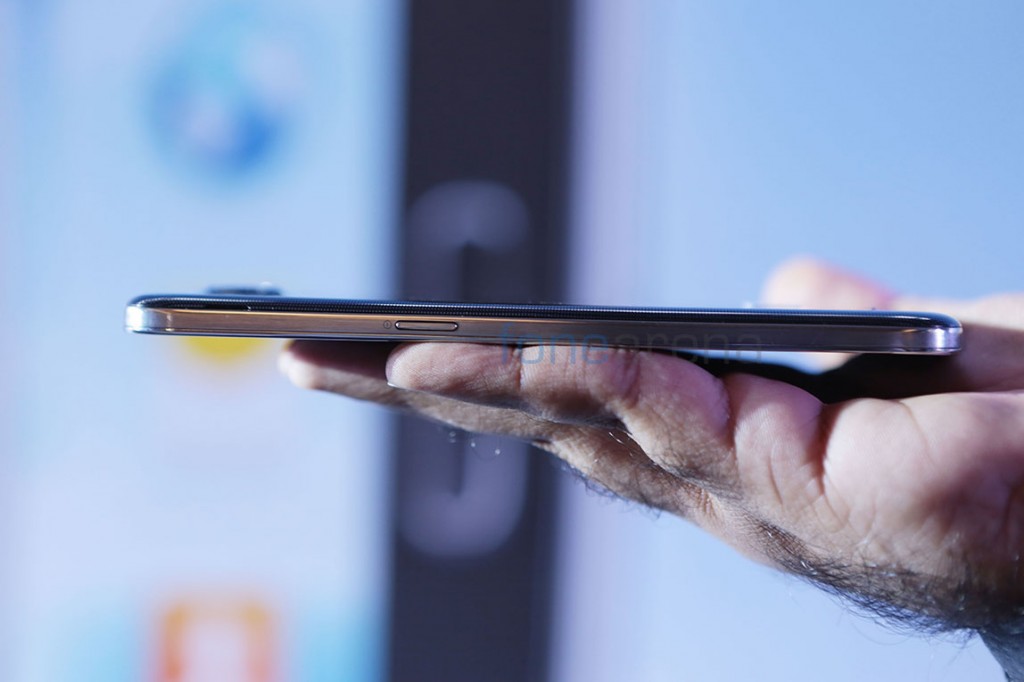 The phone is pretty thin at 9mm for a device which has a really large screen. 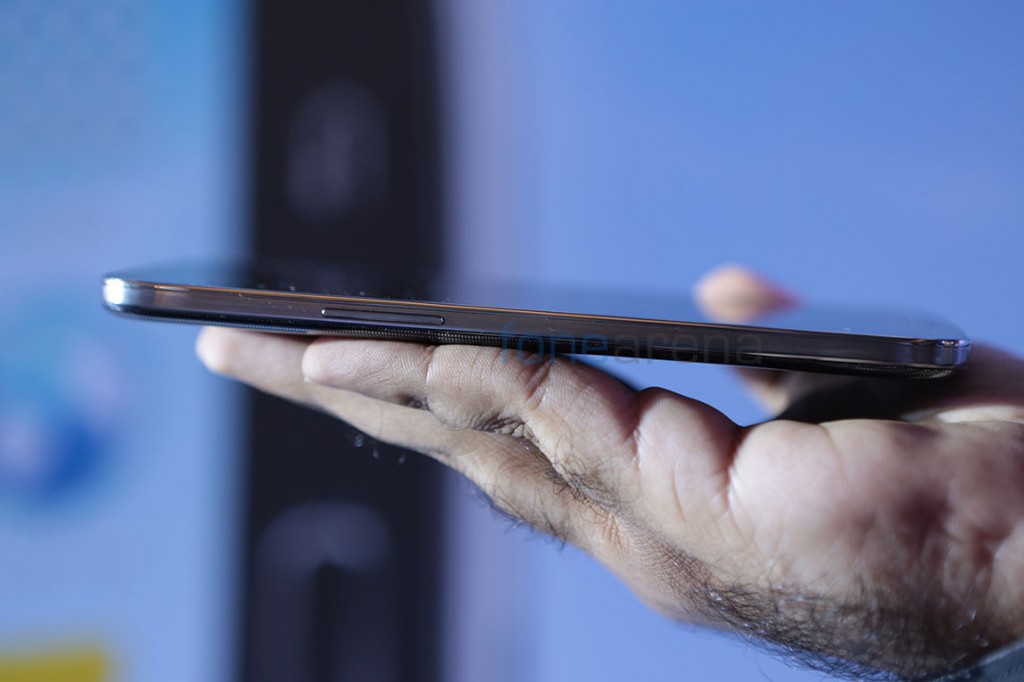 As you can see , you have the lock / power switch on the right side of the device. The volume rocker is on the left. The microUSB connector is at the bottom of the phone and the 3.5 mm audio jack and the IR LED sit on the top. 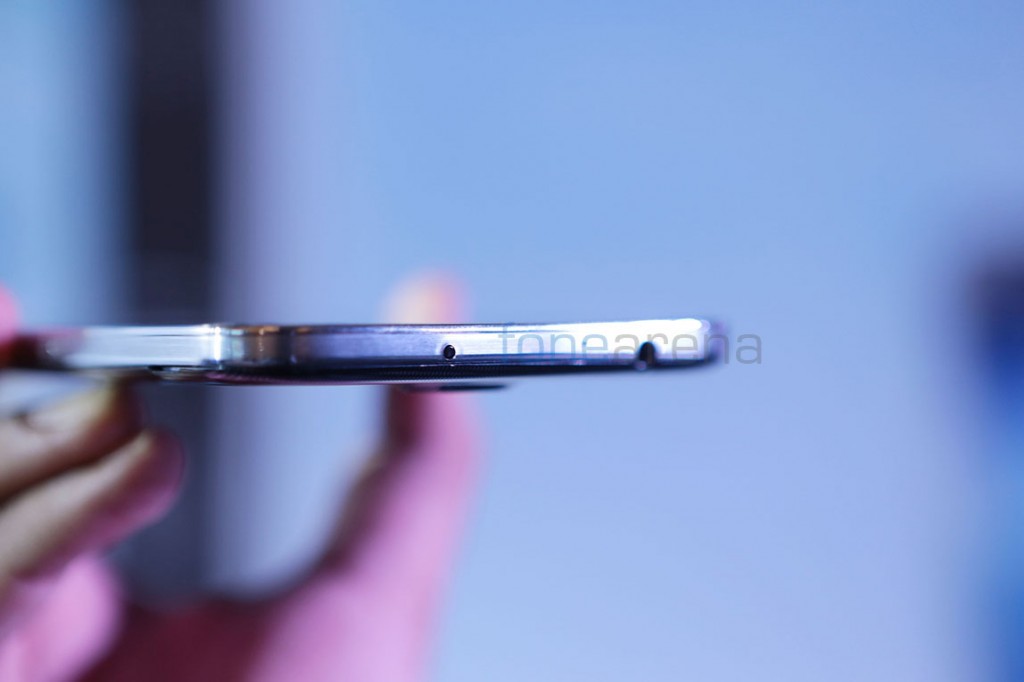 Samsung has decided to bring some of the features of the Galaxy S4 to the mega series like Group Play , Air View . Just to remind you the Mega 6.3 does not pack a stylus which you might have expected on a 6.3 inch phone. 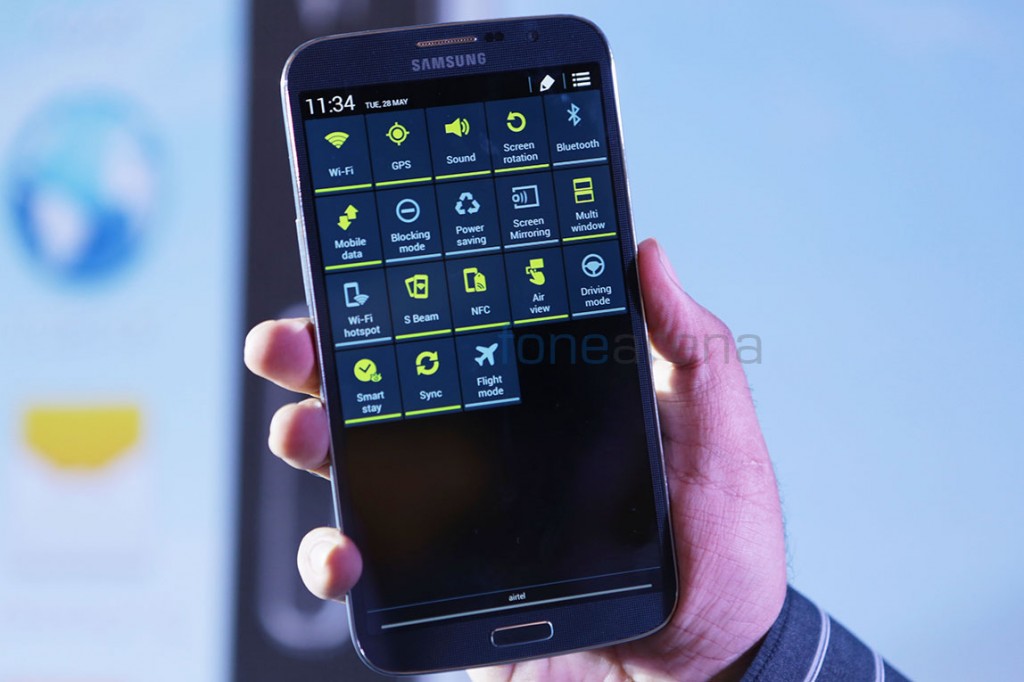 One nice feature on these phones is the ability to use the phone in landscape mode even in the homescreen. 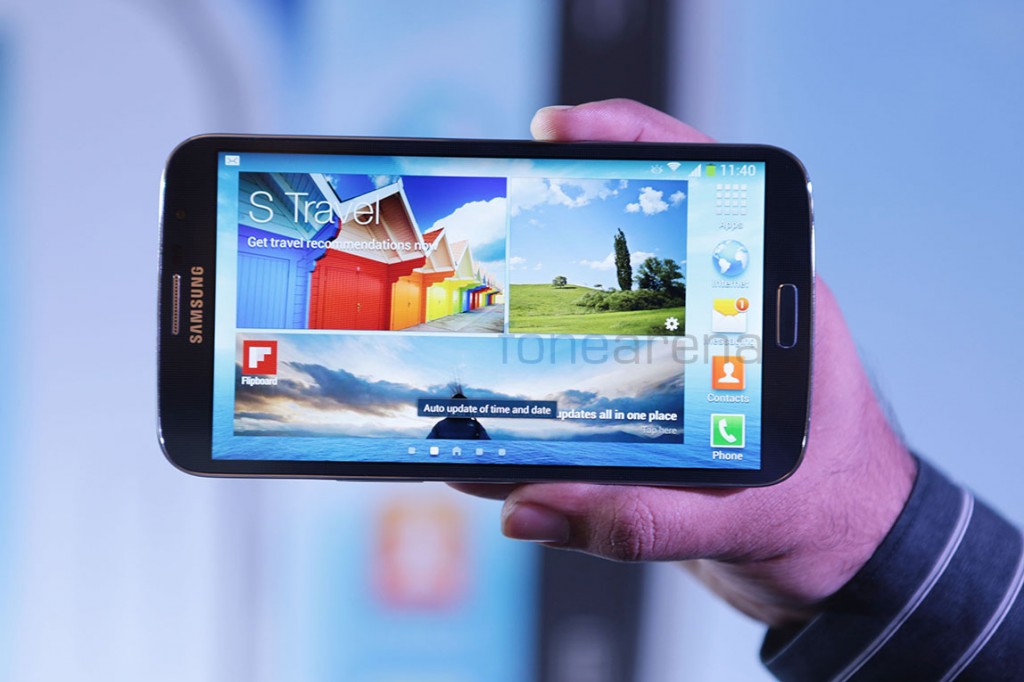 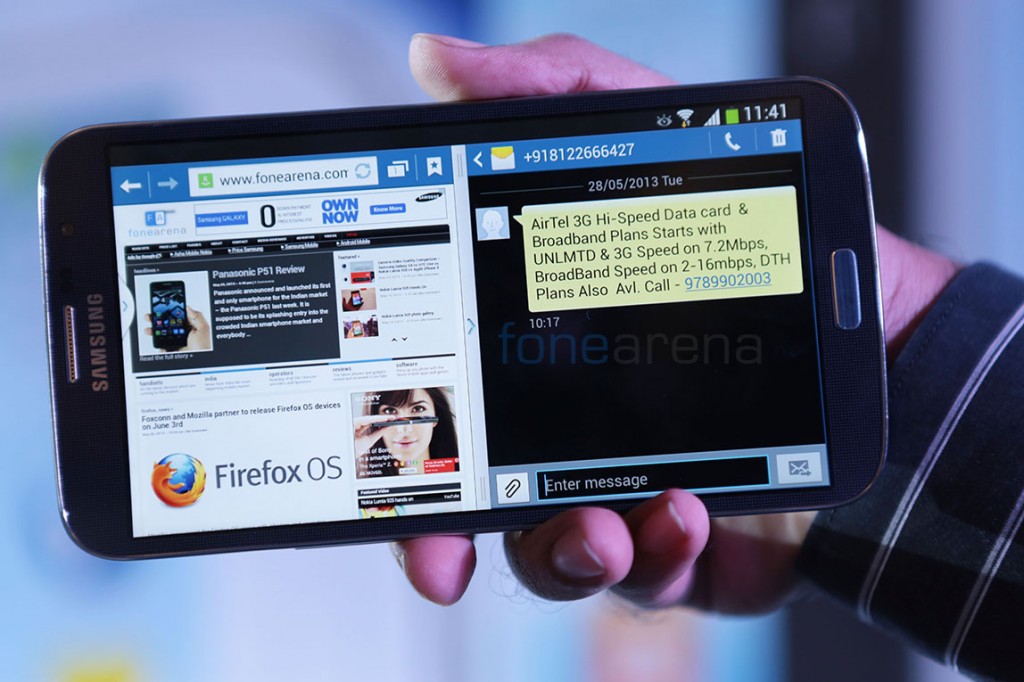 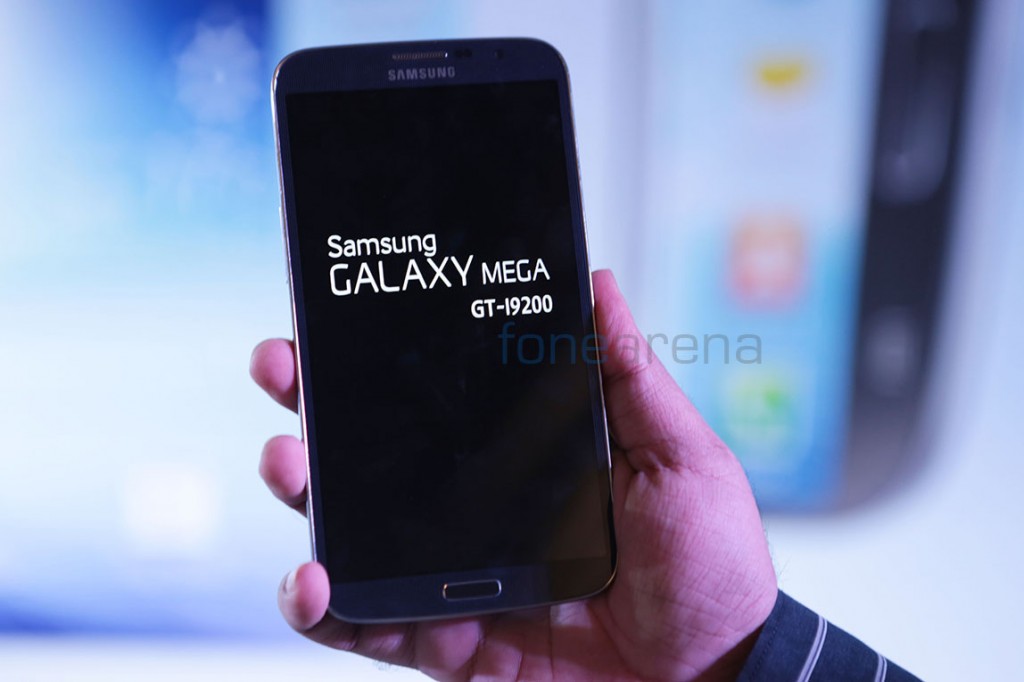 The Galaxy Mega 6.3 is hitting India in June and will be priced at Rs.31490 and it is placed between the Galaxy S3 and the Note 2 and aimed at users who crave for a large screen phone.Stay tuned to FoneArena for a complete review.I am all for large screens on mobile devices and really like the Mega 6.3 from that perspective but would you be comfortable putting a 6.3 inch phone to your ear and making a call ?