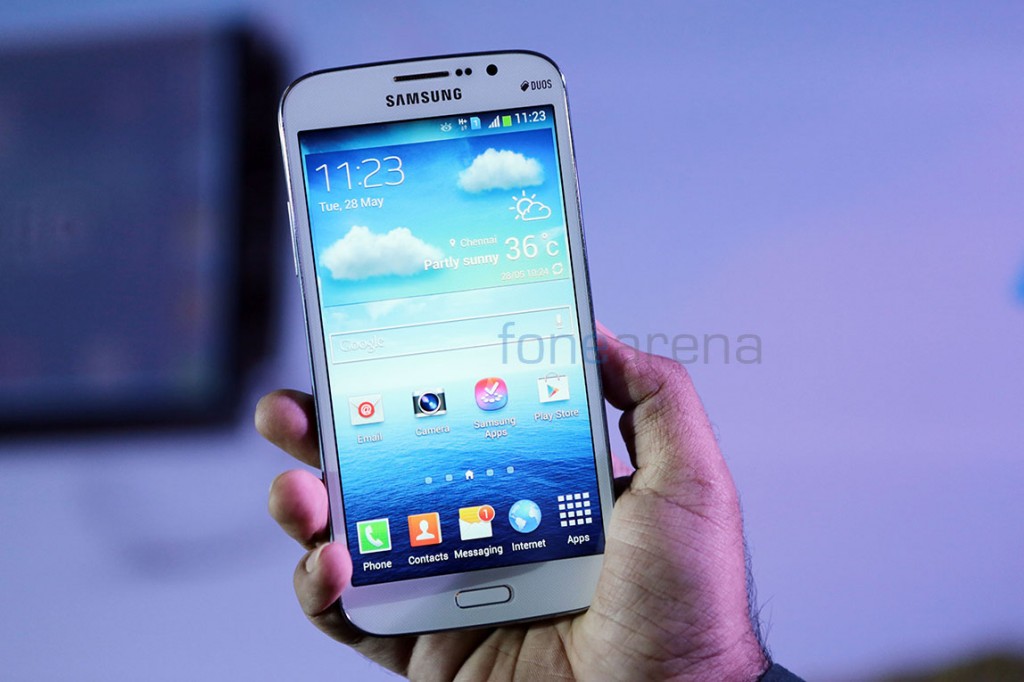 We got our hands on the Samsung Galaxy Mega 5.8 here in Chennai where the Korean handset maker launched the new Galaxy Mega range of devices. Here are some photos of the phone from the launch event.The Galaxy Mega 5.8 is part of the Duos range of Dual SIM phones from Samsung and packs a 5.8 inch screen which is obvious from the model name. The display resolution is only qHD (960x540pixels) and the phone is priced at Rs.25100

The phone does seem well built and features the same design language as the Galaxy Grand Duos and hits from the Galaxy S4. On the back you have the 8Megapixel camera along with a LED flash and the speaker grill. 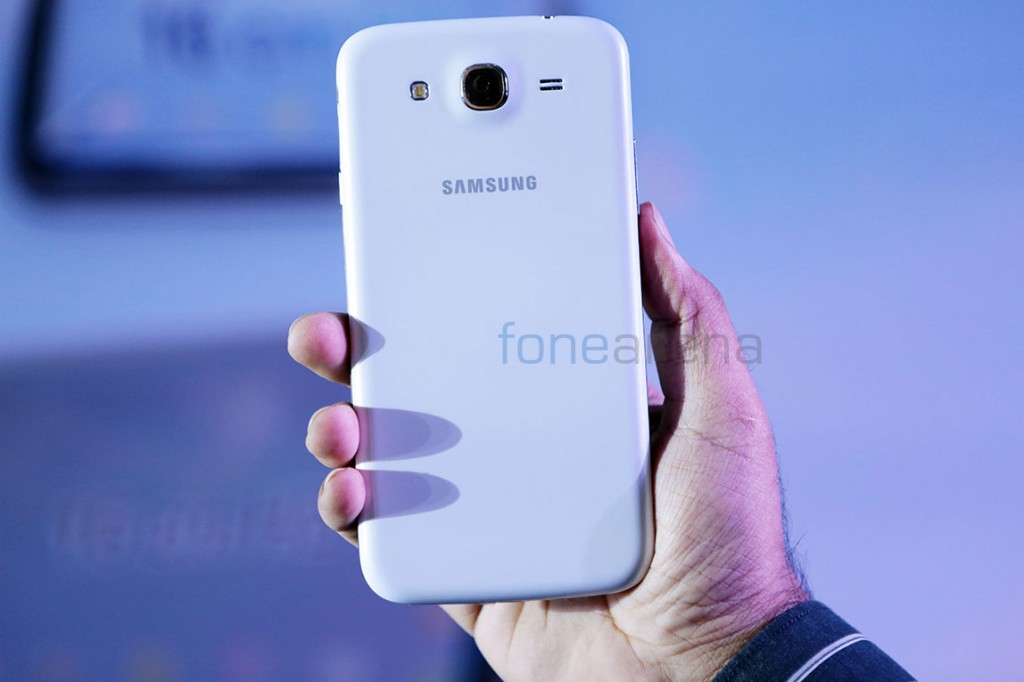 One cool new feature on the Mega series is that accelerometer now works in the homescreen and the phone can be used in landscape mode. 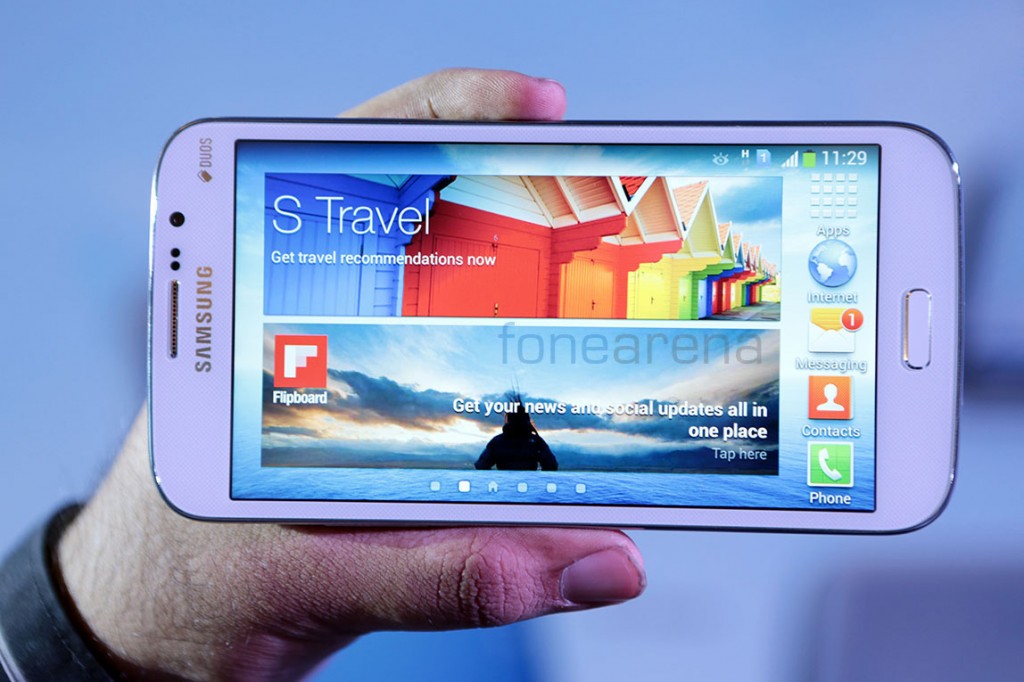 Opening the back cover you get access to the 2 microSIM card slots and also the microSD card slot for expansion. 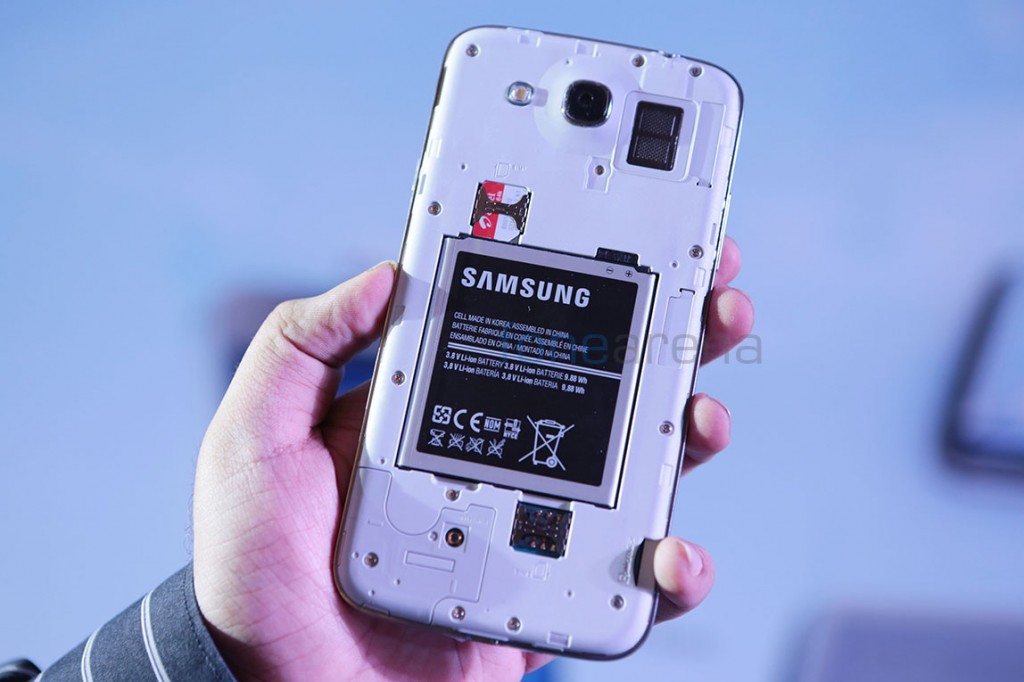 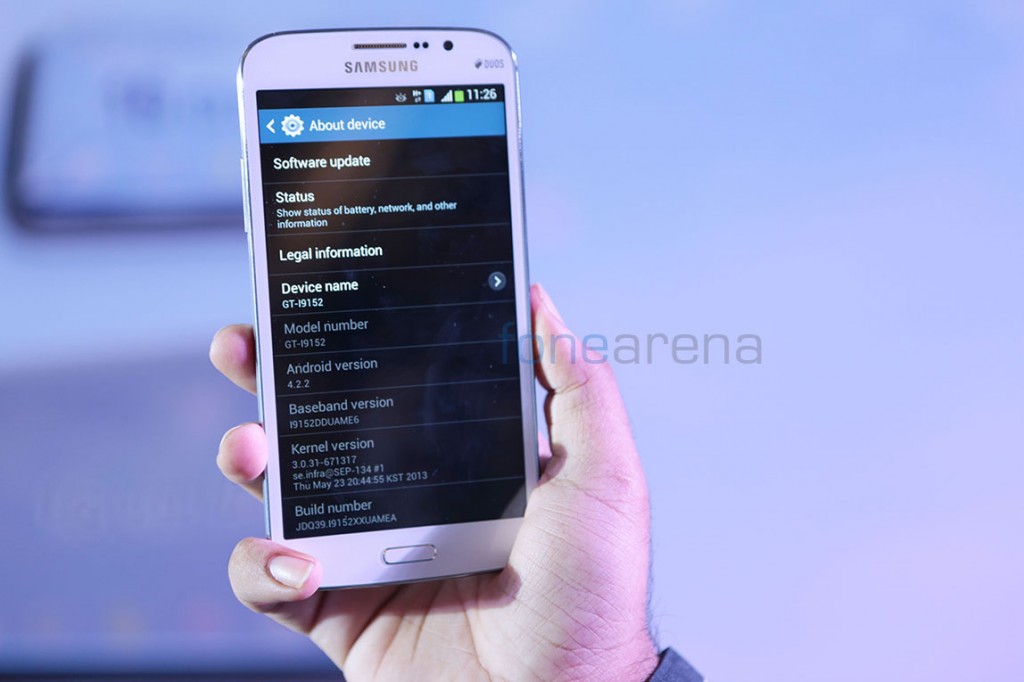 Find the complete photo gallery below

We are working on getting a video up too and should be up shortly. What do you think about the Samsung Galaxy Mega 5.8 ?