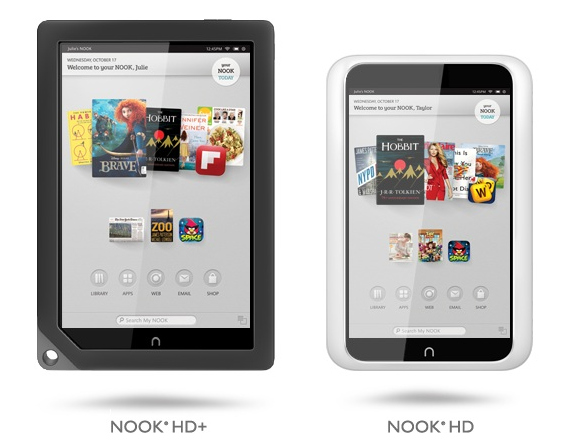 Barnes and Noble released the Nook HD and Nook HD+ tablets back in September last year starting at $199 and $269, respectively. The company has announced that these tablets would get Google Play Store app that would let users enjoy over 700,000 Android apps and games, millions of songs and more. In addition these would also include Google services like the Chrome browser, Gmail, YouTube, Google Search and Google Maps.

Barnes and Noble released these tables to take on Amazon, but after the release the company moved to 5th position in the worldwide tablet market share at the end of Q4 2012, according to the IDC report. In the latest IDC report Barnes and Noble has lost its 5th position to Microsoft, but Amazon is still in the 3rd slot. While Amazon is working on bringing its own application store to over 200 countries soon, which is not as huge as the Google Play, Barnes and Noble has come up with a great move by bringing the Google Play and Google services to their tablets to increase its sales.

Google Play and the other Google services would be available to new and existing NOOK HD and NOOK HD+ customers in the US and UK through an over-the-air (OTA) update (version 2.1.0) over Wi-Fi starting from today. Customers can also download the update manually from the Nook support page.