If the Nokia Lumia 920 and the HTC One are anything to go by then optical image stabilization are all set to become standard features in smartphones over the next year or two. The deterrent so far has been the size of the MEMS gyroscopes which don’t allow ultra slim phones. InvenSense intends to change by introducing the world’s smallest dual axis gyroscope for optical image stabilization in smartphones 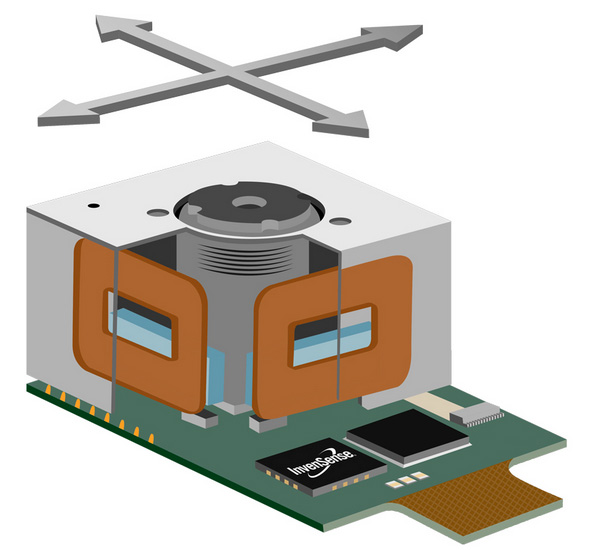 Measuring just 2.3×2.3×0.65mm, the IDG 2030 dual axis OIS gyroscope sets a new standard for size and manages to lower power consumption as well. InvenSense rates it at a 41% reduction in footprint, 28% lower profile and up to 50% lower power consumption than its nearest competitor. Estimates place optical image stabilization adoption to reach 60-80%of the market by 2016. The new IDG 2030 and IXZ 2030 gyroscopes will be sampled to select customers later this year towards the third quarter. Expect devices based on the new technology to start appearing around Q4 2014.