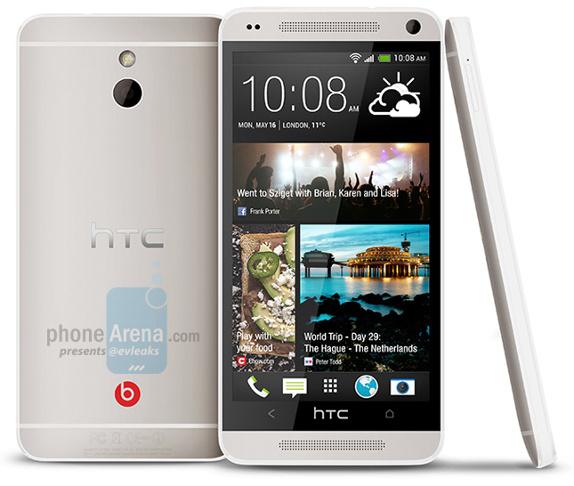 The HTC M4 first leaked out back in February earlier this year. Thanks to evleaks, press image of the HTC M4 has surfaced that reveals that the phone would have a similar unibody design like the HTC One that was announced back in February. The phone would come with a 4.3-inch (1280 x 720 pixels) HD display and a dual-core Snapdragon CPU as the earlier rumor suggested. It is also expected to come with a UltraPixel rear camera with LED Flash similar to the HTC One and Beats audio support support, but it would pack a 1700 mAh battery.