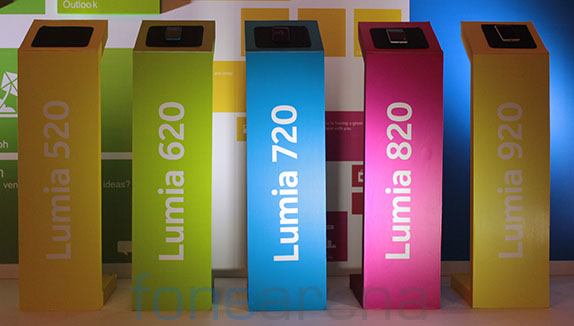 Chennai, April 30, 2013: Nokia has unveiled their latest Lumia range of smartphone including the Lumia 920, Lumia 820, Lumia 720, Lumia 620 and the Lumia 520. All these phones run on the latest Windows Phone 8 OS and are available at different price points, starting from Rs. 10,499. Nokia has also unveiled new Easy EMI offers at 0% Interest, No down payment and no processing fee for these Lumia devices. 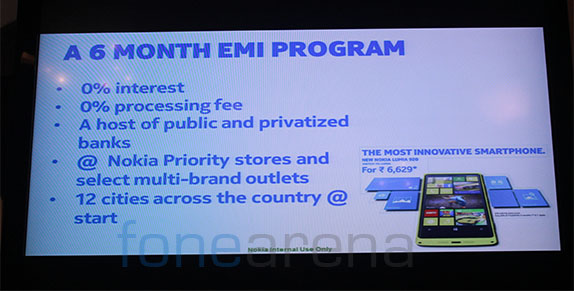 This scheme is available across 12 major cities across India over 200 outlets. It would let customers pay the amount in six equal installments (EMI) with HSBC, ICICI, HDFC, Citibank, Axis and many others. Nokia India recently launched the  handset insurance plan in partnership with New India Assurance (NIA) that starts at a minimum insurance premium of just Rs. 50 or 1.25% of the purchased handset’s value, whichever is lower.

Nokia has also announced that customers purchasing the Lumia 920 would get a free Nokia Wireless charging plate, the Nokia DT900, worth Rs. 3,999. This is offer is available till May 15, 2013.