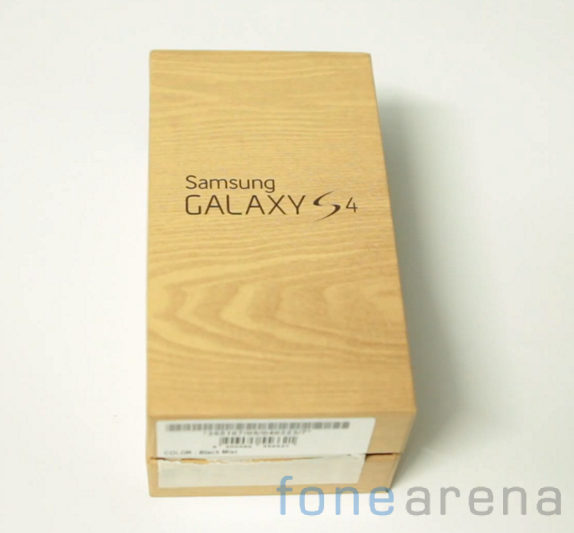 The Samsung Galaxy S4 was announced for the Indian market yesterday and priced at Rs.41500. Here is our unboxing video of the retail package which will go on sale in India today at several stores across India mainly in Delhi , Mumbai ,  Bangalore and Hyderabad.The Indian version packs Samsung’s Octa-core processor which is a combination of a 1.6GHz quad-core processor and a 1.2 GHz quad-core processor.

Here is the unboxing video below

In terms of features the Galaxy S4 packs a 5 inch SuperAMOLED Full HD display on the front and a 13 MP camera with LED flash on the back. The phone is driven by a set of quadcore processor which Samsung calls as Octa-core and packs 2GB of RAM and a pretty big 2600 mAh battery. 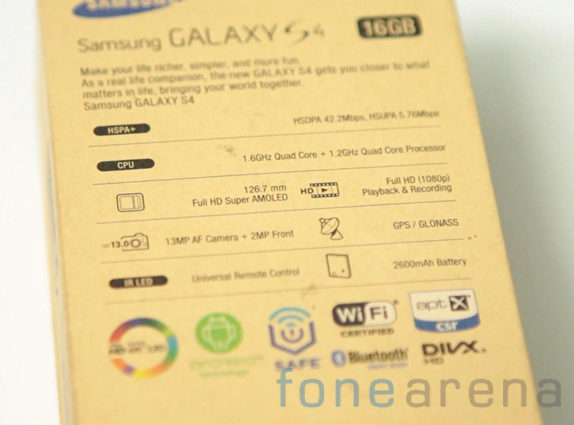 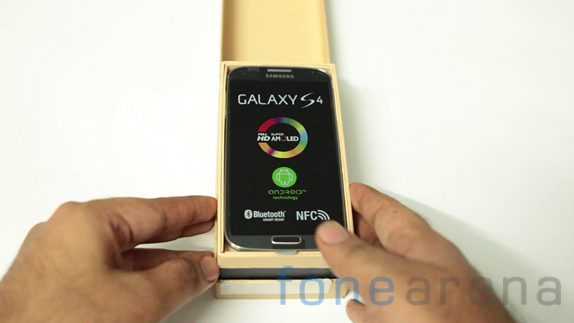 The package contents are fairly standard but the package is made of 100% recycled material and features a wood like finish.Looks much better than the plain white box which the previous Galaxy phones came in. 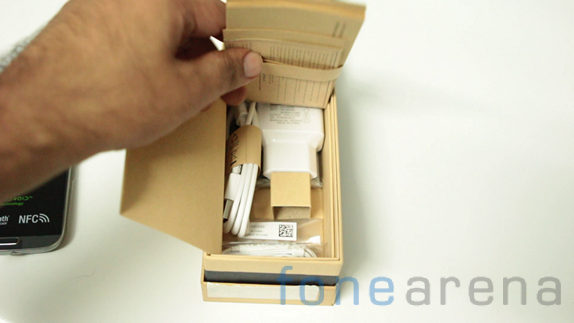 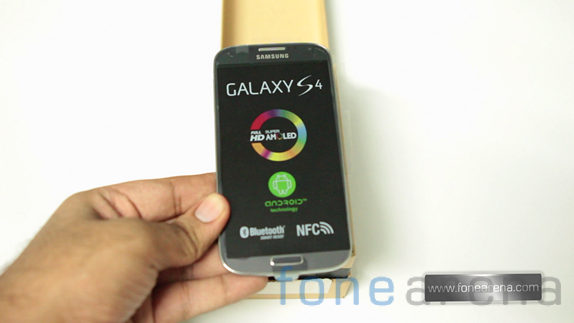 We are playing here with the Black Mist version,  there would a white version known as white frost which would also be available in India. 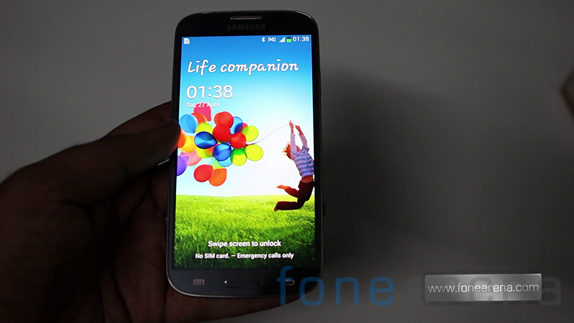 That Super AMOLED HS screen is a treat on the eyes !  Have any questions about the Samsung Galaxy S4 ? Ask in our video or comments below. Stay tuned to FoneArena for more S4 coverage including Benchmarks and comparison with the HTC One which is another top-of-the line Android smartphone.