D Shivakumar, MD at Nokia India, has quit the Finnish smartphone manufacturer after an 8 year stint that began in 2006. Based out of Dubai, Shivakumar over saw operations in 90 countries including Africa, West Asia and India. Shivakumar has no intentions of being associated with mobility, telecom and FMCG once he returns to India in June. 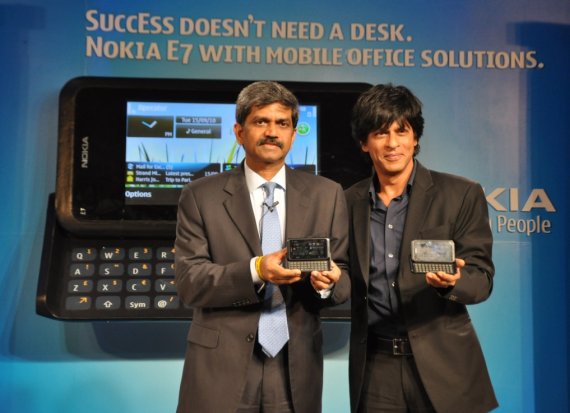 “When I joined Nokia, India had about 80 mobile phone subscribers. Today it is over 900 million. I believe that Nokia too had a role to play in this along with mobile operators.” Nokia’s dominance in India’s mobile phone segment is being increasingly threatened by the likes of Samsung, Sony and a range of Indian brands like Micromax and Karbonn. The company that enjoyed over 70% market share in India now stands fourth with sales of 2.227 billion handsets in 2012. The news will be added pressure on the company that is currently facing a legal battle around alleged tax evasion to the tune of Rs. 2000 crores.  Nokia is betting on improved sales of its Lumia line of smartphones to make a comeback. The company reported a positive trend in its 4th quarter sales report that can be attributed to strong holiday sales and new handsets.
[Source – ET]