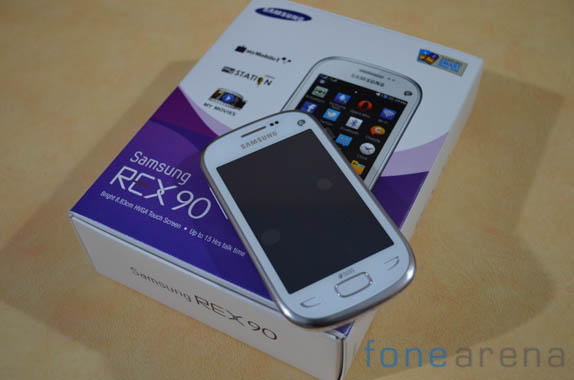 Samsung recently announced its latest line of Java based feature phones under the REX branding. We’ve got our hands on the top end model called the REX 90 and here’s a quick unboxing while we work on readying a review of the handset. The phone has an interface very similar to the TouchWiz UI seen on Samsung’s higher end devices.

The handset specifications include :

The REX 90 is a part of a brand new range of devices with price points that stretch from Rs. 4280 for the REX 60 to Rs. 6490 for the REX 90. You can read all about the REX series of phones by clicking here. We’ll have an in-depth review of the handset up in the coming days.