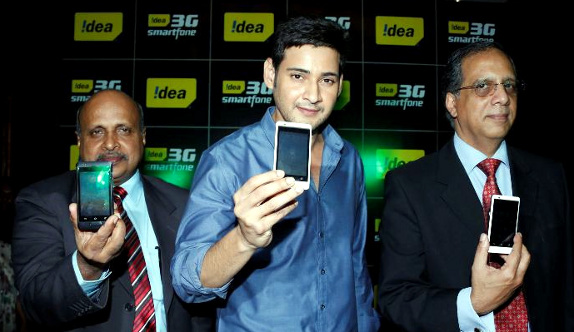 Idea has launched the Ivory, the company’s first phone with Android 4.0 (Ice Cream Sandwich). It features a 3.5 inch capacitive touch screen display similar to the Idea AURUS that was launched last September, but this has a 1 GHz processor. It comes with Dual SIM (GSM + GSM) support similar to the other Idea Smartphones. It comes with a 2MP rear camera.

Other features include, 512MB RAM, 4GB of internal memory, expandable memory up to 32GB with microSD. The connectivity features include, 3G , Bluetooth, WiFi, aGPS and the phone has pre-loaded apps including Facebook, Twitter, documents to go and more. It has a 1300 mAh battery.

The Idea Ivory comes in Black and White colours and is priced at Rs. 7390. It would be available from distribution channels and major mobile retail stores across India. Idea users purchasing the phone can recharge for Rs. 261 and get 1 GB of free data every month for first 3 months and free Idea TV.