Google has finally added India to the list of countries where developers can sell paid applications through Google Play Store. This would let the individual App developers and the developments companies in India to sell their paid apps and in-app products on Google Play. Google Play already shows amount for paid apps in INR. Google added some countries including Czech Republic, Israel, Poland, and Mexico to the list back in April. 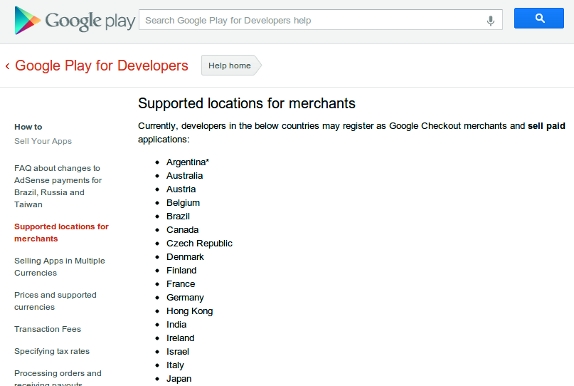 This is a big move from Google since most people in India have started moving from the feature phones to low-cost Android smartphones. Indian app developers could utilize this and launch paid apps, introduce in-app purchases and also launch paid ad-free version of their existing ad-supported apps. It would cost US$25 to signup for a new developer account.

[Update: Google has finally announced it officially that developers in India can sell paid applications, in-app products, and subscriptions in Google Play.]