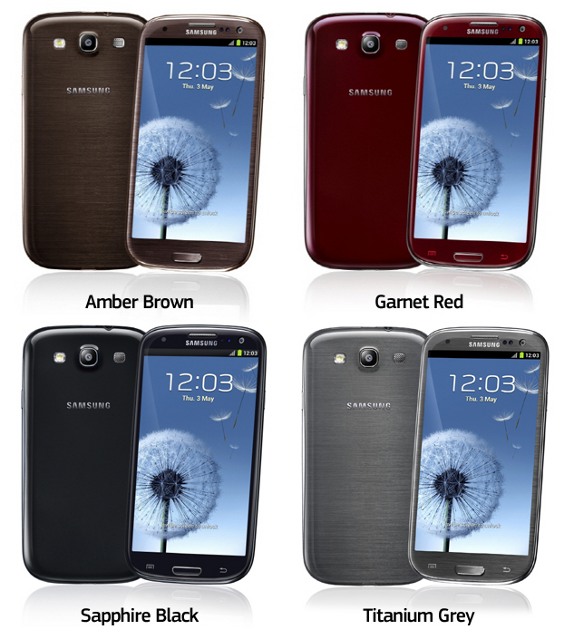 Even though the Red and Black variants are already spotted, the Brown and Grey grey colors are new. Samsung says these new colors are inspired from the earth’s natural materials similar to the Marble White and Pebble Blue colors. These phones would have a material called Hyperglaze on the back cover casing that would offer an illusion of dual colours, adding depth to the design.

Other features are similar to the original Galaxy S3, such as a 4.8 inch Super AMOLED display, 1.4GHz Quad-Core, 8MP auto focus camera with LED flash, 1.9MP front camera and 2100 mAh battery. The availability of these colors might vary depending on the country and carrier/retailer.